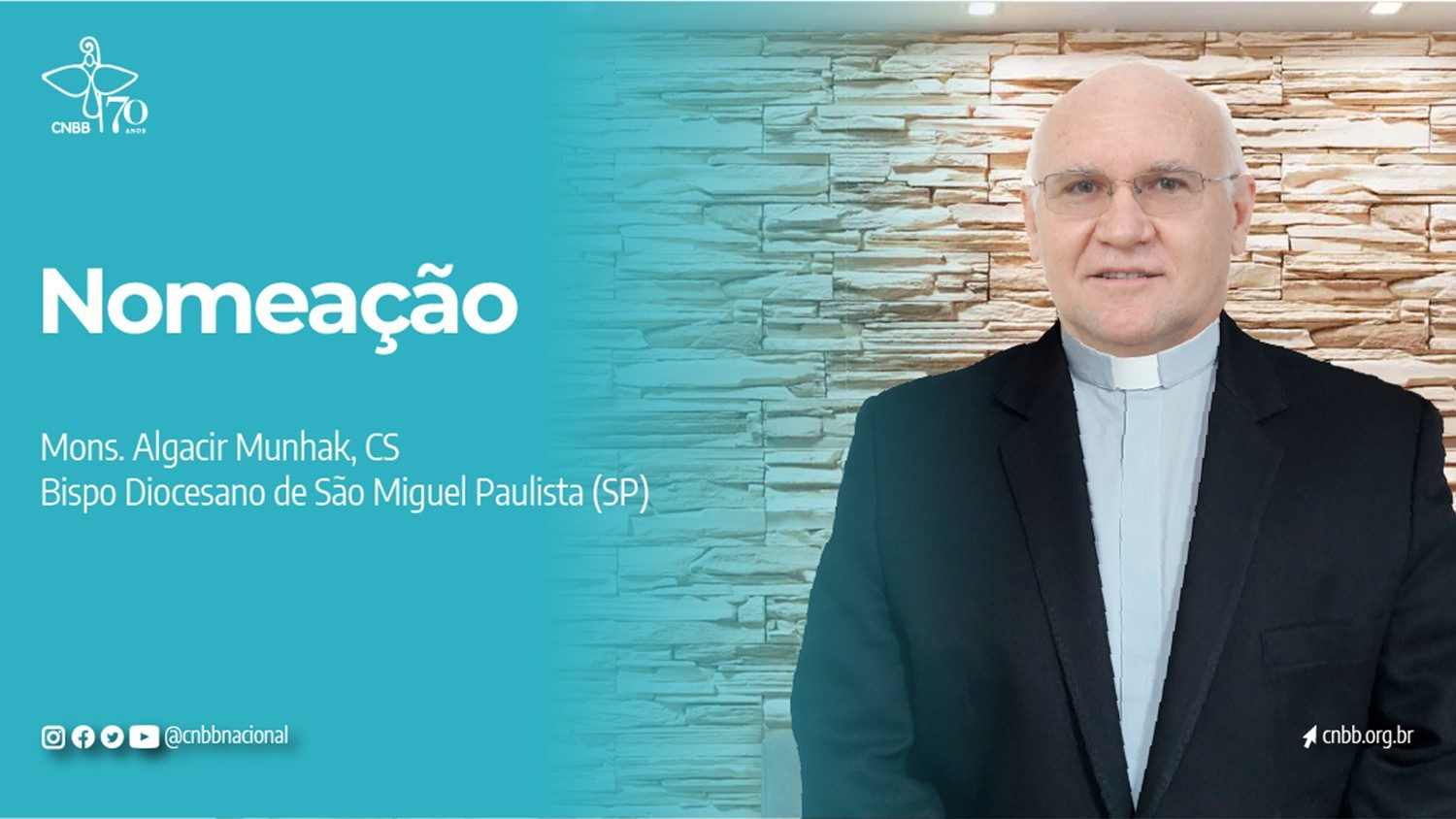 Diocese of São Miguel Paulista has a new bishop

The Holy Father accepted this Wednesday, September 21, the resignation of the pastoral government of the Diocese of São Miguel Paulista (Brazil) presented by Dom Manuel Parrado Carral. To replace him, the Rev. Foot. Algacir Munhak, CS, Superior of the South American Region Our Lady Mother of Migrants of the Scalabrinian Missionaries.

Dom Algacir Munhak was born on April 19, 1966 in Cascavel, in the Archdiocese of the same name, in the State of Paraná. After studying Philosophy at the Berthier Higher Institute of Philosophy in Passo Fundo-RS, he obtained a Bachelor’s Degree in Theology from the Pontifical University of São Tomás de Aquino (1994) and then a Licentiate in Biblical Theology from the Pontifical Gregorian University in Rome (1998).

He professed his Perpetual Vows in the Congregation of the Scalabrinians on November 4, 1995. His diaconal ordination took place on December 8 of the same year, in Rome. On August 17, 1996, he received priestly ordination in the parish of São Cristóvão, in Cascavel, by the imposition of the hands of Dom Jacyr Francisco Braido, at the time, bishop of Santos (SP).

He held the following positions: Spiritual Director at the Seminary of Sarandi-RS (1998) and at the Seminar of Philosophy in Passo Fundo-RS (1999); Vocational promoter; Rector of the Propaedeutic Seminary in Porto Alegre-RS (2000-2001), of the Seminary of Passo Fundo-RS (2001-2005) and of the Nossa Senhora de Caacupé Seminary in Ciudad del Est, Paraguay (2005-2006); Vice-President of the Chilean Catholic Institute of Migration (INCAMI) and Parish Vicar of Our Lady of Pompeya in Santiago de Chile (2006-2010). He was also a member of the Human Mobility Pastoral Section of CELAM. Subsequently, he was Provincial Superior of San José based in Buenos Aires (2010-2013).

With the unification in 2013 of the Scalabrinian Provinces of Brazil, Argentina, Chile, Bolivia, Paraguay, Uruguay and Peru in the South American Region Our Lady Mother of Migrants based in Porto Alegre-RS, Dom Munhak served as Treasurer (2013-2019). ). On June 1, 2019, he was elected Superior of the same Region for a triennium, being re-elected on June 1, 2022.