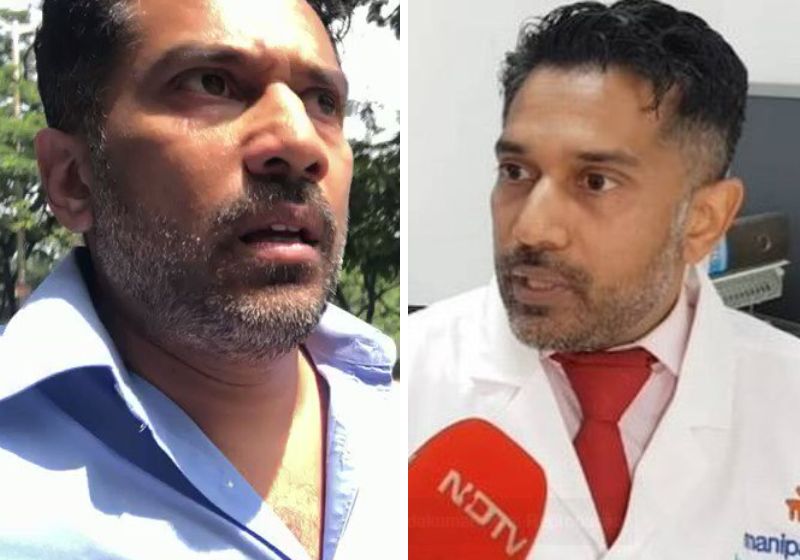 A doctor became known as a hero. The healthcare worker hit a giant traffic jam on the way and simply ditched the car and ran 3km on foot for emergency surgery. (video below)

“Looking at the huge traffic jam, I decided to leave the car with the driver and ran towards the hospital without a second thought,” said Indian doctor Govind Nandakumar.

The case that has now been released, took place on August 30 in Bangalore, Karnataka, in the south of the Indian subcontinent, and the doctor is receiving much praise on social media for his commitment and dedication.

Doctor Govind even published a moment of the race on his social network. Dubbed the “white coat savior”, the video went viral.

Govind is a gastroenterology surgeon and had an emergency laparoscopic surgery on a patient with severe bowel problems.

However, he did not expect to experience a traffic jam lasting more than 45 minutes for a 3 kilometer journey. That’s when he abandoned the car and ran to the hospital on foot.

“I don’t like to keep patients waiting too long,” said the doctor, who went viral on social media as an example of dedication to the profession.

The case highlights the traffic problem in Bangalore and other cities in India. In an interview with the Karnataka press, Nandakumar criticized the city’s infrastructure and called for a reduction in traffic.

“I love my city, there is no doubt. But we urgently need to improve its infrastructure,” he added.

Fortunately, it all worked out. The patient is doing well and the surgery was a success.

How good it is to see people like this full of professionalism and empathy!

Watch the video of the doctor running down the street:

Savior in white coat beats traffic to save a soul

Stuck in traffic, he ran 3 km to reach operation theater on time. pic.twitter.com/nHqbITLc9C

With information from Metro World News

Previous NASA records the noise of an asteroid colliding with Mars for the first time; listen up
Next ‘Peanut Butter Hawk’ is this Wednesday’s attraction (21/09)