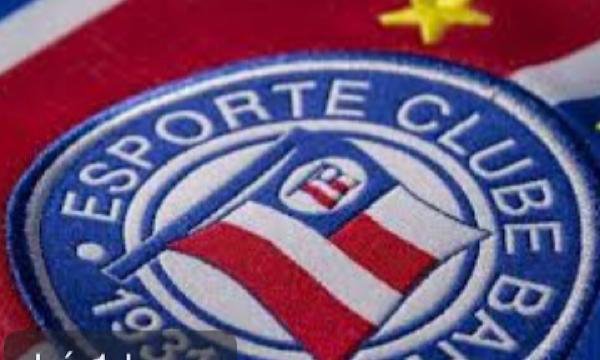 Grupo City will be the new owner of Bahia

The board of Bahia summoned its advisors, this Tuesday (20/9), to present the proposal for the formalization and sale of the possible Sociedade Anônima do Futebol (SAF) of the club to the Arab fund City Football Group.

The event will be next Friday (23/9), at the Bahia Museum, in Fonte Nova. Representatives of Grupo City are already in Salvador to discuss the details of the proposal. They met with Bahia officials at the training center, where, together, they watched the under-17 team’s match against Fluminense.

After presenting the offer to the directors, the document will be analyzed by the Deliberative Council and the Audit Committee, which will issue an opinion on the proposal.

The final decision to sell SAF do Bahia to Grupo City will be endorsed by the partners at an Extraordinary General Meeting (AGE) that will still be convened. A priori, the agreement provides for a contribution of R$ 650 million for 90% of the club’s SAF. The tricolor claims that the main discussion was based on the sports project. 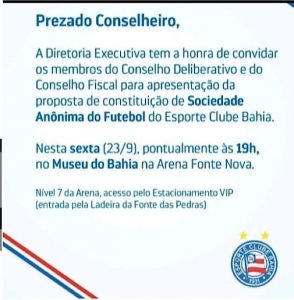 “Since last year, when the law was enacted, we have been looking for the conception of what would be the best project for Bahia. We have advanced a lot and we are very close to the construction of this project. Because Bahia is not in the market for a check. We are after a project. The center of our agenda is: what is the project that we want to put for the associate, for the counselor to analyze. Within that project is the money, of course. A winning project is not built, which changes Bahia’s level, without injection of resources. But the appeal cannot be the only decision”, say the top hats of Esporte Clube Bahia.

The clubs of the City conglomerate:

Do you want to stay on top of everything that goes on in the world of sports and receive the news straight to your cell phone? Enter the Metrópoles canal on the telegram and don’t forget to follow us on Instagram!