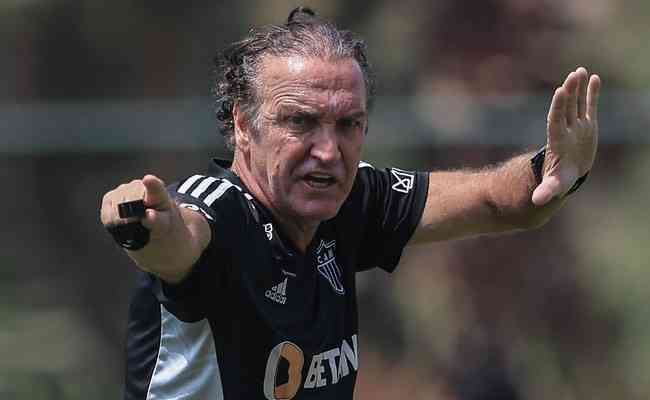 Mecenas does not guarantee Cuca in the Atltico in 2023: ‘Following the market’

Sponsor and future president of the Atltico Deliberative Council, businessman Ricardo Guimares does not guarantee the permanence of coach Cuca in 2023. “We haven’t defined it yet, but we are following the market”, emphasized the investor.

Faced with the bad phase, the high level of the Atltico is organized for 2023. Businessman Ricardo Guimares showed the board’s dissatisfaction with the alvinegro moment and does not guarantee the sequence of Cuca in command.

“We are thinking about 2023. We haven’t defined it yet, but we are following the market. People say: ‘Oh, where’s the planning? You have to decide in advance’. But the planning that works is the one where you win. (. ..) Cuca said that the performance has to improve. We are not having a good performance on the field. It’s horrible. Itatiaia.

“He’s also not satisfied with what’s happening. I don’t know if he wants to renew with this situation. First, he wants to show that he’s going to turn this around to renew. Imagine: we renew with Cuca. If they don’t win in 2023, the press itself or the fans will say: ‘They insisted on Cuca, who had been losing.’

Sampaoli back to the Atlantic?

The investor was also asked about a possible return of Argentine Jorge Sampaoli to the technical command of Galo. He praised the foreign coach, but did not comment on a possible negotiation.

“Jorge Sampaoli is a great coach, he did a great job. He went to France, he did a very good job. He is a high-level name. We are always following the coaches”, assured Ricardo Guimares.

At 62 years old, Sampaoli was under the command of Galo for 45 games in 2020, winning the title of the Campeonato Mineiro. The Argentine’s stint in Minas Gerais football was also the mark of a “turn of key” at Atltico, with more investments in large-scale signings and growth in the level of football presented by the team.