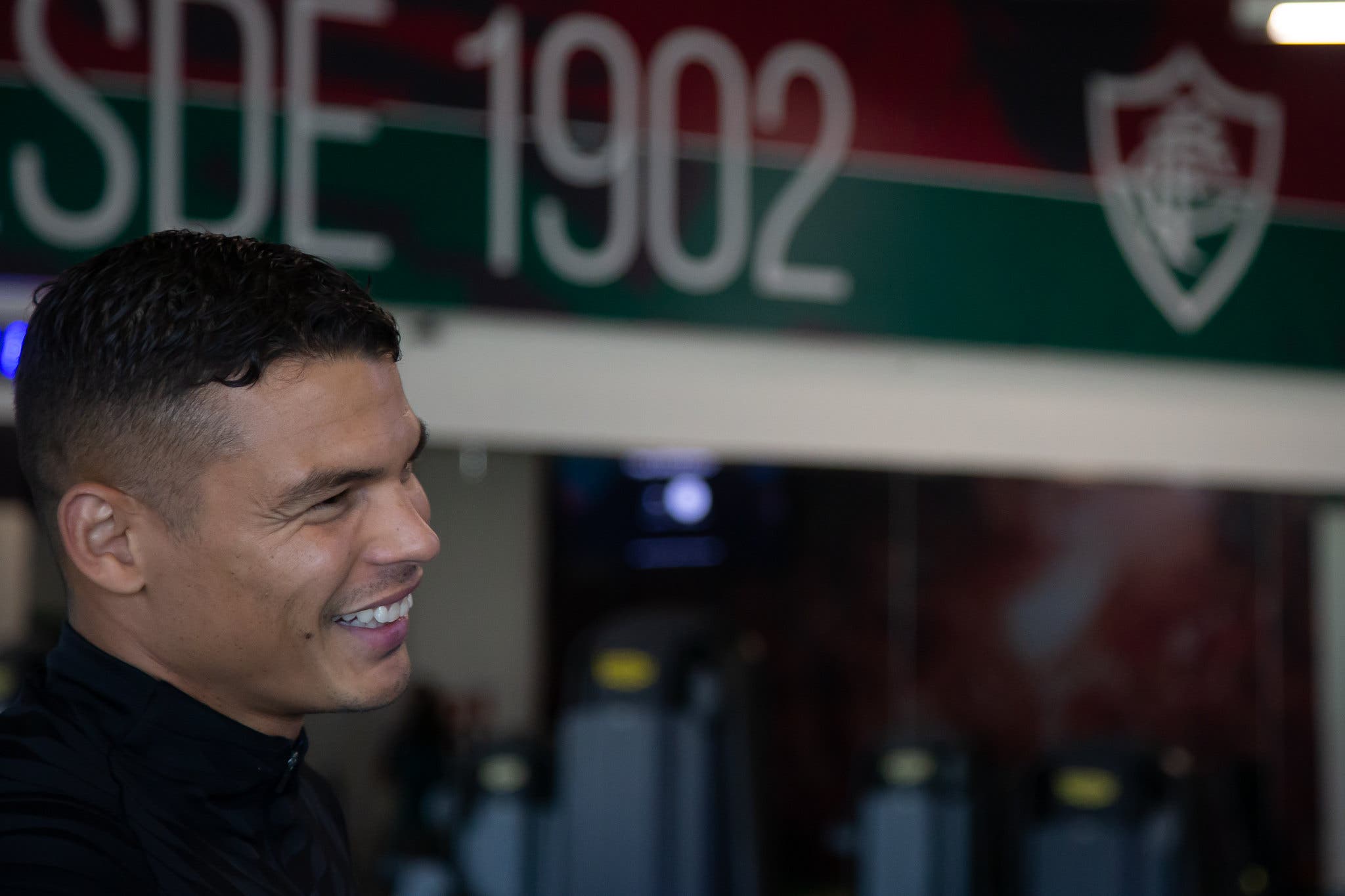 Thiago Silva melts for Dinizismo: “It makes us more passionate about football”

In an interview with ESPN, defender Thiago Silva, Fluminense’s idol, melted for the style of play practiced by Tricolor currently in the hands of coach Fernando Diniz. The athlete said he would accompany the Team of Warriors matches, when possible, and he was just praising the model.

– Whenever there is a possibility, that the game is a little later there (in Brazil), at the beginning of the night, I can follow because it starts around 11:30 pm here. So you can follow along for a bit. I see a super automated team. All ‘Diniz de being’. The players understood very well what he goes through. When you see Fluminense play, you know that team belongs to Fernando Diniz. I really like Diniz, I’m a big fan of his. I played with him at Juventude – said the defender, adding:

– When I see this game well played, it makes us more and more passionate about football. The team captain also said that Diniz’s style of play is also his “favorite style to be a part of”. I’m a defender who hardly likes to kick unless you really need to. But when you have to lure your opponent out to play and counterattack him, this type of game is the best. The approach, of having more players on one side of the field to have superiority. This type of game attracts me a lot – he concluded.

Previous New movie wins screenwriters; find out who they are!
Next Moto G200 vs Moto Edge 20 Pro: compare price and datasheet | Cell