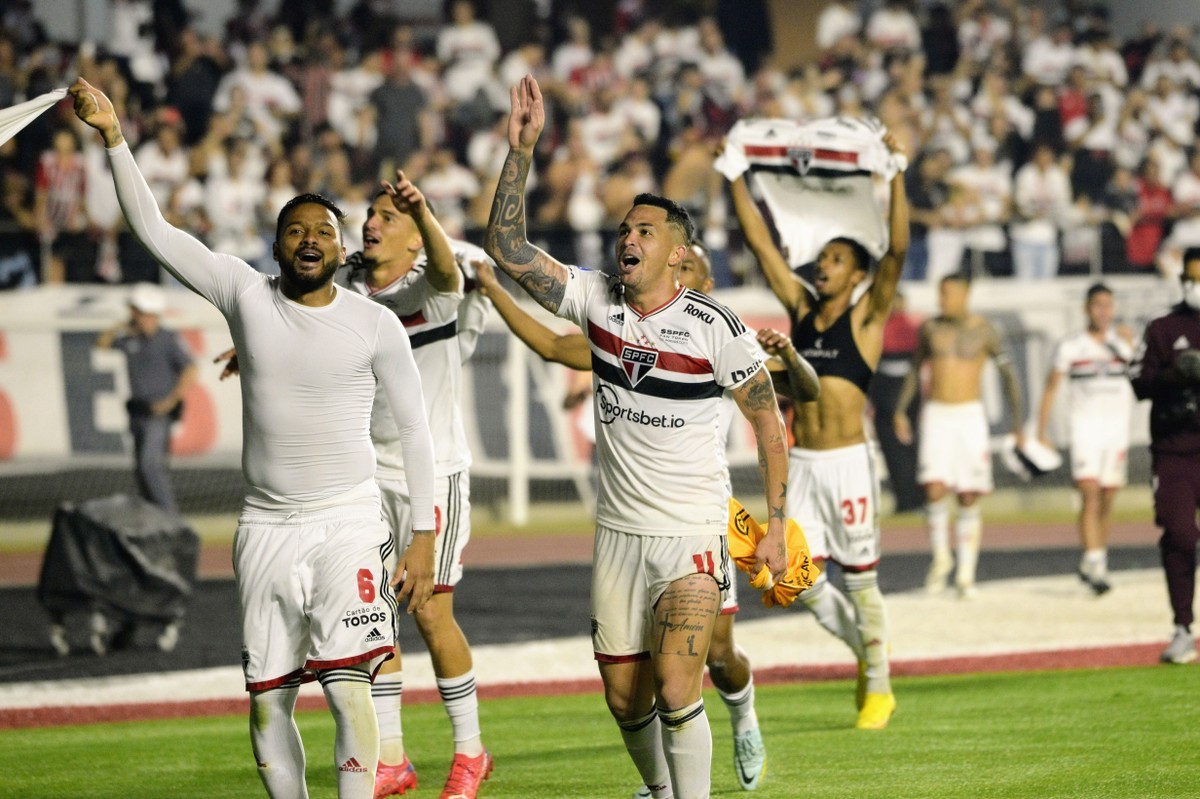 São Paulo starts the week divided between the break in the Brazilian Championship and the longer preparation for the final of the Copa Sudamericana, on the 1st, against Independiente Del Valle, in Cordoba, Argentina.

The planning for the rest of the Brasileirão goes directly through the final of the continental competition. If the title comes, the club will worry about reaching 45 points, a number considered magical to escape relegation. Even planning for 2023 will get an early start with the trophy.

If the title ends with the Ecuadorians, the squad will accelerate in an attempt to seek at least an eighth position, which should ensure a spot in the Libertadores qualifying phase.

Simulate here the future of Tricolor in the Brasileirão

Entering directly into the top four, which guarantees a spot in the group stage, is something practically ruled out within the club, due to the current distance.

Rogério Ceni aims at the G-8 of the Brasileirão, especially if the title doesn’t come on the 1st — Photo: Fabiane de Paula / SVM

With 34 points, São Paulo is 11 from Flamengo, currently fourth in the table. The 11 difference is exactly what São Paulo calculates to calm down in the season.

Counting that Flamengo, Corinthians and Athletico are among the six and would increase two spots for being in the Libertadores and Copa do Brasil finals, Tricolor is planning to fight for the G-8. There are five points of difference for América-MG.

– There are still games to go. In theory, it is important to think about the G-8, as direct classification is practically impossible. The year was full of games and we were not able to give the attention we wanted to the Brazilian – said Ceni.

– The fan will be present at Avaí. Reaching 37 points, we gained confidence for the final, we got out of the uncomfortable situation and started to fight with other teams for an eighth position. Then we will see the rest during the championship until the 13th – he added.

After the South American final, São Paulo will have ten games to go to finish the season. The temperature of these commitments will directly depend on the next two duels: Avaí and Inedpendiente Del Valle.

Previous True Crime Series ‘A Friend of the Family’ with Jake Lacy: Cast, Premiere Date, Trailer, and Everything Else We Know
Next Valuable tips to save your cell phone battery