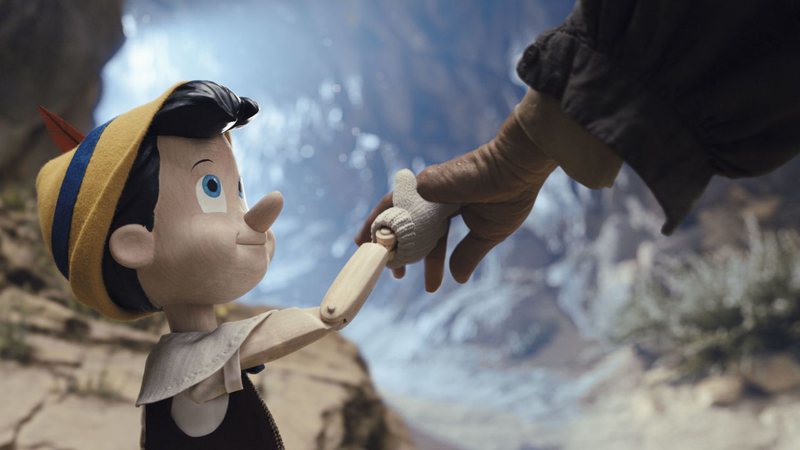 Robert Zemeckisan Oscar-winning filmmaker, is responsible for directing the live-action and CGI version that retells the beloved story of the wooden puppet who embarks on an electrifying adventure to become a real boy. Tom Hanks plays Geppetto, the carpenter who builds and treats Pinocchio (Benjamin Evan Ainsworth) with the son.

The actor Joseph Gordon-Levitt it is Jiminy Cricket, who acts as Pinocchio’s guide and “conscience”; Cynthia ErivoOscar nominee, is the Blue Fairy; Keegan-Michael Key is João Honesto; Lorraine Bracco, also an Oscar nominee, plays the new character Sofia; and Luke Evans is the Coachman. Check out the trailer!

In addition to “Pinocchio”, check out other live-action productions that are also available in the catalog of Disney+ and you need to check it out!

Synopsis: “The story of “Cinderella” follows the life of young Ella (lily james), whose merchant father remarries after his mother’s widow. When Ella’s father unexpectedly passes away, she finds herself at the mercy of a cruel and envious new family.”

Synopsis: “’The Mowgli: The Wolf Boy’ features an all-new epic adventure about Mowgli (Neel Sethi), a boy raised by a family of wolves. He feels he is no longer welcome in the forest when the feared tiger Shere Khan, who bears scars caused by poachers, vows to eliminate what he considers a threat. Forced to abandon the only home he knows, Mowgli embarks on a captivating journey of self-discovery, guided by the panther and mentor Bagheera, and the joyful bear Baloo.”

Synopsis: “The story and characters that audiences know and love come to life spectacularly in the live-action adaptation of Disney’s animated classic. ‘Beauty and the Beast’ shows Belle’s fantastic journey (Emma Watson), a brave, beautiful, brilliant and independent young woman who is imprisoned by the Beast (Dan Stevens) in your castle. Despite her fears, she befriends the enchanted servants and learns to see beyond the Beast’s hideous exterior and realizes the gentle heart of the true prince within.”

Synopsis: “Holt Farrier (Colin Farrell) is a former circus star who returns from the war to find her world turned upside down. The circus she worked for is having a hard time, and he’s tasked with caring for a newborn elephant, whose giant ears make him a laughingstock. However, Holt’s children discover that the little elephant has a surprise in store.”

Synopsis: “In this romantic adventure, which retells the 1955 animated classic, Lady — a fidgety, spoiled American Cocker Spaniel — and Tramp — a tough but lovable, talkative mutt — embark on an unexpected adventure and, despite their differences, , get closer and end up understanding the value of home”.

Synopsis: “’The Lion King’ depicts a journey through the African savannah, where the future King of Kingdom Stone, Simba, is born. The little lion is faithful to his destiny to take over the kingship. But Scar, Mufasa’s brother and former heir to the throne, has plans of his own. With the help of two unusual new friends, Simba will have to grow up and come back to take back what is rightfully his.”

Synopsis: “Aladdin (Mena Massoud), a humble young man discovers a magic lamp, with a genie that can grant him wishes. Now, he wants to win over the girl he fell in love with, but what he doesn’t know is that she is Princess Jasmine (Naomi Scott), who is about to get engaged. With the help of the Genie (Will Smith), he tries to pass himself off as a prince to win Jasmine’s love and her father’s trust.

Synopsis: “In the live-action ‘Mulan’, acclaimed filmmaker Niki Caro brings the Chinese epic tale to life, and introduces Hua Mulan (Liu Yifei), the spirited and determined eldest daughter of an honorable warrior. When the Emperor of China issues a decree that one man from each family must serve in the imperial army, Mulan decides to take her sick father’s place. Assuming the identity of Hua Jun, she disguises herself as a man to fight the invaders that are attacking her nation, proving herself to be a great warrior.”

Previous Young girl is hit by roller coaster while trying to recover cell phone; serious condition
Next Without declaring a vote, Neymar records video for Bolsonaro