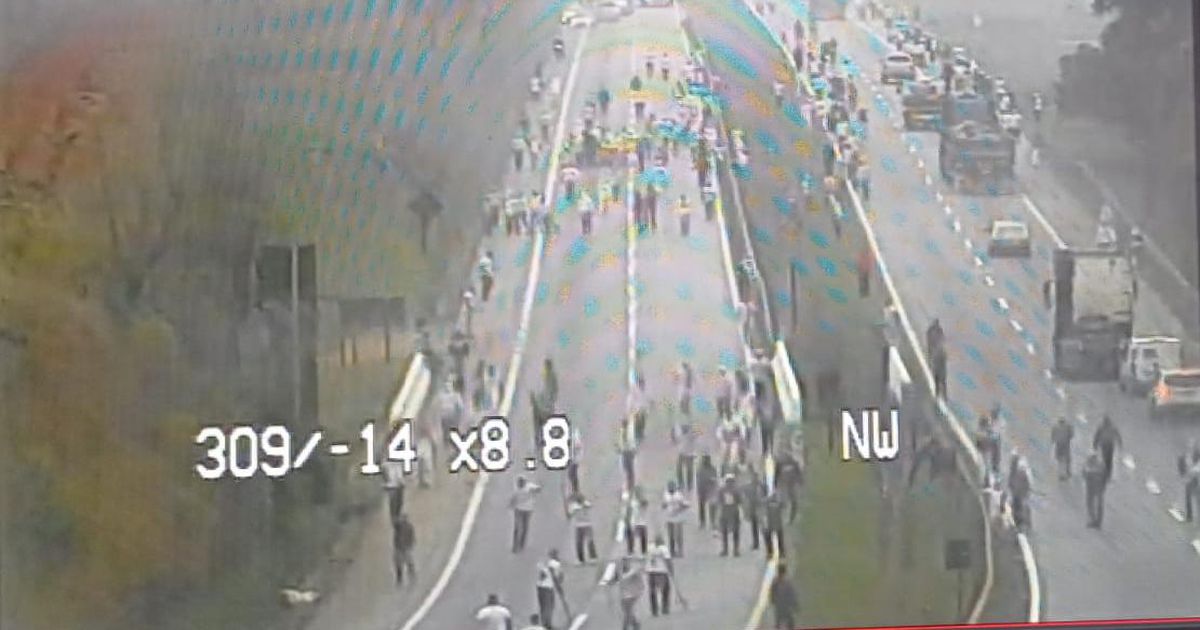 Torganized orcidas of palm trees It’s from cruise faced each other near kilometer 595 of BR-381, on Rodovia Fernão Dias, in Carmópolis de Minas-MG, in the Midwest region of the state. The Minas Gerais fans moved to Campinas to follow the match between Ponte Preta and Cruzeiro this Wednesday, while the Palmeiras fans went to Belo Horizonte for the game against Atlético-MG.

Videos recorded of the confusion show Cruzeirenses and Palmeiras fans in the middle of the road, with six buses from the Blue Mafia (from Cruzeiro) and one of Mancha Alviverde (from Palmeiras). According to the Military Police of Carmópolis de Minas, the meeting would have taken place between 10 am and 11 am this Wednesday. The PM believes it was an ambush. There were no police at the scene during the fight.

Documents and materials from the Palmeiras fans were taken by the miners with brute force, all of them armed with sticks and stones. Jorge Luis, president of Alviverde stain, had his membership card, documents and credit cards taken from rivals during the confrontation He was beaten too. The stretch of highway was closed for a few hours by Arteris, the concessionaire that manages the highway. Military, State and Federal Highway Police were called to act at the scene. Nobody was arrested.

According to people, there are records of firearms in the confusion, with at least four injured by beatings. They were taken to hospitals in Carmópolis de Minas and Oliveira, cities closer to the scene of the fight. Cruzeiro supporters recorded videos of the fight, aggression and provocation against Palmeiras. In some of them, they insist on pointing out that they didn’t “kill” their opponents from La Mancha because they didn’t want to.

Supporters of Mancha Alviverde claim that, in addition to the documents, no other object was taken from the bus of the Palmeiras fans. Historically, Palmeiras and Atlético-MG – Cruzeiro’s biggest rival – have alliances between their organizations. There were no deaths.

The Blue Mafia, organized supporters of Cruzeiro, manifested itself through a note and stated that it was ambushed. “Today an unfortunate event took place where we need to act in self-defense to defend the integrity of everyone who is present to follow the show later in Campinas, where Cruzeiro faces Ponte Preta”, he informs.

“During the trip, we were surprised by Palmeiras fans on the road in an ambush, where they even carried a firearm, which ended up injuring occupants of our caravan. The question that remains is, how does a caravan that left São Paulo take 12 hours to arrive in Belo Horizonte?”, concludes the Mafia.

According to Mancha Alviverde, fans are doing well and are on their way to Belo Horizonte. “La Mancha was man enough to go to battle. It’s not every time it hits. Sometimes he gets beaten too”, says Izidoro Lopreto, vice president of Mancha. All have already been attended to and the cuts were superficial. “The scenes are strong, but it’s okay.”

Watch videos of the crowd fight between Palmeiras and Cruzeiro:

Members of the Blue Mafia, on their way to Campinas, ambushed the bus in which Mancha Verde members were heading towards BH. Videos show people from Palmeiras well injured, especially the president of Mancha, Jorge Sampaio. pic.twitter.com/pvskMvOWOK

Previous Matthew Needham: 5 Things to Know About the Actor Who Plays Larys Strong in ‘HOTD’
Next Serasa Experian opened almost 200 vacancies: see how to apply