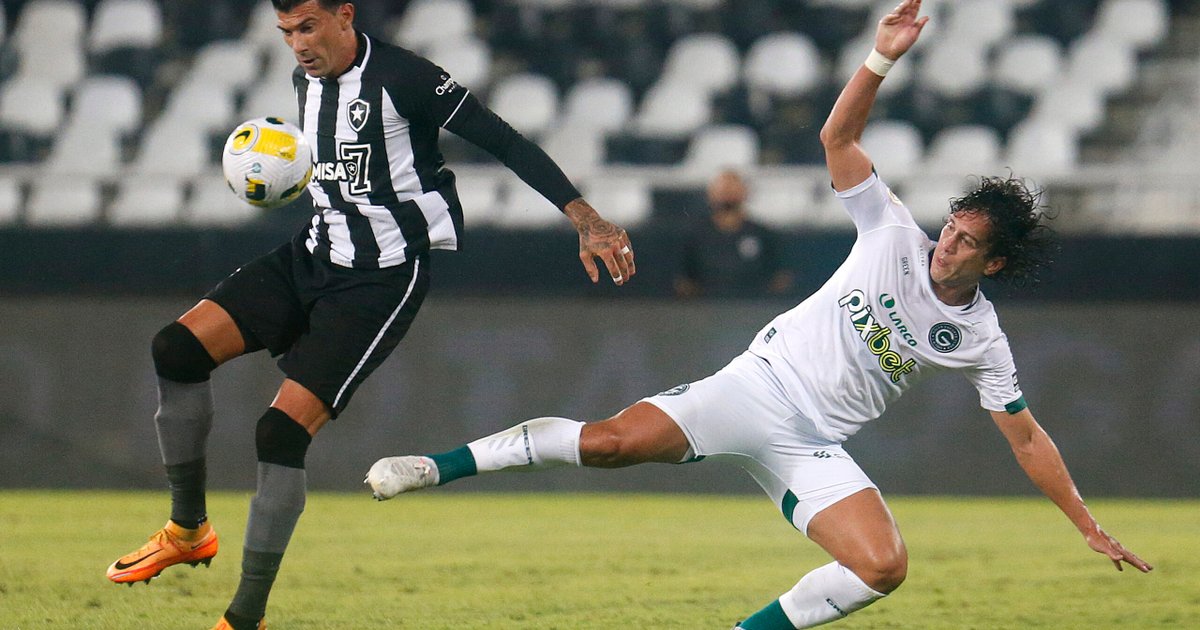 Botafogo visits Goiás, seeks to keep momentum and get closer to the classification zone for Libertadores

Two teams in the middle part of the Brasileirão table and who want to pull over in the classification zone for Libertadores. This is the script of the duel between Goiás and Botafogowhich will face each other this Wednesday, at 21:45 (Brasília time), at the Hailé Pinheiro Stadium, in Goiânia (GO), for the 28th round of the Brazilian championship.

Buoyed by the 2-0 victory over Coritiba, Botafogo appears with 34 points, three less than Goiás. But, if he wins, the opponent passes in the number of victories. The Goiás drew 1-1 with Red Bull Bragantino in the last round, in the interior of São Paulo.

Luís Castro, coach of Botafogo, hopes to see a more confident team on the field.

“We need to perform better and better and evolve, even with the team being built throughout the competition. But we want to grow. It is always possible to install a winning mindset, this winning mindset often brings us great success,” he said.

Botafogo will not have, for this duel, midfielder Lucas Fernandes, vetoed by the Medical Department, and midfielder Eduardo, suspended for accumulating yellow cards. Thus, Gabriel Pires and Gustavo Sauer or Lucas Piazon should win opportunities. Lucas Perri debuts in the goal, as Gatito Fernández is serving the Paraguayan national team.

On the Goiás side, coach Jair Ventura managed to put in the players’ minds that the match against Botafogo has a decisive character.

“We are looking at this match as a direct confrontation. We can’t let Botafogo pass us on the leaderboard, especially playing at home. So it is essential to achieve a good result”, said right-back Maguinho.

For this game, Goiás lost striker Pedro Raul, star of the company and who is currently suspended for yellow cards. In this way, Nicolas should assume the role of reference in the attack. Another suspended due to the third yellow card is left-back Sávio. Danilo Barcelos and Hugo are vying for the spot.

The good news is the return of striker Dadá Belmonte, who was suspended. Matheus Sales remains as an option in the reserve bank.