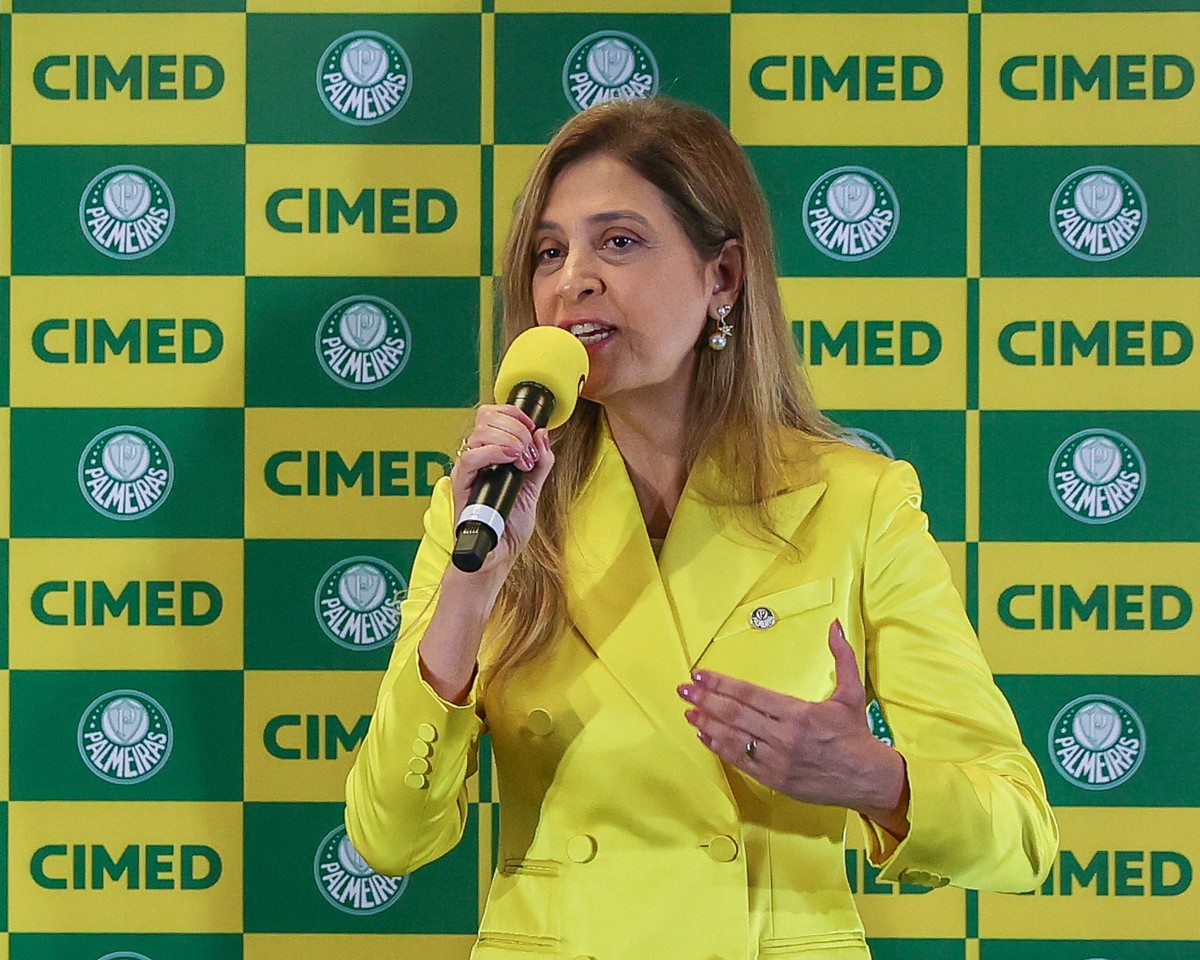 Due to the opening of the investigation to investigate the action of scalpers on days of Verdão games at Allianz Parque, the club took from the members of the Deliberative Council the right to have preference in the purchase of a ticket with a 50% discount, which caused dissatisfaction behind the scenes at the club – they are still entitled to free entry.

During her position on the matter, Leila Pereira reaffirmed that she is not afraid of losing political support because of her decisions and minimized any complaints.

– I’m not afraid of losing political support, I’m not afraid of not being re-elected. I would like one more term, but if not, no problem. I’m not going to give up my principles, my purposes of being here at Palmeiras, giving admission to one and the other. My fans can’t be harmed. There are fans who pay R$ 700, R$ 800 for an Avanti plan and cannot get a ticket. This is nonsense. I’m here to defend Palmeiras and its greatest asset, which are the fans – said the president of Verdão during an event to announce the new sponsor.

– I’m sure that a large part (of the Council) supports our measures because they want a bigger and bigger Palmeiras. Whoever complains is half a dozen who always have it. There is never unanimity. Those who love and are ready to work for Palmeiras, to serve Palmeiras and not to be served, are those people with whom I support myself politically.

There is growing dissatisfaction behind the scenes at the club regarding the position of the presidency, which also involves allies in the situation. Leila is considered too centralizing, leaving aside – in the eyes of critics – people who supported her during her candidacy. On the other hand, she still maintains a foundation in the daily life of Palmeiras.

At the beginning of the year, there was pressure for changes in the communication and marketing departments when there was even a sign of distancing from allies. Outside the club, the leader broke with the main organization.

Currently, advisers from different political wings complain about the loss of the benefit of purchasing the additional ticket and argue that few have access to the invitations to the club’s box at Allianz Parque. There is also a ticket raffle for members at home games of Verdão.

– Many people question me and say that I take unsympathetic measures politically. I’m not here to please this one or that one. I’m here to make Palmeiras bigger and champion, to respect my fans and those who trust my work and who elected me. Managing like that Palmeiras will achieve more and more, not like several Brazilian clubs that are in a deplorable situation.

– When I was elected president of Palmeiras, my platform was to take care of the club professionally. It’s not word of mouth. The leaders of the past no longer fit in Brazilian football. He arrives. What clubs need are administrators. That is what I am here at Palmeiras, with the experience of my companies, which are successful, and I will apply it here at Palmeiras – declared the president.

Regarding the measures against foreign exchange, Leila Pereira said that the board has advanced negotiations to implement the use of biometrics or facial recognition in access to the arena starting next year. The action is seen as a way to end the resale of tickets and facilitate the sale of tickets.

Because of the campaigns in Libertadores and Brasileirão this year, Verdão lives in 2022 its best audience average (33.9 thousand per game) at Allianz Parque since the 2015 season – Abel Ferreira’s team played for more than 40 thousand people in four of the last five games at the venue.

– Only in this way can we once and for all curb this criminal practice that harms Palmeiras and our fans. While I don’t solve it, I ask you not to buy tickets from scalpers, please. As much as we try to restrain them, they are always thinking about how to circumvent the rules – said the president of Verdão.

– Counselors have always been entitled to receive a free ticket. The director is also entitled to a free ticket. Remembering that we have 280 directors and hundreds of directors. The counselor is also entitled to pay a ticket for 50% of the value and, if he is a member-supporter, he is entitled to buy two more tickets at full price. If you add it all up, it gives almost a thousand tickets. Due to this problem of currency exchange and also under the guidance of the police authority, they asked to limit these tickets within the club while the investigation takes place because we are evaluating whether there are problems within the club as well – he explained.

Asked about the investigation involving former president Mustafa Contursi, accused of participating in a ticket sales scheme that were intended for the sponsor, Leila did not want to delve into the case.

– I do not comment on a court decision. It hasn’t passed judgment yet. There was an inquiry at the club, it was a complaint made by me, of tickets from the sponsor that were being sold. It’s unfortunate, but the process hasn’t ended.

Previous What can Astrology say about the “perfect marriage”?
Next Disney actress reveals that she removed tumor at age 19 and shows scar – 09/27/2022