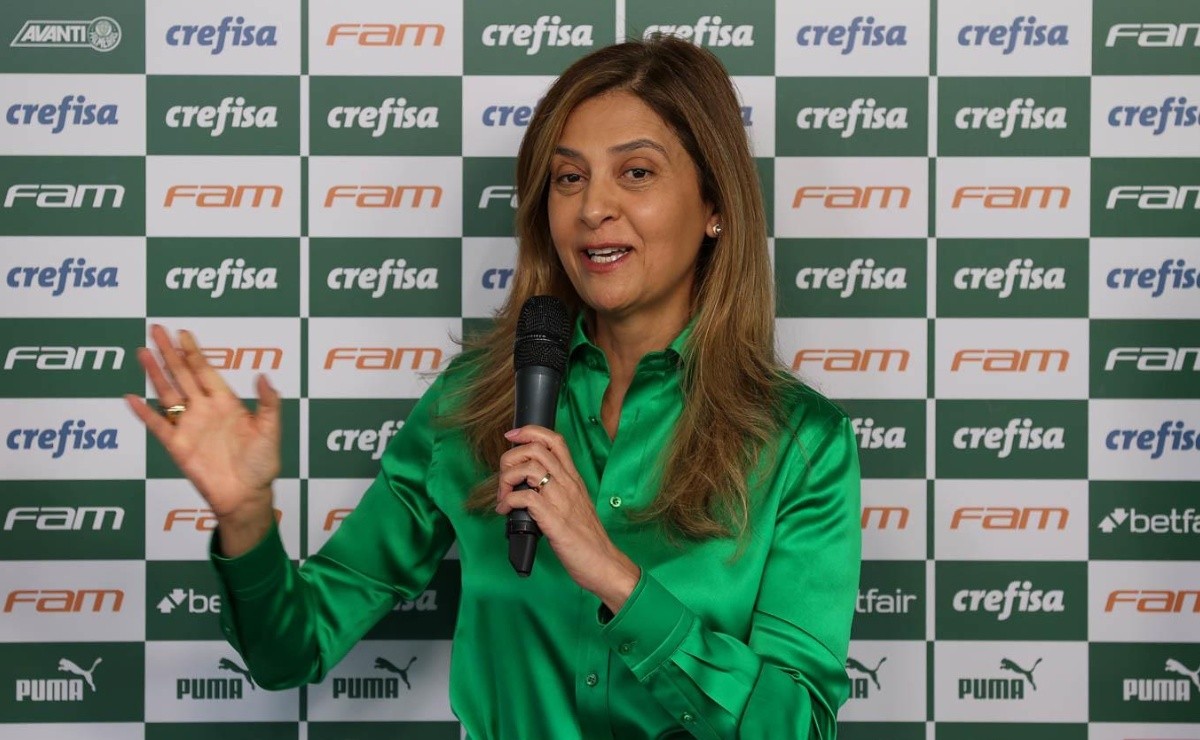 “Look what I have to hear”

Leader of the Brasileirão and each day closer to becoming Brazilian champion, Palmeiras presented a novelty to their fans in the early afternoon of this Tuesday (27). A little while ago, in the Club’s trophy room, Verdão definitively announced its agreement with Cimed, a pharmaceutical company, its brand on the women’s team’s uniform and on the men’s team captain’s belt.

In addition to talking about her partner and the reason she chose Cimed, Leila talked about several subjects, including the possible departures of Rony and Danilo, the good moment of the team, and anxiety to see Endrick in the professional team. However, what most caught the attention of the fans was when the president spoke about the debts with Crefisa, which today revolve around R$ 142 million. In the leader’s view, the amount is owed because former president Paulo Nobre called the institution to make a loan and defended that it should be paid as it is being done.

“At no time did Crefisa offer a loan. We (Crefisa) were approached by the president at the time asking for help to buy players. It was always clear how the payment would be. said the president, who stated that the credit is being paid with revenues from men’s football and that the amount that Cimed will invest in the Club will not be used to pay debts with the creditor.

“It has nothing to do with one another. Zero! The debt that Palmeiras has with Crefisa is being paid by revenues from men’s football”, explained Leila during the presentation by Cimed, which will sponsor Clube Alviverde until the end of 2024. The crowd did not like the president’s response very much and, as in the last interviews of the leader, he returned to detonate the president on social networks.

“Yes, it’s being paid, it’s paying paying and it doesn’t come out of 120 million”, said an angry fan with the situation.. “It’s complicated, I can’t even define this lady’s administration, I just pray a lot, so at least the debt doesn’t go up any further”lamented another member of the crowd. “Leila: “We donated the contraction of some players”. Now the speech is different. This woman is a joke”fired a fanatic from Palmeiras.

Finally, many people from Palmeiras fear for the future of the Club in the coming years: “Look what I have to hear from this woman, she is slowly destroying the club, not even signings at the level of 5 years ago we are having. You can dig! Next year is the year of turmoil in Palmeiras”, lamented a fanatic from Palmeiras. “And this debt with Crefisa, which does not go down, this lady will make this debt unpayable”, asked another member of the crowd.