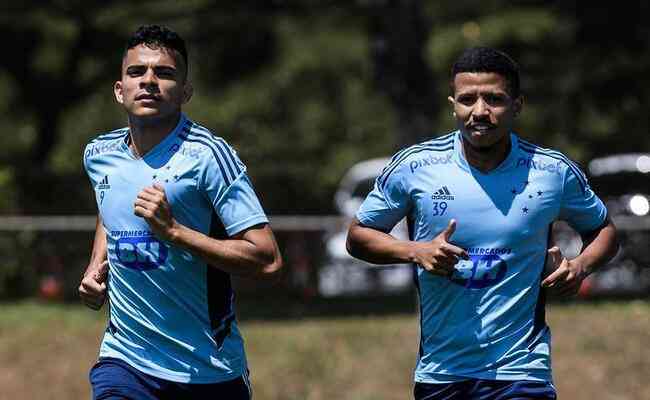 With training on the morning of this Tuesday (27/9), at Toca da Raposa II, in Belo Horizonte, Cruzeiro closed the preparation for the duel with Ponte Preta. The teams will face each other this Wednesday (28/9), at 19h, at the Moiss Lucarelli stadium, in Campinas, for the 32nd round of Serie B of the Brazilian Championship.

For the game against Macaca, Cruzeiro will have the return of an important piece. Absent in Raposa’s last two games, victories over CRB (2-0) and Vasco (3-0), left-back Matheus Bidu returns to coach Paulo Pezzolano’s list of related players, but has doubts in the starting lineup.
On the other hand, the main absence from heaven is the midfielder Neto Moura, who is being taken care of by the medical department to treat pain in his right ankle. The scorer was injured in the match against Vasco, in Mineiro.

Therefore, the tendency is for Pezzolano to change the team that sent the field against Vasco, in the last round. Weslley Gasolina, Willian Oliveira, Marquinhos Cipriano and Luvannor should win their chances for Stnio, Neto Moura, Kaiki and Lincoln, respectively.

In addition to the contractual obstacle, the defender would already miss the São Paulo team against the miners. He suffered a trauma to his right knee during Macaca’s 2-0 victory over Londrina last Friday (23/9).

Without Mateus Silva, coach Hlio dos Anjos should select Guilherme Souza in the starting lineup. He was the defender’s replacement during the game against Tubaro and the favorite to take the spot. Thiago Oliveira runs on the outside.

There are no suspended or injured players. On the contrary, Ponte will have the return of the steering wheel Fraga, who served an automatic suspension for the third yellow card in the last round.

With 68 points, Cruzeiro is the only team that has already won the national elite access in 2023. The heavenly advantage in the lead is 15 points for vice-leader Grmio and 23 for the 5th place (Londrina). Ponte Preta, in turn, is in 7th position, with 43 points, and still dreams of returning to the First Division.