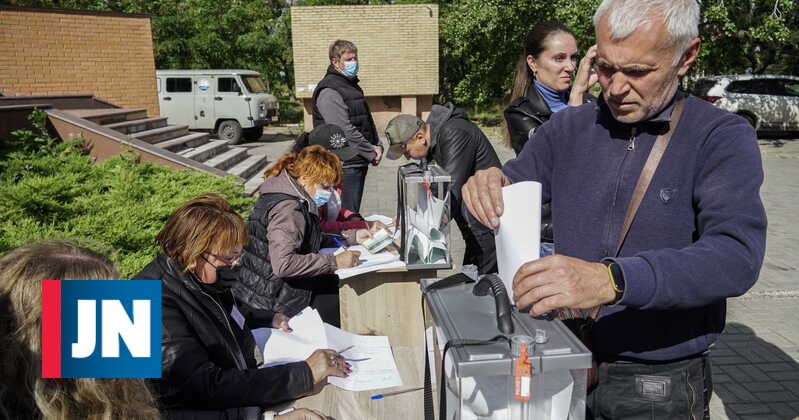 The European Union (EU) proposed this Wednesday to add to the list of individual sanctions pro-Russian officials in the Ukrainian regions of Donetsk, Lugansk, Kherson and Zaporizhia, occupied by Russia.

“We propose the adoption of additional restrictive measures against individuals who are supporting, facilitating or benefiting from the invasion of Ukraine,” EU diplomacy chief Josep Borrell said in a press statement.

Firstly, as specified by the EU High Representative for Foreign Affairs and Security Policy, the restrictive measures will cover “the authorities representing Russia in Donetsk, Lugansk, Kherson and Zaporijia”.

The sanctions – which include an asset freeze and a ban on travel to the EU – are still to be applied “to the Russians who organized and facilitated these shameful referendums in the four occupied Ukrainian territories,” added the representative.

Borrell also stressed that today’s proposal – in reaction to the recent referendums on the accession of these occupied territories to the Russian Federation – will sanction Russian officials linked to the Defenseas the supervising minister, and even the Providers of war equipment to Russia, including missiles and fighter planes, as well as participants in the mobilization process announced by Moscow of 300 thousand reservists.

The new sanctions package also targets disseminators of false information and donors of funds for the zones occupied by Moscow, according to Brussels.

The European Commission proposed, this Wednesday, an eighth package of sanctions against Russia, in the face of the “new escalation” of the Kremlin (Russian Presidency) in its aggression against Ukraine, with the holding of “fraudulent referendums”, partial mobilization and the threat of resorting to nuclear weapons.

The new EU sanctions package, outlined in Brussels by Commission President Ursula von der Leyen and EU High Representative Josep Borrell, includes a ceiling on the price of Russian oil, new restrictions on trade to deprive Russia of around €7 billion in revenue, a ban on exports of more products to deprive the Kremlin of key technologies for its defense industry and an update of the list of individuals and entities targeted by restrictive measures.

Russia invaded Ukraine on February 24, a hostile act that was condemned by most of the international community, which has responded by sending weapons to Ukraine and imposing political and economic sanctions on Russia.