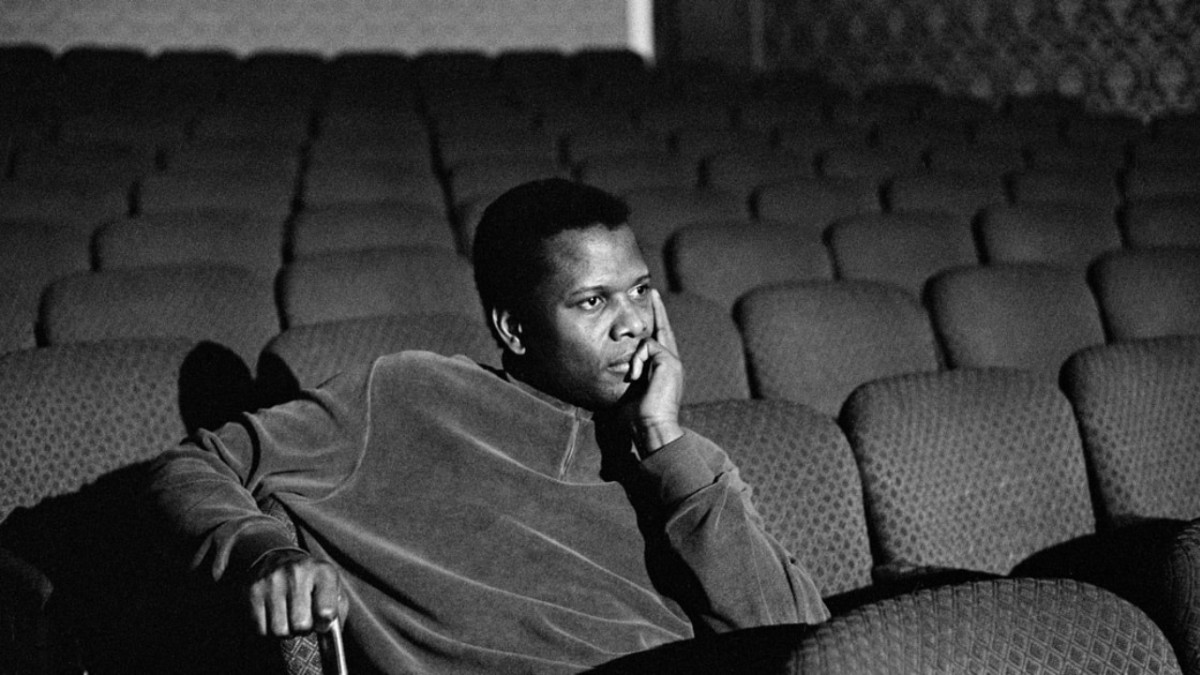 I am absolutely certain that my first contact with Sidney Poitier was in To the master, with love. Through my mother, who was in love with this man, I had access to the film that is the father of so many films, about “teachers who tame rebellious and misfit classes, becoming an example”. Poitier, then, in my childhood, was the ultimate symbol of the captivating sweetness, the immeasurable energy, the haughtiness that I actually saw in front of a group; he was the ultimate symbol of what a teacher should represent, and the respect we should have for a Master. Over the years, the arrival of cinephilia, the study of cinema and the eventual work as a critic, this man dressed up as a myth in my eyes, which he always was. Sidney Poitier’s Legacy has just been released on Apple+ and is trying to make up for the huge debt that Cinema has contracted with a deity like him.

Because Poitier revolutionized the world, simple as that. What was the world for a black actor before him? Hattie McDaniel’s Oscar for …Gone with the Wind it only showed what happened to black and white actors and actresses who preceded him. Condemned to play funny characters that stereotyped them, always as supporting actors for white people who subordinated them, a force of nature the size of Poitier was necessary so that supporting actors in the documentary in his honor could emerge. The path towards the revolution perpetrated by this man was not conducted to the point of being noticed in the midst of so much around him. However, Poitier was not lacking in the awareness that the path ahead of him was being paved, and that the future would be made up of layers formed both by transformations and by the awareness of the new, in many ways.

Directed by Reginald Hudlin, the production aims to say that this is the project of maturity of the director of A Breakout Party. Acting more as a producer, and having already worked with other black movie stars, such as Richard Pryor and Eddie Murphy, his arrival in this film is loaded with the weight of more than 30 years in the industry, which manages to understand what his character bequeathed, including the he. Perhaps because it is also material directly transformed by Poitier’s existence, his reading of this life, in an almost linear and almost complete way, manages to absorb every point of exception of an immense life. One of the rare cases that prove the rule that a biography should not be limited to a lifetime; this just almost happens here and is ideal.

With undeniable emotional charge, Sidney Poitier’s Legacy was produced with its protagonist still alive, which ceased to happen on January 6 of this year. This was crucial to, among other things, getting the vision of his central character on stage. It is the first-person account that Poitier gives Hudlin the basis of the film, which revolves around the actor’s very sensitive opinions about his history, personal and professional. With the camera filming his face centrally speaking for almost two hours, this is the nerve center of an even conventional narrative, which is transformed by this larger figure. His statement about how he mirrored himself in his parents, including his career, how he built himself as a man and as an actor, is powerful enough to amplify his trajectory even more.

Yes, it is an exalted and exalting statement, it couldn’t be much different. But even for the understanding of what could happen, Sidney Poitier’s Legacy it almost sounds like the production’s sass to address the star’s romantic slips. Not only that, but essentially like this, son Sidney ends up imagining himself disappointing father Reginald in his marital reconstructions. This humanity that the film bestows on its honoree is an integral part of his personal history, but the film does not defend him – it points out his mistakes and gives him a voice. In addition, the film does not fail to point out the moments where he felt like a failure and his persona was demoralized by a look that judged him as a ‘token of white’. The New York Times report from the 1970s where this was placed was probably written by someone who saw no political content in his choices and in his own presence. Irresponsibility of evaluation for a man who, only in 1968, In the Heat of the Night and Guess Who’s Coming to Dinner?two political frameworks.

In moving testimonials from their daughters, their wives, and the likes of Denzel Washington, Oprah Winfrey, Spike Lee, Halle Berry, Barbra Streisand, Robert Redford, Morgan Freeman, Louis Gossett Jr., Quincy Jones, and so many others, Sidney Poitier’s Legacy it is a key piece to understanding not just the life of an immortal, but a piece of American history. Seen through the eyes of an immigrant who connects to the art that most employs people in North America, the illiterate boy Poitier reinvented himself and those who preceded him, opening an unprecedented path within the racism he knew up close. What he promoted around him is portrayed in a conventional way, but that cannot erase the strength of the light he still radiates.

This is the great heritage that his name carries, and what Hudlin manages to capture with as much sensitivity as possible for a symbol like Poitier. In passages of how he observed his parents’ relationships with the rest of the world and how he tried to reproduce these dynamics in his life, Sidney Poitier’s Legacy captures anthological moments of his voice, such as when he lowers it when quoting his father. The emotion of himself, the contagious expression of his personality and the indelible form that marked his path for those who came after him, his friendship with Harry Belafonte, the love he planted in everyone who passed him, all this is his essence. . Poitier has planted a seed in life, one that transforms a traditional film into a gripping (and brief) study of the twists one man brought about in an industry that owes so much to that legacy.

The Oscars – and Directly After It