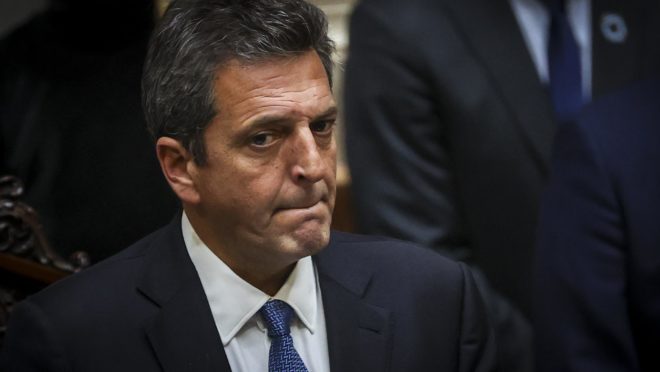 The union conflict that has paralyzed tire production in Argentina is already affecting car manufacturers, and the government hopes to find a quick solution to the crisis, which could cause great damage to the auto industry, an essential sector for the country.

Due to the lack of tires, the Japanese company Toyota will stop activities from Wednesday (28) at the factory located in the city of Zárate, in the province of Buenos Aires, where 7,500 people work and from where vehicles are exported to 22 countries, company sources confirmed to Agência Efe.

Last Monday, for the same reason, the American company Ford also decided to suspend two production shifts at its terminal in the city of Pacheco.

This conflict in the demand for better wages in tire factories started earlier this year, but has worsened since last Friday, with factory blockades that led to the total and indefinite interruption of production of the three companies operating in Argentina: the local Fate, the Italian Pirelli and the Japanese Bridgestone.

A new conciliation hearing was held on Monday – 35 have already been held since the impasse began – at the Ministry of Labor, between company representatives and the Single Tire Workers Union (Sutna).

But the hearing failed and a new conciliation meeting was called for Wednesday. “The hope is that it will be possible to reach an agreement on Wednesday,” said Industry Secretary José Ignacio De Mendiguren.

The secretary warned that, if the conflict continues, the production of automobiles in Argentina could decrease between 10% and 15%, which would mean losses of between US$ 250 million and US$ 300 million in exports.

Alert in the sector

Representatives of the automotive value chain, managers of tire manufacturing companies, leaders of other unions in the sector, the Minister of Economy, Sergio Massa, De Mendiguren and the Secretary of Commerce, Matías Tombolini, met this Tuesday (27) on an emergency basis to analyze the impact of the problem.

After the meeting, the Automobile Manufacturers Association (Adefa) warned in a statement that “last Friday’s decision to block the tire factories” “leaves no other possibility than to stop the manufacture of vehicles in an industry that has grew at a rate of 29% this year”.

Manufacturers also warned that “the radicalization of this type of action creates uncertainty in export markets due to possible shortages and affects investment plans for development”.

De Mensiguren told the press, after the meeting, that the companies ask for the lifting of the blocks, at least to release the tires inside the factories, and that they do not exclude the possibility of opening the imports of tires.

The automobile industry is, after agribusiness, Argentina’s main export sector, with 60% of the vehicles produced in the country destined for foreign markets.

This year, the automobile sector leads Argentina’s industrial growth, with an increase in production of 29.5% in the first eight months of the year.

Between 2017 and this year, car terminals operating in Argentina announced investments of US$ 6.26 billion.