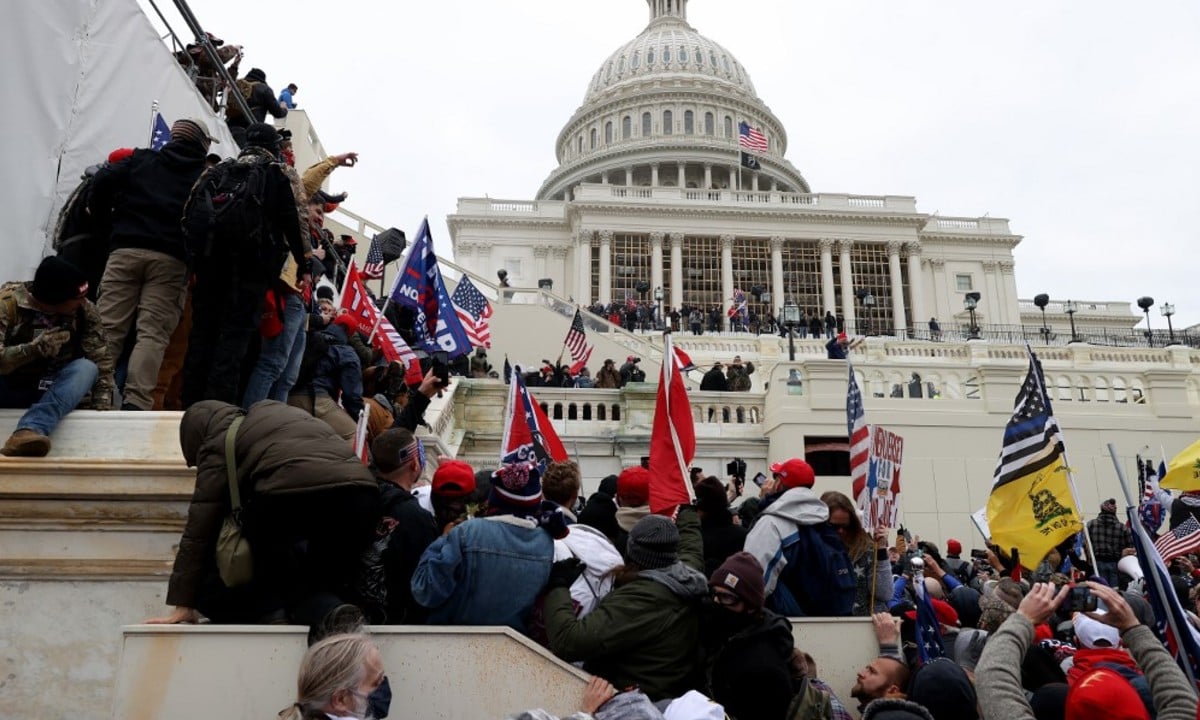 Trump supporters go on trial for ‘sedition’ after capitol raid

More than 20 months after the attack on the US Capitol, the long-awaited trial in Washington, DC, of ​​the far-right group Oath Keepers, including its founder, Stewart Rhodes, for “sedition” began on Tuesday.

Known for his eye patch and incendiary speeches, this former military man will appear alongside four other defendants during a five-week trial in federal court a few miles from Congress.

His lawyers tried to file the last procedural appeals, including transferring the trial to another location. But they were rejected and jury selection, which is expected to take at least two days, began in a federal courthouse not far from the seat of Congress.

On January 6, 2021, the five invaded the temple of American democracy along with a thousand other Donald Trump supporters, at a time when congressmen were certifying the victory of Democrat Joe Biden in the presidential election.

Since the incident, more than 870 people have been arrested, and 100 have already received prison sentences, especially those who violently assaulted police officers. Until now, however, no one had faced the charge of “sedition”.

Stemming from a law adopted after the Civil War to suppress the last rebels in the South, this charge “can be difficult to prove,” explains Barbara McQuade, a former federal prosecutor and current professor of law at the University of Michigan.

This classification implies planning to use force to overthrow the government, or oppose any of its laws, and provides for 20 years in prison in case of conviction. It differs from insurrection, which has a more spontaneous character.

“There is also a connotation of disloyalty to the country, not just to certain government actors,” notes McQuade. For her, however, “the motivation is clear in this case, in which the attack was clearly directed against congressional lawmakers.”

The charge of sedition was little used. The last conviction was issued in 1998 against the Islamic militants responsible for the attack on the World Trade Center in New York five years earlier.

In the case of the Capitol Hill attack, prosecutors reserved that charge for just about 15 people, all belonging to two far-right paramilitary groups: the Oath Keepers and the Proud Boys.

Stewart Rhodes and four regional leaders of his militia – Kelly Meggs, Thomas Caldwell, Jessica Watkins and Kenneth Harrelson – are the first to be tried on this charge.

According to the indictment, they “conspired to oppose by force the legal transfer of presidential power.”

Specifically, Rhodes is accused of having started gathering his troops in November 2020.

“We are not going to get out of this without a civil war,” he wrote them two days after the presidential election, in an encrypted message.

And over the next few weeks, he spent thousands of dollars buying night vision devices, weapons and ammunition. Meanwhile, his accomplices arranged for “unconventional combat” training and transport to Washington, D.C.

As the possession of weapons is strictly prohibited in the American capital, they are accused of storing part of their arsenal on the outskirts of the city with the idea of ​​using it later.

On January 6, armed with helmets and combat gear, they marched towards the Capitol. Some formed a column to storm the building and had turned around after being hit by irritant gas.

Rhodes was a little further back, with a radio, giving orders. The Oath Keepers “were ready to respond to his call to arms,” ​​according to the indictment.

A law graduate from Yale University, this 50-year-old man founded the Oath Keepers in 2009, recruiting former soldiers and police officers. Initially, his proposal was to fight against the federal state that he considered “oppressive”.

Like other radical groups, this militia was seduced by Trump’s anti-elite rhetoric and fully supported the election fraud accusations leveled – against all evidence – by the Republican.

During the trial, his lawyers will argue that Rhodes and his acolytes did not want to overthrow the government, but hoped that the Republican president would declare a state of insurrection, under an 1807 law that allows US presidents to mobilize certain armed forces in exceptional cases. .

For prosecutors, it’s just about giving “a veneer of legality” to their actions.