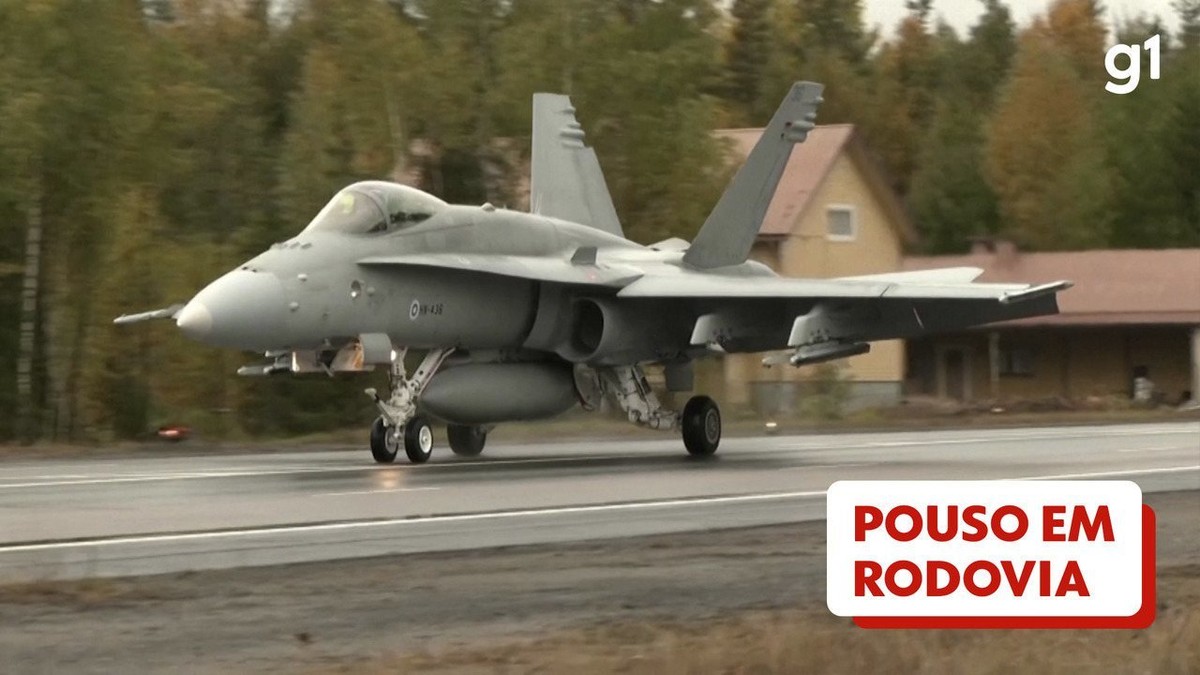 VIDEO: Fighters land on highway during training in Finland | World

Finland closed a section of a highway for five days for the first time in decades to allow its fighter jets to practice takeoffs and landings on a reserve runway.

The Nordic country, which is applying for NATO membership following Russia’s invasion of Ukraine, has a dozen similar reserve runways designed for wartime use across the country.

The reserve road base located in Joutsa, in the center of the country, has not been used for decades due to its importance as the main highway connecting the capital Helsinki to the northernmost parts of the country.

However, it took the Air Force just a few days to clear the roads and prepare the site for the exercise in which some 200 personnel and F/A-18 Hornet fighters from Finland, older Hawk Mk 51 trainers and other military aircraft participate. . said the head of the Finnish Air Force Academy, Colonel Vesa Mantyla.

“Russia’s threat or Russia’s actions with cruise missiles and ballistic missiles (in Ukraine) prove that the concept of dispersed operations is right,” Mantyla said.

Hundreds of residents gathered on the side of the road in Joutsa this Wednesday (28) to follow the exercise where pilots practice landing on a 2 km stretch of the closed highway.