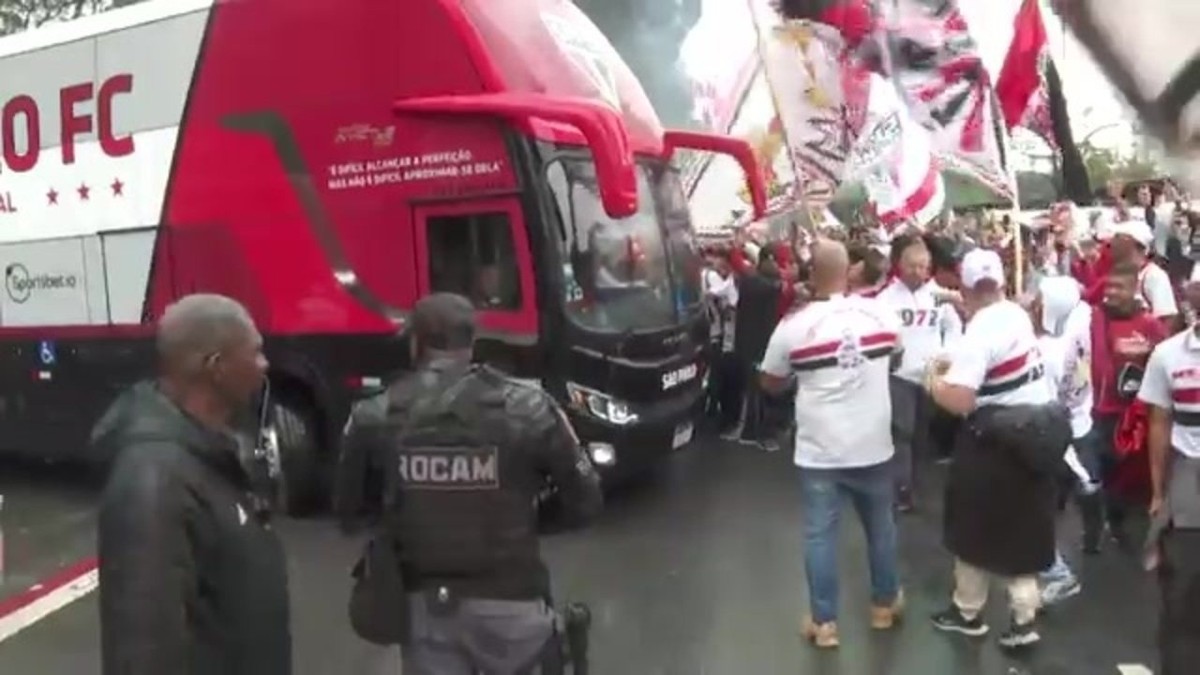 With a big party from the crowd, São Paulo is on its way to Córdoba, Argentina, for the final of the Copa Sudamericana. Tricolor faces Independiente del Valle, from Ecuador, on Saturday, at 17:00 (Brasília time).

Hundreds of Tricolor fans ignored the rain in the capital of São Paulo and went to the Barra Funda CT this Wednesday to encourage the team before boarding. The charter flight is expected to leave Guarulhos International Airport at 3 pm. 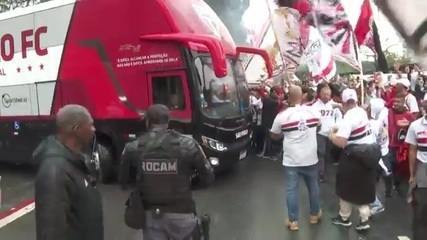 Early in the morning, with the players already in the CT, coach Rogério Ceni decided to open the gates of the training center for fans to encourage the team during the last training session in Brazil. 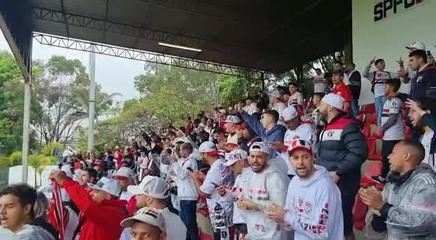 The fans were positioned in the stands and chanted support while the coach led an activity on the lawn. As soon as training ended, the players thanked the tricolors. 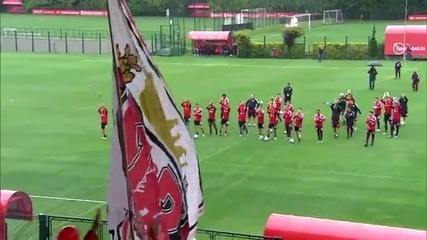 São Paulo players thank the support of the fans in CT

The party continued outside the CT. Right after training, the crowd went to the gate to wait for the delegation bus to pass.

The vehicle was escorted by scouts from the Military Police, but even so, the fans managed to surround it. The tricolors followed the bus along Avenida Marquês de São Vicente, on the way to the airport. 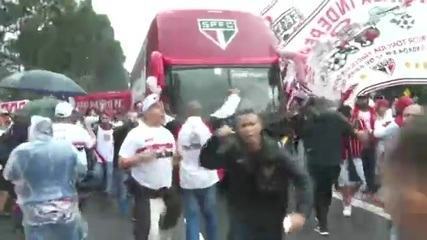 Go, Cordoba! São Paulo fans “carry” the bus at the exit of CT

At 6 pm on Friday, the cast will reconnoitre the lawn of the Mário Kempes stadium, stage of the decision. Then Ceni and striker Luciano will grant a press conference.

São Paulo should have no surprises in the lineup for the decision. All the players in the squad have traveled, even those who are out due to injury, like Arboleda and Walce.

The only doubt is on the right side, between Rafinha and Igor Vinicius. The likely lineup is as follows: Felipe Alves, Rafinha (Igor Vinicius), Diego Costa, Léo and Reinaldo; Pablo Maia, Rodrigo Nestor and Patrick; Alisson, Calleri and Luciano.

São Paulo fans party at the exit of the bus — Photo: Alex Silva

São Paulo fans party at the exit of the bus — Photo: Alex Silva