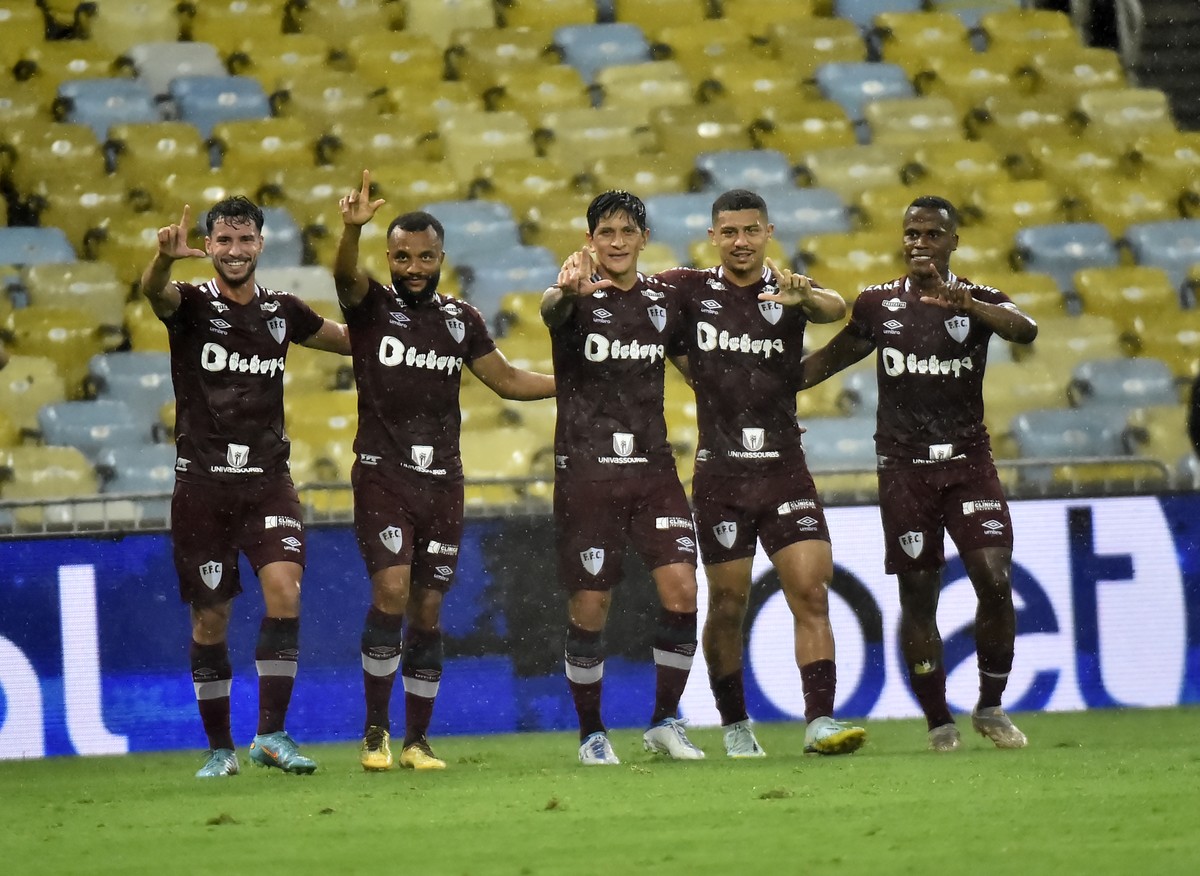 Fluminense’s performances: Arias is the star of the rout against Juventude | fluminense

The Colombian shows an impressive regularity, always with a lot of movement, vision of the game and intelligence. He made a beautiful inversion to Samuel at 8. He had another good chance at 24, with a shot in the corner that forced a good defense by Pegorari. He assisted Samuel Xavier’s goal and scored Fluminense’s third, to crown his performance. Note: 8.5.

In the place of the suspended Manoel, shirt 52 entered the game very well. In Juventude’s counterattack, he accompanies and suffers the foul, preventing dangerous play. Missed cast for Arias. Makes a providential cut at 17 when the Juventude player freely entered the area. He wowed the crowd and again heard the “ruf ruf” from the stands. Note: 7.5.

The side has been in constant evolution since the arrival of coach Fernando Diniz. He maintained the regularity and presented another beautiful performance against Juventude and was the author of Fluminense’s second goal. Note: 8.0.

In a game in which Fluminense had wide dominance, the goalkeeper was very little demanded. Note: 6.0.

He didn’t appear as much as Felipe Melo in the game, but he played a safe and regular game. Note: 6.0.

The vacancy on the side still seems to be an issue that is not consolidated. He didn’t make a great match, but fueled the discussion about the dispute with Caio Paulista. Note: 5.5.

He is another player with regularity that impresses. He had another good performance and demonstrated, once again, his importance for the tricolor midfield: he was the leader of certain passes of the match, with 89. Note: 7.5.

It was a little off in the first half, but it recovered in the final stage. He gave a beautiful ball to Cano, who headed in the area, and was the author of the beautiful assist for Arias’ goal. He had a good chance when he took a risk from outside the area at 23 of the second half, but ended up sending it out. Note: 6.5.

He moved, appeared as an option in the exchange of passes and sought space in the defense of Juventude. It wasn’t one of his gala matches, but he performed well on the pitch. Note: 6.5.

Didn’t make a great game. He almost scored the third after Arias’ pass back in the first half. He missed big chance face to face with the goalkeeper. Note: 5.5.

Decisive once again. He opened the scoring at Maracanã, scored his 34th goal and equaled Fred’s best year, who also reached the mark in 2011. Note: 7.5.

He came on in the 12th minute, in place of Nino, and managed to maintain the team’s level in the match. Note: 6.0.

He didn’t have many minutes on the field and little appeared in the match. Note: 5.5.

He came on late, but with enough time to score his first goal since returning to Fluminense. Note: 7.5.

Previous Morgan Freeman and Kevin Costner Produce Series Together
Next WhatsApp fixes security bug in the app; see how it turned out