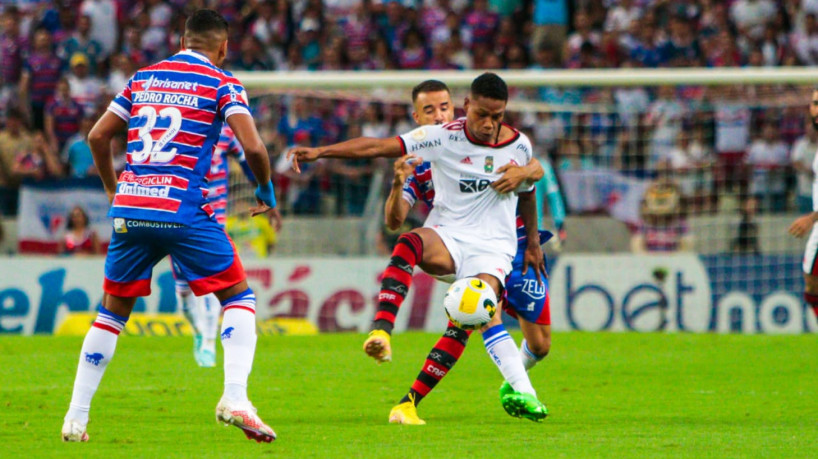 Fortaleza vs Flamengo live for the Brasileirão Serie A 2022; follow broadcast

Fortaleza and Flamengo face each other today, Wednesday, September 28 (28/09), for the 28th round of the Brazilian Championship, the Brasileirão2022. The match will be played at Castelão, in Fortaleza, at 7 pm (Brasilia time). Follow the broadcast of the game with narration from Radio O POVO CBN.

How Fortaleza and Flamengo arrive for the game

Tricolor returns to Castelão after two matches away from home and faces Flamengo, with the mission of winning again in the event, which it hasn’t done for three rounds.

At Fortaleza, the only casualty is forward Robson, suspended for the third yellow card. The dispute to replace the number 7 is between Pedro Rocha, Silvio Romero and Romarinho, if Vojvoda opts for a simple change of attackers. If the Argentine coach wants to use another midfielder, with an offensive characteristic, Otero and Crispim also enter the dispute.

the cariocas, however, arrive for the duel quite lacking. Players such as Arrascaeta, Everton Ribeiro and Pedro, who were assigned to their countries’ teams for friendly matches, are out of the game. Besides them, Varela, Vidal and Pulgar, for the same reason, are also not an option for coach Dorival Júnior. By suspension, forwards Marinho and Everton Cebolinha, who is Pici’s offspring, do not face Fortaleza. Defender Rodrigo Caio had an arthroscopy and will be out of action for months.

Previous 10 Moments Hugh Jackman and Ryan Reynolds Trolled Each Other » Movie News, Movie Reviews, Movie Trailers, TV News.
Next What is “Regencycore” and how to do ‘Bridgerton’-inspired makeup – Metro World News Brasil