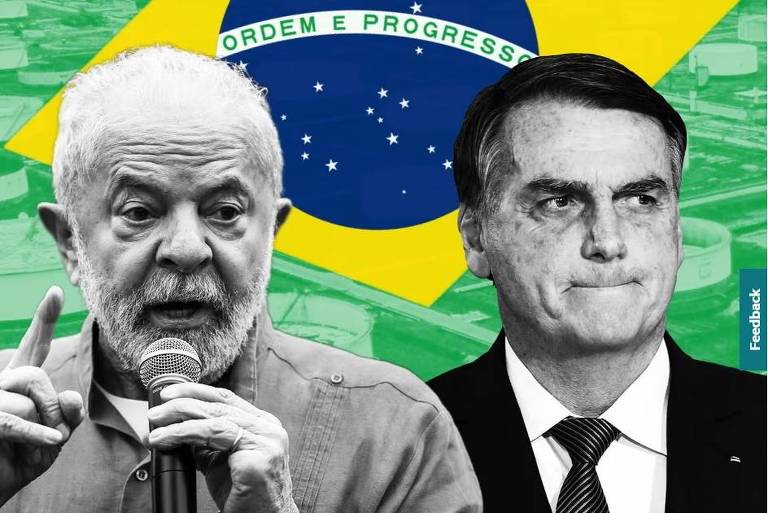 The English Financial Times and the American Bloomberg turn to the perspectives of Petrobras’ foreign shareholders in a Lula government, under the headings “‘It can’t be the madness it is today’: what’s next for Petrobras?” (below) and “Lula has big plans for Petrobras that would undo the impetus for privatization” (below).

As a second statement, respectively, “Candidates offer competing views for Brazil’s most valuable company listed on the stock exchange” and “Dividends may decrease if Lula is victorious”.

In the FT text: “In the second quarter, Petrobras was the largest dividend payer in the world, according to a Janus Henderson survey. Private shareholders, including Western financial institutions such as Baillie Gifford and Fidelity, hold almost two-thirds of the company’s equity, but with more than half of the voting rights under the control of the Brazilian state. Lula’s proposals unnerve some investors. The fear is a return to the days of political interference.”

The newspaper does not hide its view: “The last time the left was in power in Brazil, the country’s most important company was looted in a multibillion-dollar corruption scheme and almost buried under a mountain of debt. After emerging from the scandal and financial turmoil, decade, Petrobras is leaner, more profitable — and an ATM for its shareholders”.

On Bloomberg, which produced his report days earlier: “The elections pose a challenge for Petrobras investors. Lula, the favorite, has promised to use it as a vehicle for national development. Bolsonaro is proposing the opposite, with plans to privatize it. The contrast makes Petrobras a binary case for investors: it is producing dividends and share prices are cheap compared to other oil companies, but the flow could dry up if Lula wins and delivers on his promises.”

In the end, it offers solace to investors: “Brazil will not stop pumping oil, no matter the outcome of the vote. Both candidates support resource extraction, unlike the president of Colombia, who plans to ban further exploration out of environmental concerns. Also, whoever wins, Petrobras has found so much oil this century that production will continue to grow.”

Previous Ceni leaves doubt in the team, sees going to the final as unexpected and says that title will change São Paulo’s history | Sao Paulo
Next Bodybuilding can increase life expectancy, study suggests