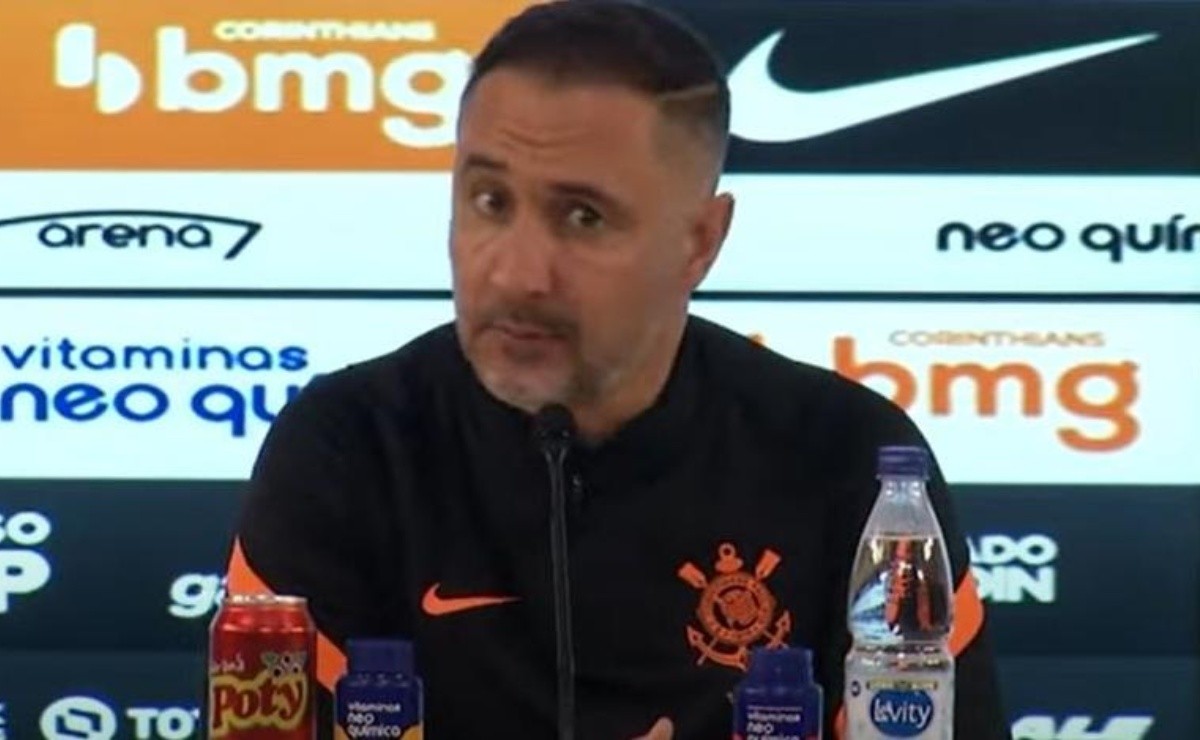 “It was ripped off…”; Vítor Pereira highlights “race”, but does not fail to expose mistakes that harm Corinthians

This Wednesday, the Corinthians received Atlético-GO at Neo Química Arena and achieved an important 2-1 victory, which raised Coringão again in the G-4 of the Brasileirão. After the match, coach Vítor Pereira gave a press conference and celebrated the result, however, he did not fail to detail the team’s hesitations.

“We didn’t play the game I expected. Honestly, I expected a stronger game from us, more consistent from a defensive point of view, we’ve never been so consistent, always away from each other, the lines are too far away, without the ability to press. They never played like that, they came with a different structure and created difficulties for us, essentially in width. They removed the crossings and aisles and that created difficulties for us”, began Commander Alvinegro.

Then, Vítor Pereira explained that the victory was in the race: “The more you move forward in the Brasileirão (in rounds), the more difficult it is, even with the teams that are fighting relegation. They created many difficulties. Offensively, we didn’t have a fluid dynamic. There were spaces and we were not constant in the game. The result was ripped a little bit in the race, in the spirit and in the will to win. That was it and that’s it, they created more than they should and I recognize that the result was better than the exhibition”, he pointed out.

The victory showed overcoming, but did not make Vítor Pereira highlight things that need to evolve in the Helm: “We have to be more consistent, more aggressive, move around with more patience, not insist on the runners. We have to be more aggressive, understand the moments of pressure, get out of the pressure, win the ball and not lose it immediately, even to think about our game too, vary the runners, that kind of thing that gives us quality in our game”, he explained. The Coach.