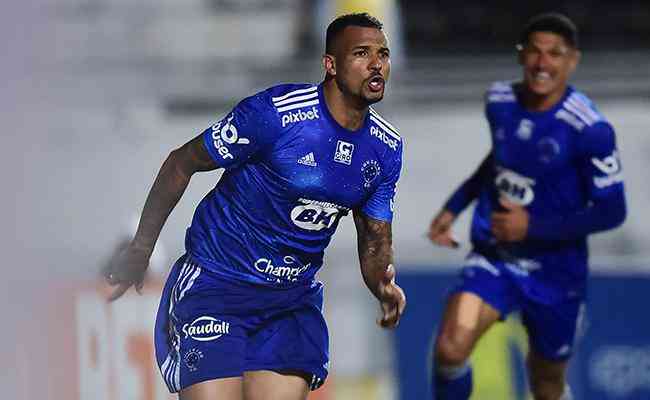 On a comeback, Cruzeiro thrashes Ponte and can be Serie B champion on Friday

Lethal and already guaranteed in the elite of Brazilian football in 2023, Cruzeiro turned the game around for the 32nd round of Serie B and thrashed Ponte Preta 4-1, on Wednesday night (28), at Moiss Lucarelli, in Campinas (SP). ).

After leaving behind the scoreboard, the celestial team equalized in the first half, with Z Ivaldo, with a header. Edu and Rafa Silva (2) scored in the final stage and secured another heavenly victory away from home.

With the result, Cruzeiro reaches 71 points and will be able to guarantee the title of Serie B in this round. For that to happen, Raposa is rooting for Grmio and Bahia, who will face Sampaio Corra and Chapecoense, respectively, on Friday (30).

In the next round, Cruzeiro returns to its domains to face Ituano. The match, which had its date changed this week and could be the ‘cup game’, is scheduled for Wednesday (October 5), at 9:30 pm, in Mineiro. Tickets are already on sale for club members.

In a completely drenched field, with many puddles of water, Cruzeiro found serious difficulties to exchange passes and maintain possession of the ball, as it did throughout the season. Unable to create chances, he saw Ponte Preta enjoying the game and growing in his domains.

At 14′, after hitting and hitting inside the area, Filipe Machado didn’t remove the ball, which was left clean for Felipe Amaral. The midfielder hit a beautiful finish from the midfielder, in the top right corner of Rafael Cabral, and opened the scoring on Moiss Lucarelli. 1 to 0.

Behind the scoreboard and in front of the very bad lawn, Cruzeiro started to try to reach the opponent’s goal in a different way. At 29′, Bruno Rodrigues crossed into the area and found Edu. The forward forced Caque Frana to make a great save. At 32′, Z Ivaldo tested from outside, and the goalkeeper avoided another goal.

The Cruzeiro defender, however, did not waste it when he had an opportunity again. In the 46′, he received a cross from Filipe Machado, who took a free-kick from the right side, and headed towards the back of the net. 1 to 1.

At the return of the break, with a new strategy in place, Cruzeiro reduced the volume of errors and reduced the space at Ponte Preta. He didn’t create dozens of opportunities, but he managed to turn the tables around.

At 21′, Bidu took advantage of Nicolas’ mistake and regained possession in the attacking field. The ball arrived at the feet of Filipe Machado, who, from the left, assisted in the measure for Edu to score his 10th goal in Serie B. 2 to 1.

Behind the scoreboard, Ponte Preta got disorganized when trying to get the equalizer and opened spaces for Cruzeiro. In the 35′, Rafa Silva received the ball in the middle of the field, started at speed, beat the opponent in the body, entered the area and touched the exit of Caque França to score a goal. 3 to 1.

Inspired, Rafa Silva even extended the score in the 43′, after a cross in Kaiki’s measure, and put the final numbers in the game at Moiss Lucarelli. It was the fourth consecutive victory for Raposa, who is fighting, in addition to the title, to break records in Serie B.

Reason: 32nd round of Serie B of the Brazilian Championship

Previous Ana de Armas hypnotizes like Marilyn, but “Blonde” divides opinions
Next Guava, Toddynho… Camila Mendes is in Brazil once again for vacation