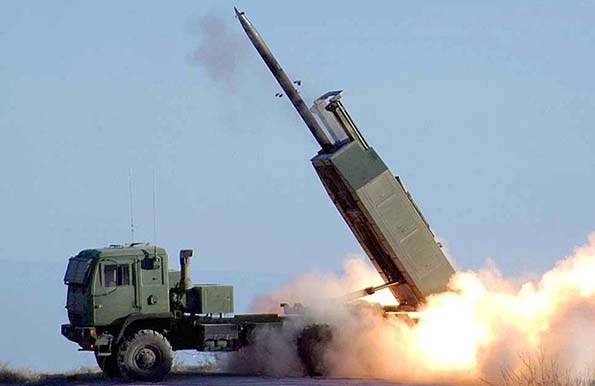 The conflict will continue for an indefinite period without anyone noticing it, at least no military analyst or specialist in war diplomacy risks a prognosis, as to how it will emerge, but there is one certainty that everyone agrees with: with winter coming in force , first in the form of rain that soaks the ground in which not even the caterpillars of the armored vehicles move, then with the cold, up to -30º, which freezes the steel and the soul of the soldiers, creating a kind of timeless vacuum that will allow the parts involved, from the outset, on the one hand, the Ukrainians and their European and North American allies, and on the other hand, the Russian Federation and its local allies in the people’s republics of Donetsk and Lugansk, to stop and consider whether this tragedy is worth continuing when spring arrives.

The other more abrasive question, along with the content of Vladimir Putin’s speech scheduled for this Friday, 30, at the Duma, the Russian Parliament, with a single theme, which is the integration of the Ukrainian territories where the referendums took place, which may be concluded next Tuesday, when the deputies return to vote on the legislative proposals to expand the territory of the Federation to the west, in the east of what is now Ukraine, is what is making the news in the western media these days: who blew up the Nord gas pipelines Streams I and II, which connect Russia and Germany at the bottom of the Baltic Sea.

For now, after the announcement of a new explosion, the fourth, in these two infrastructures that run parallel to the bottom of the Baltic, there are still no answers, but only possibilities such as the New Journal explains here.

As for the equally abrasive issue of tens of thousands of young people fleeing abroad, filling Russia’s borders with countries such as, among others, Finland, Mongolia or Georgia, which began shortly after the announcement of the partial mobilization of more than 300,000 men – some sources say that it could reach 1.2 million -, with each passing day, kilometers are added to the lines of vehicles with people desperate for a place where the long arms of the Kremlin cannot fetch them to put them in front of the battle.

But escape is becoming increasingly difficult, because the government of Vladimir Putin has just ordered a ban on access to a passport for all those who have their names on the long list of mobilization, which includes reservists, which is like that is to say, all those who have gone through military service in recent years, regardless of their will and the type of training they received at the time.

And Russia will need more and more men and women to feed the hungry front of battle of more than 1200 kilometers that covers the provinces where the referendums took place and which the President of Ukraine, Volodymr Zelensky, will not give up, guaranteeing that he will fight for them until the blue and yellow flag replaces the blue, red and white in all corners, even the most rounded corners, of Ukraine from borders recognized by international law and the UN.

This war has everything to increase in intensity if one takes into account the aggressive rhetoric of both sides, but things get thinner when one realizes that the allies of Kiev, the USA and the European Union – NATO, renew every day that passes the guarantees that they will keep open the uninterrupted corridor of weapons and money to feed the conflict, as well as the sanctions on Moscow, which, for example, the 27 European countries have just thickened with an 8th package, which essentially targets the war machine Russia and its export sector, with the exception of gas, which Western Europe cannot get rid of… for the time being.

And it is precisely this topic, the supply of weapons to Kiev, which has just received an important contribution to understanding Washington’s commitment to this conflict, with a list of weapons and ammunition that the US has already delivered to Ukraine in the context of this conflict – seven months – worth $17 billion, according to a Department of Defense document released by Russia Today, a state-owned Russian media.

this list includes 1,400 Stinger anti-aircraft missiles, 8,500 Javelin anti-aircraft missiles, and another 32,000 specific weapons to destroy armored vehicles, more than a million cannon ammunition, tens of thousands of mortars, rockets and grenades, but essentially 150 pieces of heavy artillery , 20 MI-17 helicopters, hundreds of personnel carriers, hundreds of Humvees, 16 High Mobility Rocket Launch Systems (HIMARS), the most effective of the weapons delivered to Kiev by Washington, alongside the famous M-777 Howitzers 155 mm as well as 700 drones and thousands of landmines, among other equipment.

It was also announced that the US will double the number of HIMARS delivered to Kiev, although there is no set deadline, because this type of weapon is conditioned by the slowness of its production due to the high technology used in it and the fact that there are internal rules in the USA that does not allow the country to weaken its own security by releasing these weapons abroad, with those destined for Ukraine still to come out of the factories that produce them.

Context of the war in Ukraine

On 24 February, Russian forces began the invasion of Ukraine at various points, and the Russian President said that it was a “special military operation”, stressing that the objective is not the occupation of the neighboring country, a condition that later evolved into annexation of territories in the Donbass but also the Kherson and Zaporijia regions, but its demilitarization and denazification and ensuring that Kiev does not insist on joining NATO, which Moscow considers part of its vital guarantees of national security.

The Kremlin has been strongly criticizing the advance of NATO towards its borders for several years, adding the former members of the Warsaw Pact, an organization that also collapsed with the demise of the USSR in 1991.

Moscow also aims to guarantee Kiev’s recognition of Russian sovereignty over the Crimean Peninsula, which was invaded and integrated into Russia, after a referendum in 2014, and also the independence of the two Donbass republics, Donetsk and Lugansk, with a Russian majority. , which the Kremlin already recognized in February, having added to this demand the provinces of Kherson and Zaporijia, after the holding of referendums that the international community, almost in unison, does not recognize.

On the Ukrainian side, the view is completely different and Putin is accused of wanting to reintegrate Ukraine into Russia as a way of rebuilding the “Soviet empire”, which collapsed in 1991 with the collapse of the Soviet Union.

Kiev insists that Ukraine is one and indivisible and that there will be no territorial concessions as a way of agreeing peace with Moscow. For President Volodymyr Zelensky, continued military support from NATO is essential to expel the invading forces.

The military organization of the Atlantic Alliance is, however, being accused by Moscow of carrying out a war with Russia by proxy passed to the Ukrainian Army, which, according to Russian Foreign Minister Sergei Lavrov, raises the risk of if it proceeds to World War III, with a direct confrontation between the Russian Federation and NATO, which both the US President, Joe Biden, and President Vladimir Putin, of Russia, have already admitted that if that happens, resorting to the devastating nuclear arsenal on both sides of this barricade that would lead to the collapse of humanity as we know it.

This war in Ukraine was widely condemned by the international community, with the European Union and NATO taking the lead in contesting Putin’s “special operation”, which materialized through the bombing of the main cities, through air strikes. , launching cruise missiles and heavy artillery, and with massive military columns surrounding the country’s major urban centers, but which is now concentrated in eastern and southeastern Ukraine.

In the reaction, in addition to Ukrainian resistance, Moscow had the biggest package of sanctions applied to a country, which is causing considerable damage to its economy, an example of which is the fall in its national currency, the ruble, which reached more than 60%, although it has, however, recovered.

These sanctions, which have already led the world’s major brands to leave Russia, such as the 850 McDonalds stores, the most symbolic, still cover its sportsmen, artists, businessmen, banking and a large part of its exports, leaving only outside the energy sector, natural gas and in part oil…

Thousands of dead and injured and more than 5.5 million refugees in Ukraine’s neighboring countries are the visible part of this humanitarian disaster.

The recent history of this crisis in Eastern Europe can be revisited in the links placed below, on this page.

Previous BC will launch Real Digital in 2024; see EVERYTHING that changes in your life
Next TV Aparecida announces its film schedule for the month of October

Petista said he intends to increase the number of portfolios by 40%, with the possibility …