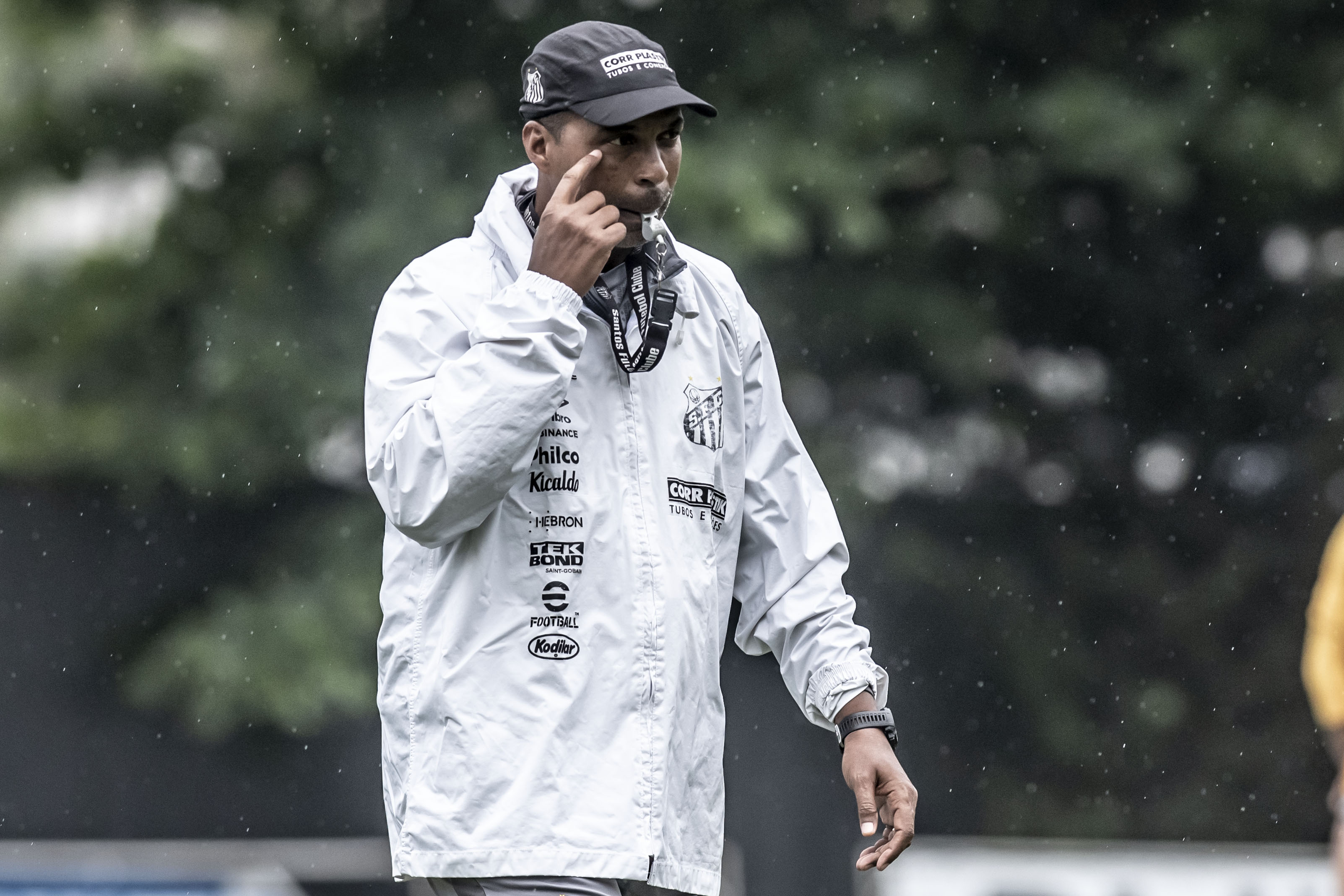 After beating Athletico-PR by 2-0, in Vila Belmiro, the Santos squad returned to CT Rei Pelé this Wednesday. Peixe is getting ready to face Internacional, next Saturday, for the 29th round of the Brazilian Championship.

The players who started the match on Tuesday night did only regenerative work in the gym this afternoon. The rest of the group trained normally on the pitch.

For the duel against Inter, Alvinegro Praiano has two doubts. Maicon and Camacho were injured in the triumph over Hurricane and will be reassessed by the Medical Department.

The defender left the Vila Belmiro lawn crying after feeling a discomfort in the back of his right thigh. Shirt 33 needed to be substituted in the 13th minute of the first half. He was injured in a rush to the defense field after a corner kick.

The steering wheel, in turn, suffered a sprained left ankle. The 32-year-old gave way to Lucas Barbosa in the 31st minute of the second half.

Felipe Jonatan is a right embezzler. The left-back received his third yellow card against Athletico-PR and, therefore, will have to serve suspension.

On the other hand, Soteldo is back. The attacking midfielder is available again after serving the Venezuelan national team. Rodrigo Fernández is also expected to return. The steering wheel is in the final stage of recovery from a partial injury to the rectus femoris muscle of the right thigh.

The Santos squad will return to training this Thursday morning. The delegation travels to Porto Alegre on Friday. The match against Inter is scheduled for Saturday, at 15:00 (Brasília time), for the 29th round of the Brazilian Championship.

At the moment, Peixe is in ninth place in the Brasileirão, with 37 points, seven less than Athletico-PR, which opens the classification zone to the 2023 Libertadores.