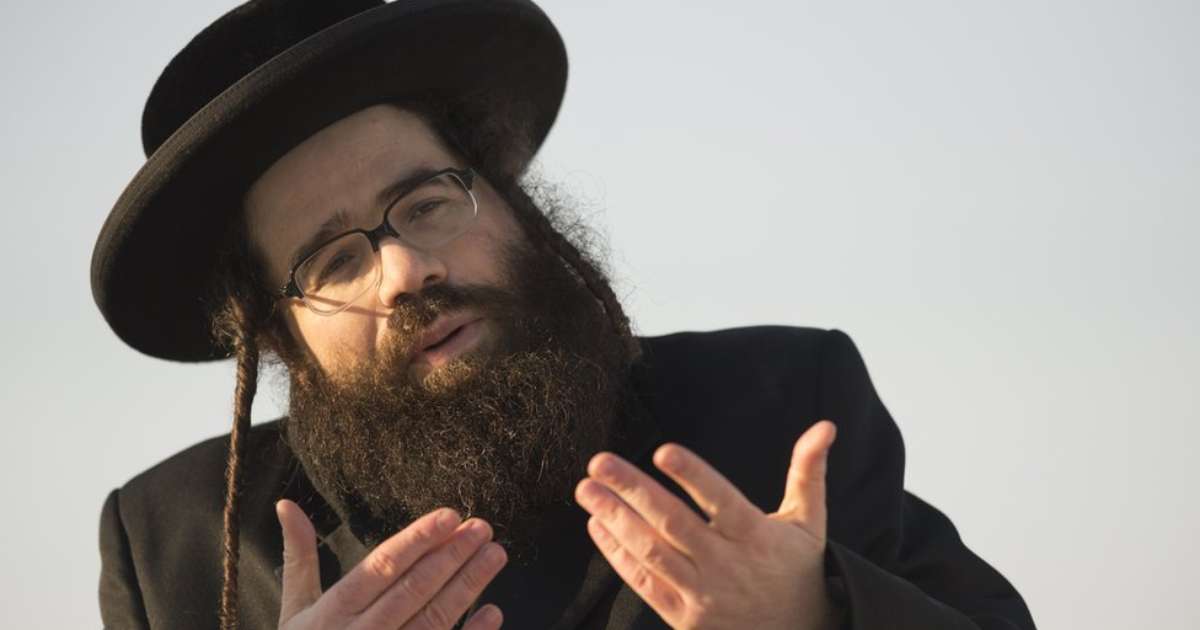 The Mexican police operation that rescued a group of children and adolescents from a Lev Tahor camp in the middle of the jungle in the state of Chiapas once again raised serious doubts about this ultra-Orthodox Jewish sect, whose members were called “Taliban Jews” because their women wear black clothes from head to toe.

However, the controversy surrounding this religious group, established in Latin American countries like Mexico and Guatemala, goes far beyond their ultra-conservative clothing.

A federal judge in Mexico has ordered the arrest of several leaders of the group, whose camp is located about 17 km north of the city of Tapachula, on suspicion of involvement in child abuse cases, following an investigation by the Specialized Deputy Attorney General’s Office. in the Investigation of Organized Crime.

As BBC journalist Raffi Berg recalls, a 2018 kidnapping case of two minors — who were taken to New York by their mother after fleeing the Guatemalan community — ended with nine Lev Tahor members indicted, and four of them — including the son of the cult’s founder and current leader, Nachman Helbrans — in prison.

The minors, kidnapped in the United States, were rescued in January 2019 in Mexico. Nachman Helbrans is the children’s mother’s brother.

On that occasion, BBC News Mundo, the BBC’s Spanish service, gained exclusive access to this community in Guatemala, and one of its members spoke for the first time about this and other cases in which they were involved, alleging that Lev Tahor suffers “persecution politics, because of its ideals”.

“The community was accused of kidnapping, but at no time was this real,” said Guatemalan doctor Obadia Guzmán, on behalf of the 350 people who lived in Santa Rosa, in the southeastern part of the Central American country.

But, as BBC News Mundo journalist Ana Gabriela Rojas pointed out, since its creation in the 1980s in Israel, “this ultra-Orthodox Jewish group has passed through the United States, Canada, Mexico and Guatemala, and its passage through these countries has been marked by kidnappings, child marriages or child abuse scandals”.

Lev Tahor, whose name means “pure heart” in Hebrew, was founded in Jerusalem in the 1980s by Rabbi Shlomo Helbrans. It is estimated to have between 250 and 500 members.

The group practices many of the customs of Hasidism, an orthodox and mystical strand of Judaism, but is even stricter in its application.

As, for example, in relation to their clothes: women must be covered in black clothes, exposing only the face, and men must dress in black, cover their heads with a hat and never shave their beards.

Your diet follows the laws of kashrut, the set of biblical rules that establish which foods are suitable (kosher) for practitioners of Judaism.

However, in this they also follow a more extreme version. Most of their meals are homemade, using natural, unprocessed ingredients.

They do not eat chickens or chicken eggs, considering they have been genetically manipulated. They consume, instead, geese and their eggs. They also don’t eat rice, chives or leafy vegetables, for fear they contain insects.

In the case of other vegetables and fruits, they always peel off the skin before consuming them, even in the case of tomatoes.

As for drinks, they only drink milk from cows they can milk themselves and make their own wine.

Children, on the other hand, cannot eat store-bought candy. Your sweets, therefore, should be limited to the consumption of homemade chocolate or fruits, nuts and seeds.

Their relationship with technology is also extremely limited, as they avoid the use of electronic devices, including television and computers.

On the other hand, despite being a Jewish religious group, its political position is against Zionism, for fear that the Jewish faith will be replaced by secular nationalism in the State of Israel.

Despite their extreme positions, members of this sect believe that they operate entirely within the confines of Jewish religious tradition and norms and that, in reality, there is nothing new or different in what they do.

“They see themselves as the only ones who are following the true path, as the guardians of the walls, as the defenders of the last remaining flame in the Jewish world. They despise other branches of Hasidism, which they consider too compromised and classify them as despicable and degenerate. ,” wrote Shay Fogelman, a journalist for Haaretz who, in 2012, had the rare opportunity to spend five days with members of Lev Tahor.]

“The basic requirement required of Lev Tahor members is simple: worship and serve God at all times, with all your heart and soul. Their libraries only have Jewish books. In their homes, there are no televisions, radios or computers. Concepts such as free time, broadening horizons or seeking personal development, in the strictly western sense, do not exist here.”

“The walls of their homes lack any decoration; there are no pictures, amulets, photographs of rabbis. In most cases, the only decorations are menorah candlesticks or silver religious objects, all kept in a glass case,” he added.

Alongside this description of the sect’s austere life of religious dedication, several accusations have emerged in recent years about the use of extreme and violent forms of control over its members, including the use of corporal punishment against minors and forced marriage of underage women with older men.

These complaints were made by former cult members and their families.

“The community is also accused of promoting marriage between minors. But we never did. This is a personal thing. right to want to marry cannot be prohibited,” Obadia Guzmán told BBC News Mundo.

In 1990, Rabbi Shlomo Helbrans moved the group to the United States, where he established a Jewish school in Brooklyn, New York.

In 1993, Helbrans was arrested in New York City accused of kidnapping a teenager who was studying with him to prepare for his bar mitzvahthe religious ritual that marks the beginning of the transition to adulthood in Judaism.

The boy’s parents accused Helbrans of trying to “brainwash” their son, while the rabbi accused them of abusing the boy.

In the end, a court convicted Helbrans of kidnapping, and he spent two years in prison before being released on parole in 1996.

In the year 2000, the rabbi was deported to Israel, where he did not stay long, because he decided to settle with his community in the Province of Quebec, Canada.

The sect then settled in Sainte-Agathe, a small town of about 10,000, located about a two-hour drive from Montreal.

But there were also new complaints against the group, accused in 2013 by social services of child neglect.

As reported by the local press at the time, Canadian authorities were concerned about the health and hygiene of the minors, as well as their education, because – apparently – these children, who are homeschooled, were not acquiring basic math skills.

But they were not well received. After several months of disagreements, the San Juan council of elders decided to expel the group, claiming that its members rejected locals, refusing to greet, socialize, and even speak to the townspeople.

“We feel intimidated by them on the streets. We think they want to change our religion and our customs,” Miguel Vásquez Cholotio, a member of the council of elders, told Reuters news agency at the time.

To force their exit, the local authorities gave them an ultimatum and threatened to cut off their access to public services.

The sect decided to move to Guatemala City, where its headquarters were later raided by prosecutors from the Public Ministry who were investigating whether there were cases of child abuse.

In 2016, they moved again, to the town of El Amatillo, in the municipality of Oratorio, about 80 km from Guatemala City.

A year later, the Israeli press published information about Helbrans’ death, allegedly occurring while performing a religious ritual on a river in Chiapas, Mexico. It was then that it became known that there were alleged plans by the sect to try to change countries again.

However, after the death of its founder and the arrest of its new leader for kidnapping children, the future of Lev Tahor became even bleaker.

The recent operation ordered by the Mexican authorities in the state of Chiapas shows that the scandals surrounding this ultra-Orthodox group show no signs of coming to an end.

– This text was published in https://www.bbc.com/portuguese/internacional-63070077