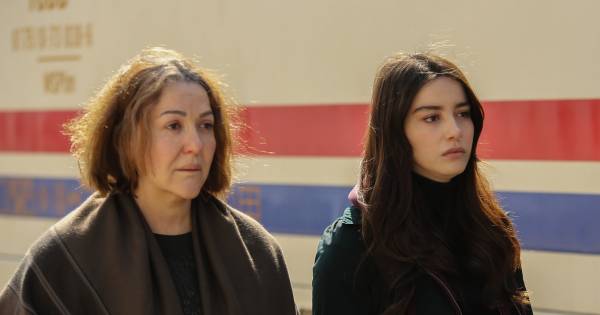 TV Aparecida announces its film schedule for the month of October

– Publicity A2 Filmes Starting on Sunday (2/10), at 3:05 pm, TV Aparecida launches its monthly feature film package. “The Miracle of the Waters” open movie sessions on Friday nights at “Tela de Sexta”, and on Sunday afternoons at “Cine Família”, and in October also with screenings on Saturdays.

The highlight is “A Cry for Freedom”unpublished film on the network, as shown on Friday (10/14), at 21:05. The film tells the story of a daughter who is ashamed of her mother, who does everything for her, and decides to run away to live far from her family. But as time passes, she returns home and tries to make up for lost time and her relationship with her mother.

Check out the full movie schedule:

“The Miracle of the Waters”

Written and directed by Father Ronoaldo Pelaquin, the film tells the story of Nossa Senhora Aparecida through a paraplegic gentleman, José, and his son, João. Upon learning that his parents came from the land of Nossa Senhora Aparecida, the young man decides to take his father back to the city of origin of Mãe Aparecida. Along the way, the father recalls the whole story and the film relives the time when the image was found, in 1717, in the Paraíba do Sul River.

The film recounts the story of Saint Francis of Assisi, from when he was young. The son of wealthy merchants, he enjoyed wine, women, and song without any worries. When war and disease ravage the region where he lives, Francisco undergoes a major transformation. By appearing before the local bishop, renouncing his previous life to dedicate himself to God. But his preaching would only reach its climax when he went to Rome to have an audience with Pope Innocent III.

In the 1980s, in Pindamonhangaba, a lady was invited to make pleated satin dresses, which would be worn by angels in processions and coronations of Our Lady. There were dozens of angels, dozens of processions, coronations, many emotions, comic facts and others of great despair behind the scenes.

The pilgrimage to Our Lady of Nazareth in Belém, Pará, is the largest Catholic pilgrimage in the world, bringing together about two million people. For 5 hours on Sunday, a procession will slowly walk through the city towards the Basilica, around the platform decorated with flowers and the statue of the Virgin of Nazareth. All this dramatically underlines the beauty of a Christian pilgrimage and the expressiveness of faith.

“Mary, Mother of the Son of God”

The work highlights the story of Maria Auxiliadora, a very poor young woman who lives with Joana, her seven-year-old daughter. To get the results of Joana’s exam at the hospital, Maria asks the local church priest to take care of the girl until she returns. To distract the girl while waiting for her mother to return, the priest decides to tell the story of a woman who dedicated her life to her son: Mary, Mother of Jesus Christ.

The documentary “Aparecida do Brasil”, in partnership with the History Channel, features the presentation of TV Globo journalist, Rodrigo Alvarez. It is a historical and journalistic construction, with testimonies and interviews, of how Nossa Senhora Aparecida became one of the Brazilian symbols.

“A Cry for Freedom” (UNRELEASED)

A selfless mother who makes the impossible “possible” for her daughter. A daughter who is ashamed of her mother and wants to escape her presence and life with her. On her journey to college, young Nazli moves away from the village she grew up in. Yet years later, she wants to go home, back to her mother. Is it possible for Nazli to regain everything she lost?

“Time to Start Over”

The feature film tells the story of Faith, a troubled young woman who moves from the city to a horse ranch in the countryside to help her terminally ill mother. Despite being a fish out of water, the girl soon adopts her new lifestyle and learns the importance of family, hard work and helping others.

Ryan is a man who, in the prime of his life, faces various personal, financial and spiritual crises that end up affecting his family and professional life. While receiving help from his father to get through this, Ryan begins a journey of personal renewal that will change him forever, making him discover a faith he didn’t know he had.

“Pantanal, the Good Innocence of Our Origins”

Documentary travels through the regions of Barão de Melgaço, São Pedro de Joselândia, Nhecolândia, Miranda, Cáceres and Poconé, showing the natural exuberance of Mato Grosso and Mato Grosso do Sul and the daily life of the residents of the largest flooded plain in the world, in the heart of from South America.

The screenplay tells the story of Mona Grey, a girl who grew up very attached to her father, who was a brilliant mathematician. After her father gets sick, the girl takes refuge in numbers and falls in love with mathematics, making this world her comfort.

Dóris (Irene Ravache) is a sensual widow who lives in Belo Horizonte and takes care of a pension. She is helped by Bete (Ingrid Guimarães), her niece, who came to town to study nursing. Among Dóris’ most frequent customers are Freitas (Lima Duarte) and Otávio (Marcos Caruso), two friends who are around 60 years old and who dispute the widow’s heart. That’s when Freitas proposes a bet to Otávio, in which whoever wins will have a month to conquer Dóris and, if he loses, he will be forced to make way for his rival.