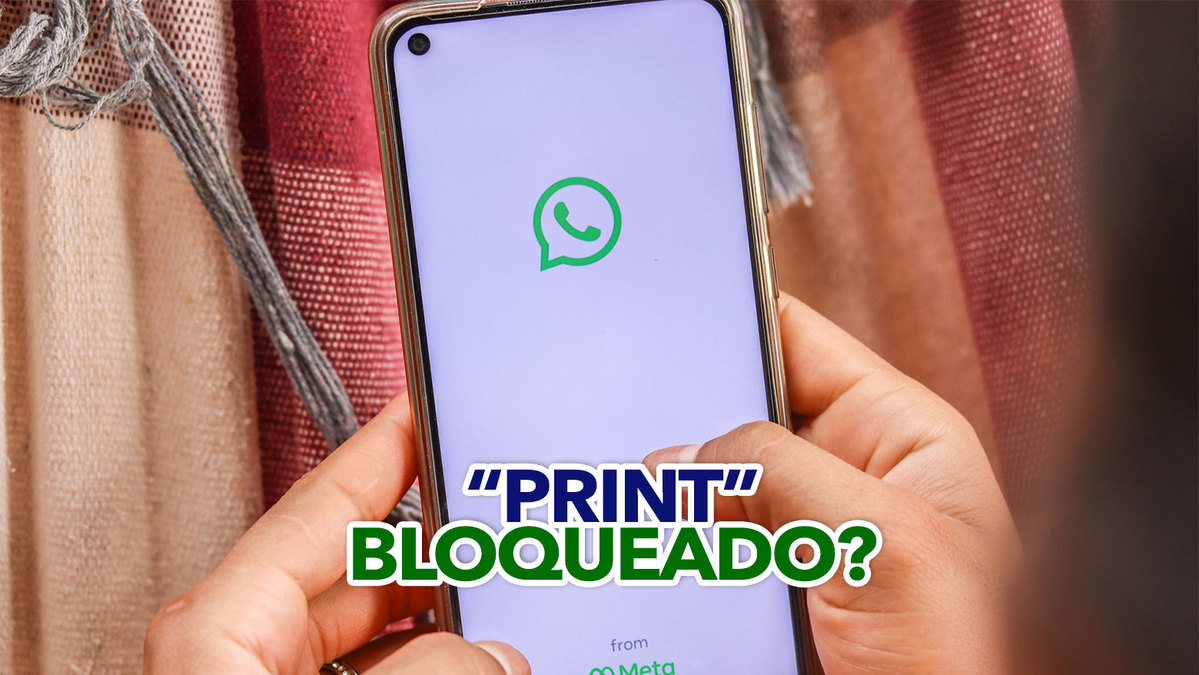 O Whatsapp is one of the most used apps in the world. More specifically, the third with the highest number of constant hits. In Brazil, however, it can be characterized as the largest current online platform, considering the number of users using its resources. That is, the vast majority of people already have access to the network.

Among all its features, developers are developing a new tool that makes it impossible for its users to take a certain screenshot, that is, a “print” within WhatsApp itself. The rumors about “print” are already catching the public’s attention. So if you also use the Whatsappor are interested in the possibilities, it is worth understanding what tends to happen.

First of all, do you know what a “print“? Well this is a screenshot. That is, a feature that allows the user to take a “picture” of the device’s screen. That is, through this capture, he manages to store in his media, the exact function and/or image that is happening at that exact moment, through the screen of his device.

So, if your concern is about screenshots of conversations, contacts, documents, among other things, don’t worry! That’s because, the application will not prohibit this feature in all tools of the Whatsapp. The aim, after all, is to ban theprints” only of specific images, to guarantee the security and privacy of the sender.

These images in question also come from a recent feature of the app. These are single view images. The focus, as mentioned, is on ensuring that the user who received the image, in fact, can only see it once. That is, without registering it or succeeding in any “hidden” situation, in which the individual who sent it does not agree.

See also: Application that SHOWS REAL LIFE? Meet the network that is booming on the internet

In advance, single view feature can assign images and videos. That is, it is possible to send different media, so that the recipient can see them only once. The feature is also quite recent for the app in question. However, several people are complaining about the safety of the tool.

That’s because, even though the goal is to send a single view media, many people choose to take screenshots of what was received. That is, the user who sent it is not notified about the “print“. Therefore, your privacy is not completely guaranteed, as the recipient may keep it. So, with the new capture blocker, that could change.

According to information released by technology sites, the new feature will consist of issuing a message, by attempting to take a screenshot, warning that the feature is prohibited. That is, it will not be possible to register the image. Even if the sender is not notified of the attempt, he will automatically have his privacy protected. So far, there is no specific time frame for the feature to take effect, but estimates are for it to happen in the next updates.

See also: Tutorial to become INVISIBLE on WhatsApp without the help of other apps

Previous “I feel guilty about Corinthians’ equalizer”, highlights Michel Araújo
Next App driver takes husband to wife when he sees he’s with a lover