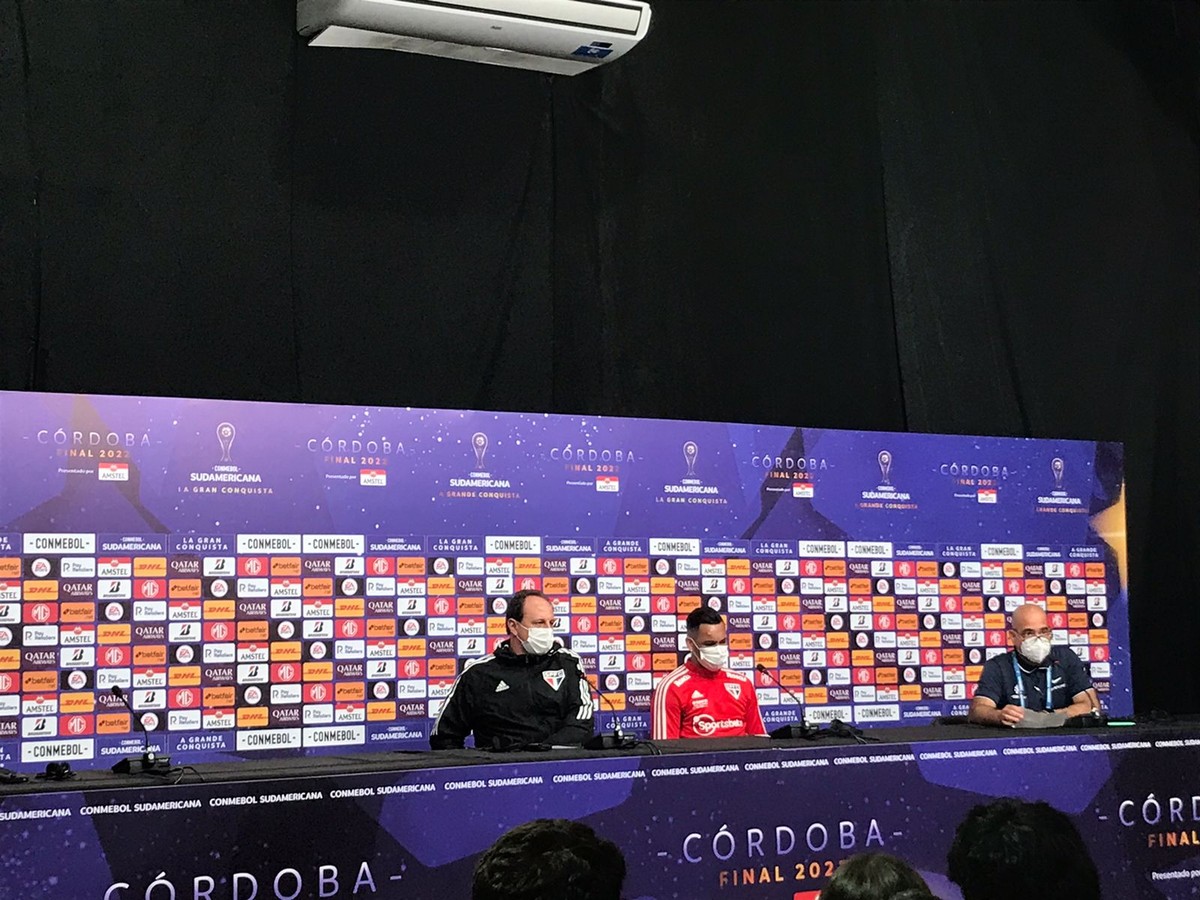 Coach Rogério Ceni kept the mystery regarding the starting lineup of São Paulo for the final of the Copa Sudamericana, scheduled for this Saturday, at 17:00 (GMT), in Cordoba, Argentina.

In a press conference held early this Friday night, the day before the match, the coach avoided saying which team will take the field against Independiente del Valle, from Ecuador, to seek the second championship of the tournament.

The main doubt among the 11 holders is on the right side. Both Rafinha and Igor Vinicius trained in the last few days in the main team.

– I have already decided on Rafinha and Igor Vinicius. One of the two will play tomorrow (laughs) – joked Rogério Ceni.

Rogério Ceni and Luciano give an interview in Córdoba — Photo: Eduardo Rodrigues

There is a concern from São Paulo in relation to the left side of Del Valle, mainly for the winger Chávez. Ceni must decide the starter only this Saturday, hours before the game.

Still on the team, the coach ruled out any possibility of having Nikão on the bench. The attacking midfielder started to work with the ball, but he still doesn’t have the physical conditions to act.

Another athlete whose name was mentioned during the interview was Arboleda, still recovering from surgery. The Ecuadorian defender could reappear in the team in the final stretch of the Brasileirão and, possibly, in the World Cup. But he won’t be in the South American final.

Also in this Friday’s interview, Rogério Ceni brought up the dimension of the meaning of the match against Del Valle.

– It’s a year that can be summed up in 90 minutes. In fact, two years: this and the next, for next year’s schedule, which will be difficult anyway for the club’s timing. But it opens the door of expectation, because football is very impulsive.

– (The title) It can awaken investments and make a giant like São Paulo resurrect. It can be 120 minutes and will summarize what was the history of São Paulo. If I could say what the year was regardless of tomorrow, it was a good year. But it will only be complete if the title comes,” he added.

The duel against Del Valle marks the first international final for the Tricolor since the 2012 South American title.