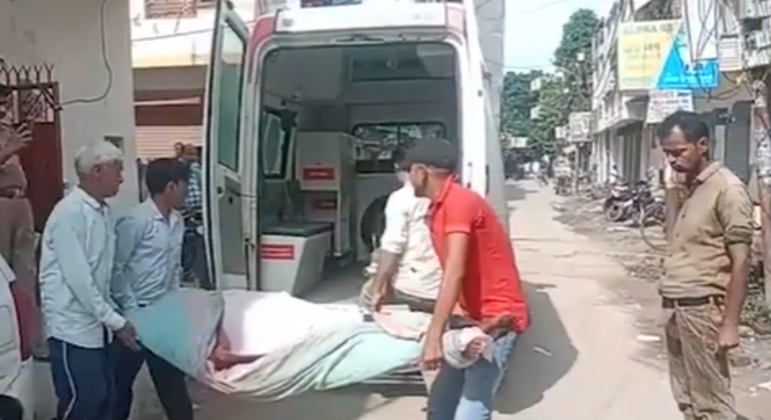 The body of a man was kept at home by his family 18 months after his death. The Indian’s family believed he was in a coma, so they continued to care for him from April 2021, when he died, until last Friday (23).

Vimlesh, as he was identified, was 35 years old at the time of his death, during the second wave of Covid-19. He was pronounced dead on April 22, 2021 from bilateral pneumonia, and the family received the death certificate a day later.

Family members took the body from the hospital and felt that Vimlesh was still breathing, so they continued to care for the body. The company where she worked contacted the family in search of the man, who had not appeared for months.


“Whenever his office asked the family about his whereabouts, they would say that Vimlesh was sick. The family also brought oxygen cylinders and told residents that he was in a coma, receiving treatment at home. They were convinced he was alive. and it would get better,” a local police officer also told the Times of India.

Despite this, the company contacted authorities to inform them that Vimlesh had not appeared since April of last year. With the complaint, the body was recovered and taken to cremation 18 months after death.


According to Ranjan, the family will not be punished, as there was no crime. “As no crimes were committed here, we will not take any action against anyone. The family was still convinced he was alive until his body was taken away on Friday by authorities,” he said.

The doctor explained that the family needed to be convinced about the cremation of Vimlesh after they managed to keep the body for 18 months, thanks to a series of care they maintained.


“In rare cases, when a body is regularly cleaned with certain chemicals and if there isn’t a lot of moisture and air, it doesn’t decompose but is mummified. What the Vimlesh family used to preserve the body for so long is not yet known. clear. When asked, they claimed they didn’t use any chemicals,” Ranjan explained.