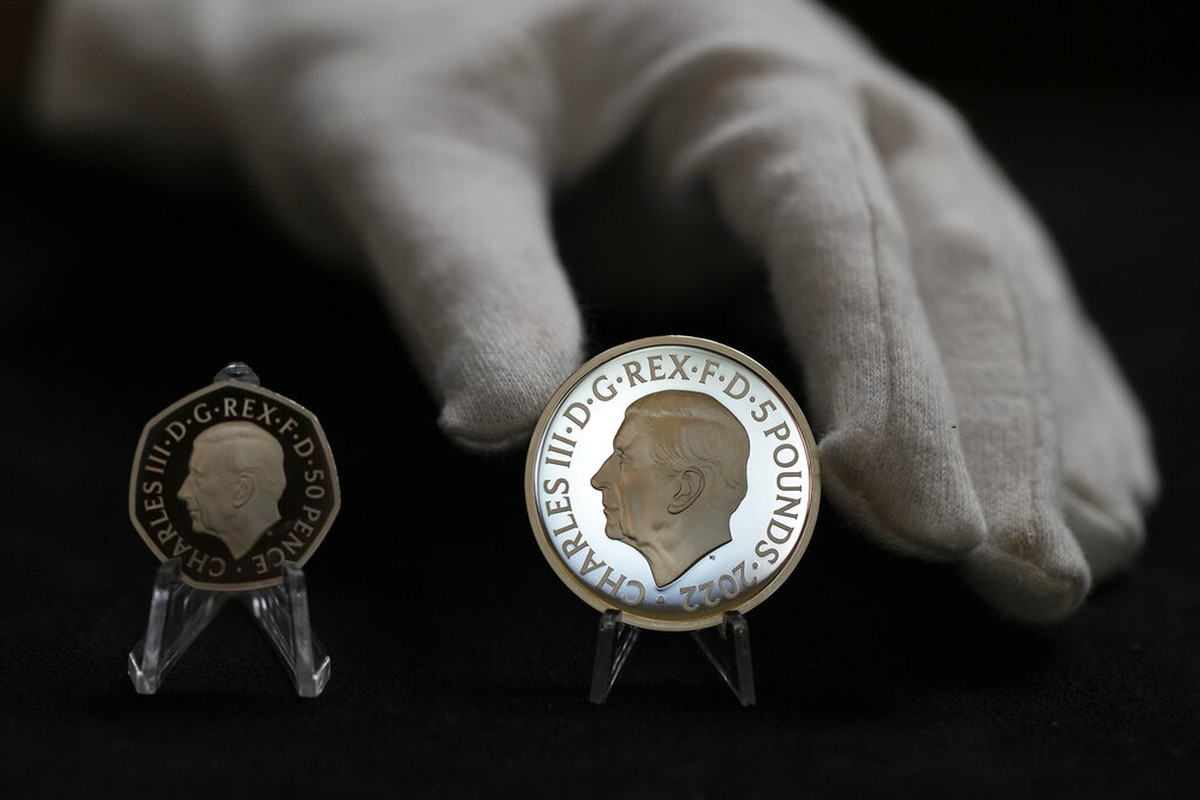 King Charles III: the new coins with the monarch’s effigy that should enter circulation in the United Kingdom | World

New coins bearing the portrait of King Charles III have been unveiled in the UK — the 50p pound sterling, local currency, enters general circulation within a few weeks.

BBC News got a peek at the 50p coin and also the £5 commemorative edition, which features an image of the king created by British sculptor Martin Jennings.

The coins follow centuries of tradition, with the monarch depicted now facing to the left – opposite the side facing her predecessor, Queen Elizabeth II.

Like past British kings, and unlike the queen, he is not portrayed wearing a crown.

King Charles personally approved of the effigy—and was pleased with the resemblance.

The commemorative coins will be sold to collectors by The Royal Mint, the British Mint, from early next week.

The 50 pence coin will be available for general use well before the end of the year, distributed according to demand from banks, mortgage companies and post offices.

They will circulate in parallel with the 27 billion coins from the reign of the late Queen Elizabeth II, which will still be accepted in commerce.

Anne Jessopp, chief executive of The Royal Mint, says coins generally last for 20 years, so Queen Elizabeth and King Charles coins will be in circulation together for many years.

From the beginning of next year, coins from 1 cent to 2 pounds will be minted, which the British use in everyday life, with the same image of King Charles III. They will be issued as needed to replace old damaged and worn out coins — and to cover any extra demand.

“People shouldn’t worry if they have coins with the queen. Let’s keep those coins in circulation,” says Jessopp.

“We’re seeing people switching to different forms of payment, but people also like using coins for a lot of different reasons.”

The official portrait was designed to give the king an accessible appearance, and the same goes for the inscription.

Earlier British monarchs were designated on the coin’s inscription using the Latin version of their name. However, the new coins display Charles III instead of Carolus.

The reverse of the new £5 commemorative coin shows two new portraits of the Queen – from young monarch to long-lived head of state.

On the 50 cent coin, the reverse is a copy of the design used on the 1953 coin to commemorate the coronation of Elizabeth II.

The portrait of King Charles is the first coin design created by Martin Jennings, but his public sculptures include poets John Betjeman at St Pancras station in London and Philip Larkin in Hull.

He used photographs to create the design, rather than the king posing for a specific portrait.

“It’s the smallest work I’ve ever created, but it’s an honor to know that it will be seen and maintained by people all over the world for centuries to come,” he says.

The coins will be minted at the Royal Mint’s headquarters in Llantrisant, Wales, where the Mint — Britain’s oldest company — moved in 1967 to service the decimalization process.

Before decimalization, it was common for people to have coins with different monarchs in their pockets.

A series of coins to celebrate the life and legacy of Queen Elizabeth, including the £5 one, will go on sale by the Royal Mint on Monday.

Separately, people are being told to check if they have any old banknotes at home, as they will be taken out of circulation this weekend.

As of Saturday, stores can no longer accept £20 bills with a portrait of Adam Smith; and 50 pounds with Matthew Boulton and James Watt.

In addition to these Bank of England notes, the British central bank, £20 and £50 notes issued by Clydesdale Bank, Royal Bank of Scotland and Bank of Scotland will also be withdrawn from circulation on the same date.

The £20 notes issued by Bank of Ireland, AIB Group, Danske Bank and Ulster Bank in Northern Ireland will also go out of circulation.

Anyone who misses the deadline can still exchange the old notes at the bank.