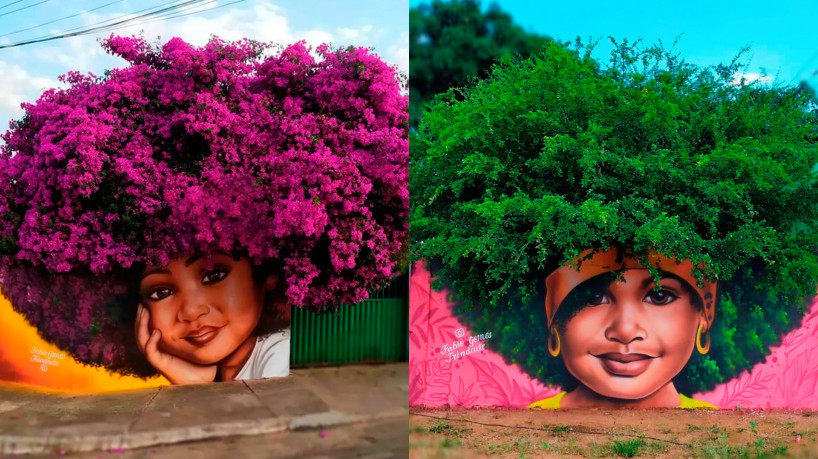 Anyone who walks through the streets of the city of Trindade, Metropolitan Region of Goiânia, has certainly been enchanted by the creativity and beauty of the arts made by Fábio Gomes Trindade, 31, on the city’s walls. But those who think that his works were only in Goiás are wrong. They surpassed Brazil and were shared by black personalities such as Viola Davis and Tina Knowles, mother of singer Beyoncé.

In an interview with THE PEOPLE, Fábio says that his relationship with art began in childhood. From the age of eight he was already passionate about drawings. His great inspirations, he says, were always the anime he watched on television.

“As a child, I was always passionate about drawing, I watched anime on television and started to reproduce in my notebook and to take a liking to art. Since then I never stopped,” she said.

From passion for drawings to becoming an artist

Although the fascination with art appeared early, it took a while for Fábio to start working with paintings. Before, he was a bricklayer’s servant, but whenever he could, he practiced the drawings on a sheet of paper and took it to his colleagues in the profession to evaluate what he produced.

The painter says that they always commented that Fábio had talent and encouraged him to pursue an artistic career. Check out one of his works:

The difficulties of supporting yourself with art and the first viral

Even with his passion for art and the encouragement of friends and acquaintances, the Brazilian comments took a long time to survive just by working as an artist.

“When I decided to leave, it was very difficult because sometimes I earned less than when I was a servant. I never got discouraged, because it was something I liked to do and I struggled to make a living from art. The encouragement that the staff gave me gave me the strength to continue”, said the artist.

The first art that went viral on social media, even being commented on by the famous Hollywood actress, Viola Davis, took place in 2020, during the Covid-19 pandemic. The post showed a work painted on a city wall with the face of a black woman and the “hair” made by the leaves of an acerola tree.

The artist says that he didn’t have much money at the time, when he remembered that he had painting supplies in his house. Even with the “tight” financial situation, he decided to do what he liked and started looking for a place that he could use as a canvas for his work. It was there that he found the ideal place.

“I went there and asked for permission, because I always wanted to do it. So the owner of the wall, who was also a humble person, accepted. I didn’t even charge, and I made art. I never imagined she would get this far. And Then Beyoncé’s mom and Viola Davis shared a photo of her,” he said.

For him, this was an opportunity for more people to know his work, even during the pandemic, with health restrictions, shares made other people like what he had done.

Fábio also says that with the repercussion, the demand started to increase so much, that he was not able to “manage” so many requests. Here’s an example of his production:

Creativity in the bricks of every corner

To compose the images, the artist uses creativity and imagination to use the entire environment around the place in the conception of the works.

Nature and people are the author’s great inspirations. In his works, Fábio reports that he always tries to convey a message, such as valuing nature and racial issues.

“I want to show through my art that this is something beautiful. Each has their natural beauty and that’s more or less what I’m after,” she said.

Among the personalities honored are child model Egypt Sarai, from the United States, Taís Araújo, Rihanna, among others. Check out:

Previous RG, CNH and CPF: Learn how to install documents on your cell phone
Next Lineup: with Balbuena’s return, Corinthians ends its preparation to face Cuiabá | Corinthians 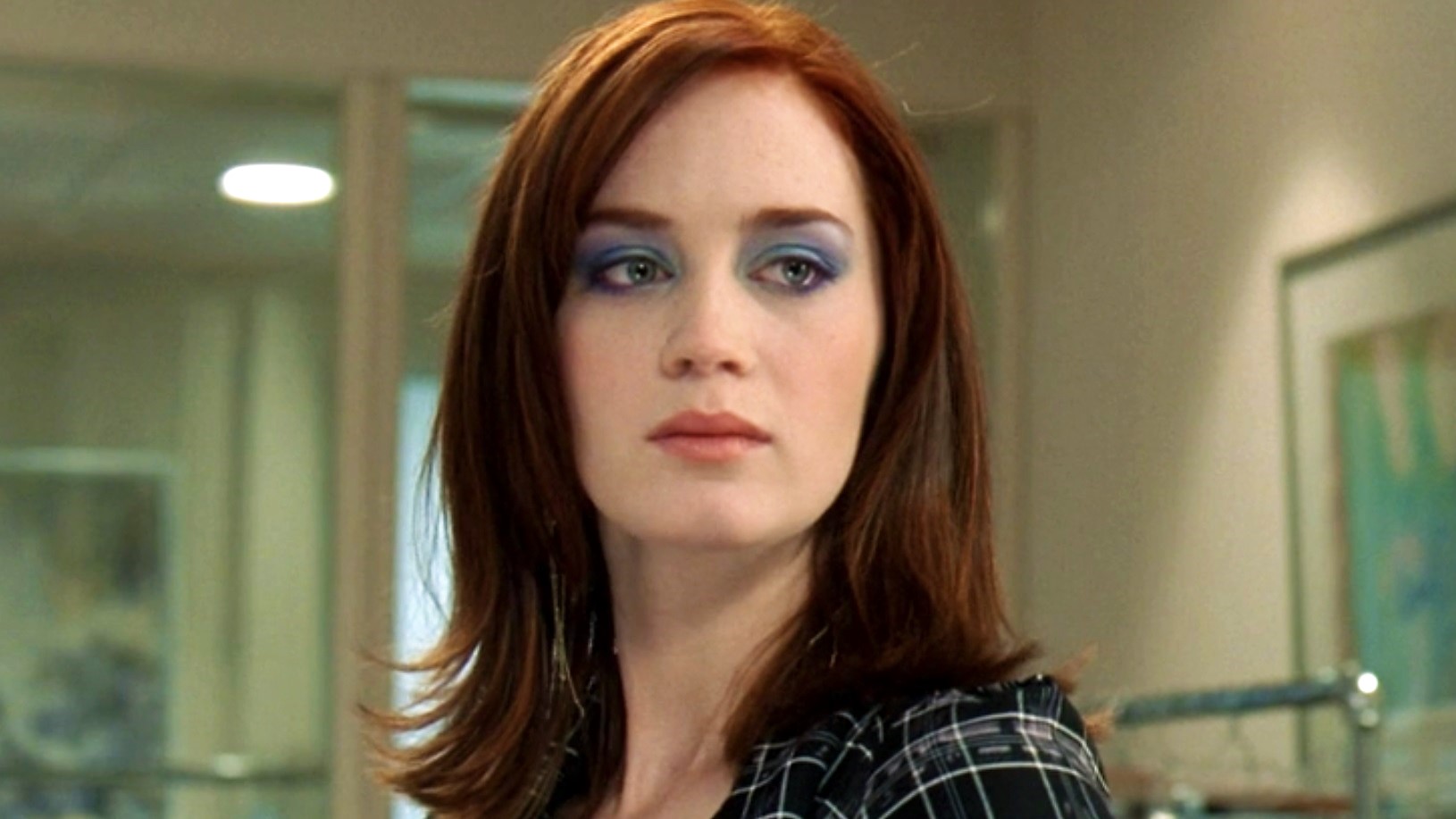 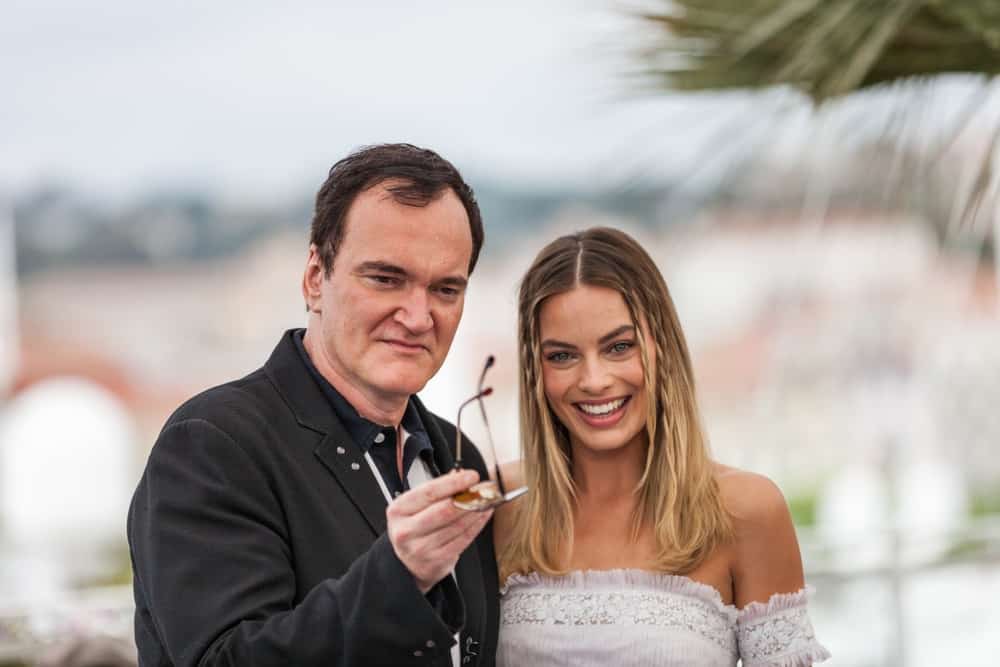 Alexandra Daddario discovers her SINISTER legacy in ‘The Mayfair Witches’ trailer; Check out!

‘Heart of Stone’ Gal Gadot Netflix Movie: Coming in 2023 and what we know so far

In a very heated and competitive bidding war, Netflix has secured the rights to its …