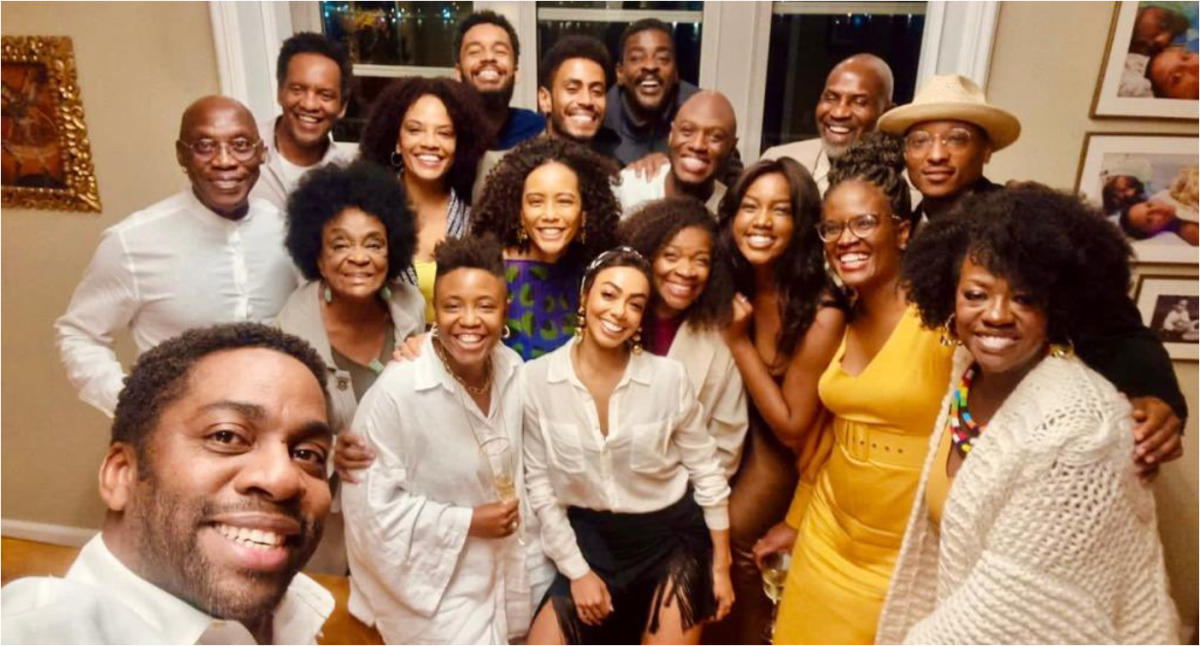 Tais Araújo and Lázaro Ramos received Viola Davis at home and “broke the internet” with a “photo of millions” this Sunday (18). In the click, in addition to the couple and the American actress, other black artists appear celebrating the moment of fraternization, representation and belonging. Iza, Ícaro Silva, Seu Jorge, Djamila Ribeiro, Dandara Mariana and Zezé Motta are among the guests.

In the caption, Taís Araújo did not elaborate, as the photos speak for themselves. “Welcoming friends. Beautiful night and more than special!”, she summarized. In the comments, however, famous and anonymous showed how touched they were with the records. “I’m glad I’m on Wi-Fi because I don’t have mobile data for these photos,” joked journalist Marcos Luca Valentim. “Performing me for you”, said Luanda Vieira.

Viola Davis and Taís Araújo’s friendship was not born now. In 2019, the actress was in the United States to represent Brazil at an award show and was invited to visit Viola Davis’ house. At the time, Taís posted a photo and touched many Brazilians. When Viola Davis came to Brazil to promote the film “A Mulher Rei”, Lázaro Ramos’ wife wanted to return the kindness.

This Sunday (18), Viola gave an interview to Maju Coutinho on “Fantástico” and was touched by talking about being a black woman with dark skin. “People don’t even realize that certain things they say to a dark-skinned woman are very offensive,” she said during the chat.

Previous Review | The Handmaid’s Tale – 5X04: Dear Offred
Next President of Atlético-GO comments on the departure of Eduardo Baptista from the club: “Very bad numbers” | athletic-go