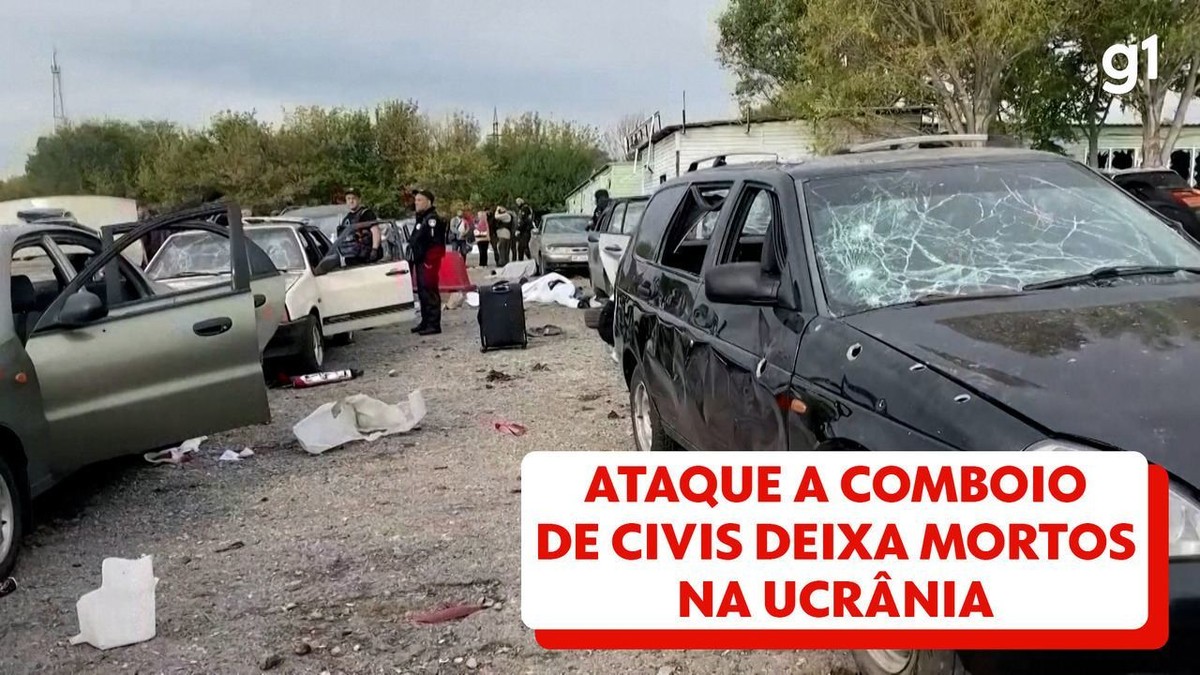 A missile attack on Friday (30) hit a convoy of civilians trying to leave Zaporizhzhia, one of four regions that Putin will announce annexation to Russia.

The bombing left 25 dead, many of them inside their cars and with their hands on the steering wheel, as well as dozens of wounded and a scene of bloodied bodies scattered on the ground. Local authorities attribute the authorship to Russia.

The convoy was gathered at a car market on the outskirts of Zaporizhzhia, preparing to leave Ukrainian territory to visit relatives and deliver supplies in a Russian-controlled area, witnesses and Ukrainian officials said.

Missile attack victim inside a car in Zaporizhzhia, Ukraine, on September 30, 2022. — Photo: Reuters

The windows of the cars were blown out by the impact of the missile strike, and the sides were hit by shrapnel, a witness from the Reuters news agency said.

The regional governor of Zaporizhzhia, Oleksandr Starukh, said via the messaging app Telegram that there were still 28 wounded.

“The occupiers attacked defenseless Ukrainians. This is another terrorist attack by a terrorist country,” he declared.

Moscow has yet to comment on the attack, which takes place on the same day as the Russian President Vladimir Putin will announce illegal annexation of Zaporizhzhia and three other regions of Ukraine – Kherson, Donetsk and Luhansk – which were submitted last week to a separation referendum organized and promoted by Russian forces.

Police Colonel Sergey Ujryumov, head of the explosives disposal unit at the Zaporizhzhia police department, said that the market was hit by three S300 missiles.

“The people hit were mostly in their cars or next to them. There were other serious ones, more than 10. You will be informed about them later,” he told reporters at the scene.

Ujryumov told Reuters that the Russian military “knows that the columns are formed here to go to the occupied territories. They had the coordinates. “It’s not a coincidence attack. It’s perfectly deliberate,” he said.

Vladimir Rogov, a government official installed by Russia in the Zaporizhzhia region, blamed the attack on Ukrainian forces.

“23 people killed… in Ukrainian attack on convoy of cars on the way out to the liberated part of the Zaporizhzhia region,” he wrote on Telegram.

Bodies on the ground in Zaporizhzhia, Ukraine, after a convoy of cars was hit by a missile attack that Ukraine says came from Russian forces, on September 30, 2022. — Photo: Reuters

The vehicles were crammed with occupants’ belongings, blankets and suitcases.

Plastic sheets were placed over the bodies of a woman and a young man in a green car. A dead cat lay beside the young man in the backseat.

Two bodies were found still in a white minivan in front of another car, the windows blown out and the sides scarred by shrapnel.

A woman who identified herself as Nataliya said she and her husband were visiting their children in Zaporizhzhia.

“We were heading back to my mother, who is 90 years old. We were spared. It’s a miracle,” she said, standing with her husband beside the car.

Previous “You will have your contract terminated”; Róger Guedes’ manager can ‘help’ midfielder leave Flamengo
Next Christian Bale Explains Why He Stopped Talking to Chris Rock While Filming New Movie | Series on Stage