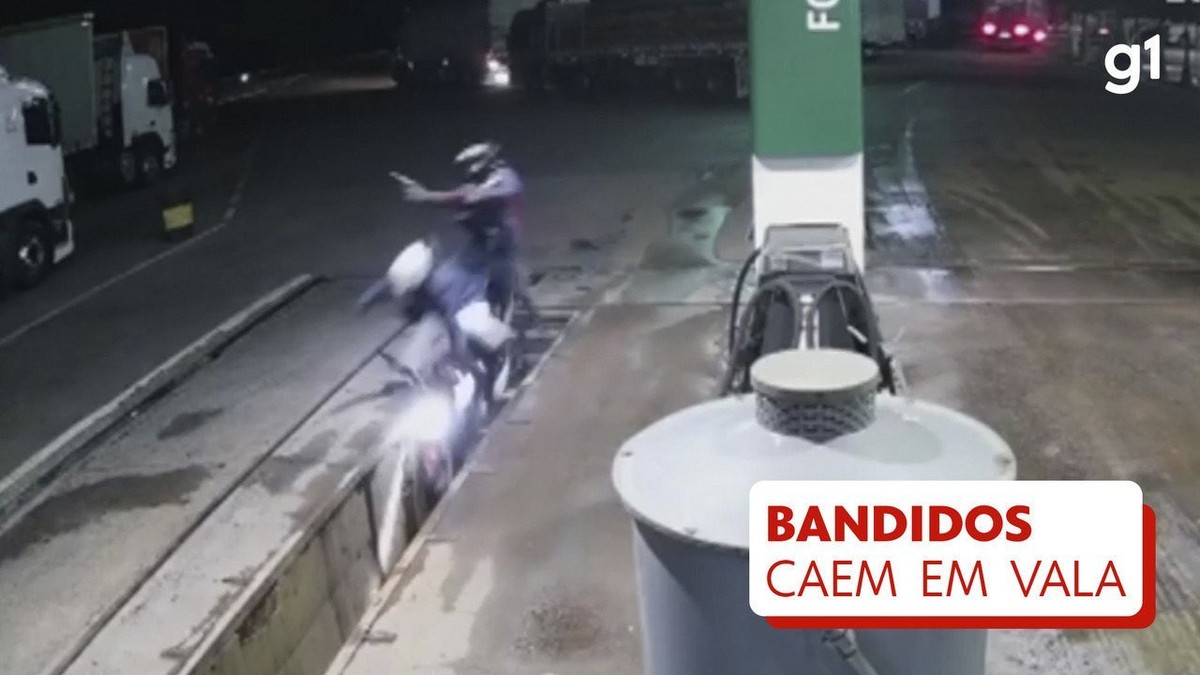 Thieves are arrested after stealing gas station and falling into ditches twice in the interior of SP; video | Itapetininga and Region

Security cameras captured the moment when two thieves fell into a ditch used to change vehicle oil after a robbery at a gas station in Alambari (SP). The pair were then arrested after falling into another ditch while on the road. The incident took place in the early hours of Monday (26).

According to the owner of the post, the criminals asked to supply the motorcycle when they arrived at the establishment. The man who was on the back got off, went to the cashier of the establishment and surrendered an employee.

From the CCTV footage it is possible to see that the criminal was armed. He enters the cashier area with the clerk, who shows where the money is.

About a minute later, the two robbers try to flee the gas station and end up falling into the ditch used for oil change. (watch above). Even after the fall, the passenger still has the gun in his hands, as you can see in the images.

Security camera catches bandits falling into a hole after trying to escape from a post in Alambari (SP) – Photo: Security Circuit / Reproduction

According to officials, the robbers managed to get the motorcycle out of the hole and fled.

The Military Police reported that the two ended up falling back into a ditch, this time on the road. Also according to the PM, they were arrested in the Taboãozinho neighborhood, in Itapetininga (SP).