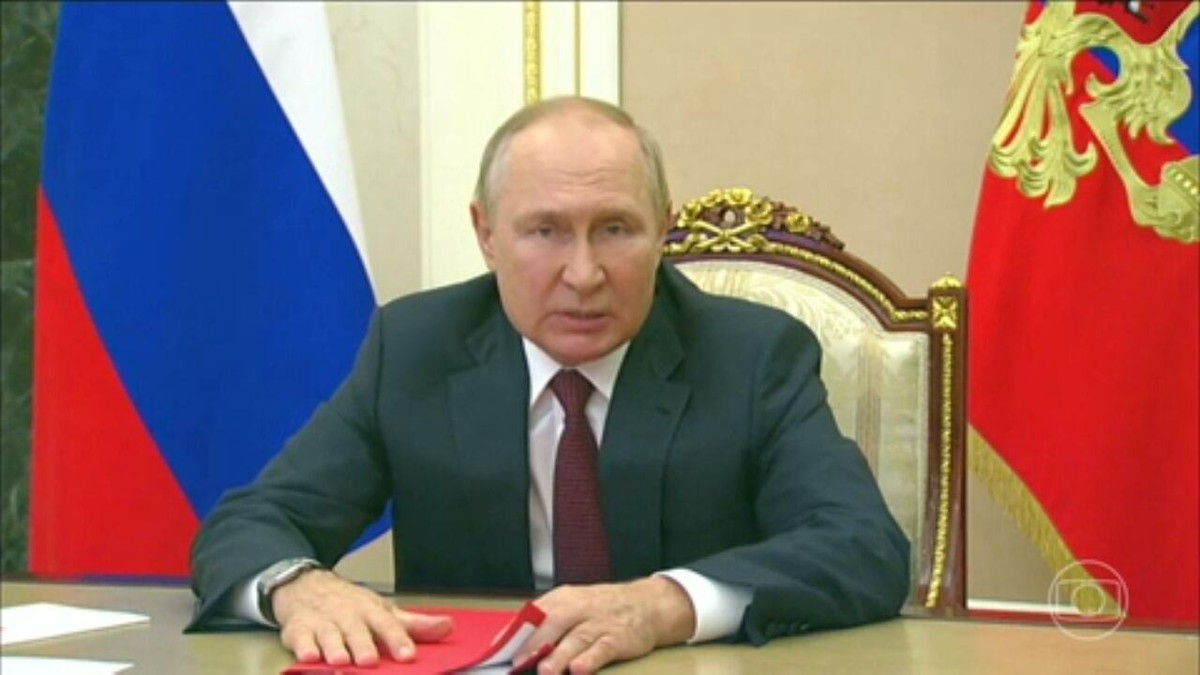 President Volodymyr Zelensky said on Friday (30) that Ukraine will sign an application for accelerated membership of NATO. The announcement came minutes after Russia formalized the annexation of four Ukrainian regions.

“We have taken a decisive step in signing Ukraine’s candidacy for accelerated NATO membership,” Zelensky said in a video posted on social media. In the images, he appears next to the Prime Minister and the leader of Parliament.

The prime minister said that Ukraine must formalize the candidacy this Friday.

Putin led a ceremony to annex four Ukrainian regions partially occupied by his forces. “This is the will of millions of people,” he said in a speech in front of hundreds of dignitaries at the Kremlin, the seat of government.

The ceremony came three days after the conclusion of hastily called referendums, in which Moscow’s representatives in the occupied regions claimed majorities of up to 99% in favor of joining Russia.

Ukraine and Western governments have said the votes, announced just 10 days ago, were conducted at gunpoint and were false and illegitimate.

In a speech repeatedly interrupted by applause, Putin declared that Russia has four new regions. “People living in Luhansk, Donetsk, Kherson region and Zaporizhzhia region are becoming our compatriots forever,” he said.

He asked Ukraine to cease military actions and return to the negotiating table. Kiev has vowed to recapture all land taken by Russia and said Russia’s decision to annex the territories had destroyed any prospects for negotiations.

In his speech, Putin evoked the memory of Russian heroes from the 18th century to World War II and repeated familiar accusations against the West, accusing it of colonial practices and recalling the United States’ use of nuclear weapons against Japan at the end of World War II. world.

The hasty annexations mean that the front lines of the war will now pass through territory that Russia is declaring as its own and that Putin has said he is ready to defend with nuclear weapons if necessary.

Previous iPhone 14 goes on pre-sale next Friday (7); see prices
Next Ashton Kutcher reveals he was drunk when he came out to Mila Kunis