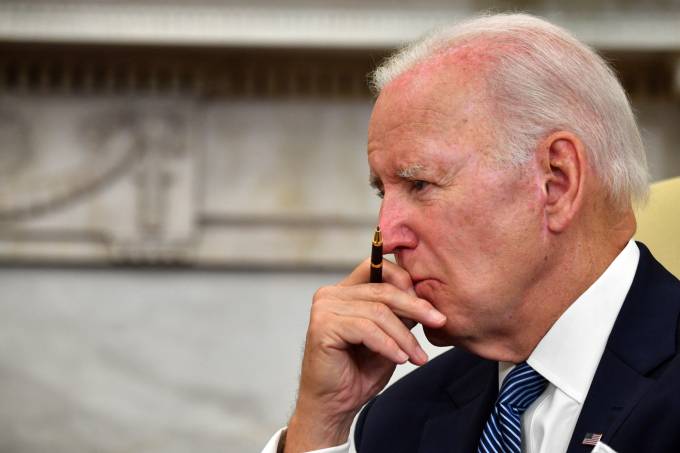 US launches new sanctions against Russia after annexations in Ukraine

The United States on Friday imposed a new round of sanctions against Russia that affect hundreds of individuals and companies, after President Vladimir Putin announced the annexation of occupied regions in Ukraine.

More than 1,000 people and companies linked to the Russian invasion are included in the new sanctions, such as Central Bank President Elvira Nabiullina and the families of members of the National Security Council. More than 100 parliamentarians, the 169 members of the Federation Council of the Federal Assembly of Russia, and leaders of the country’s financial and military areas have joined the US Treasury Department’s list.

“We will not stand by while Putin fraudulently attempts to annex parts of Ukraine,” said Treasury Secretary Janet Yellen.

Among those sanctioned are also Russian Deputy Prime Minister Alexander Novak, the families of Russian Prime Minister Mikhail Mishustin and Defense Minister, Sergei Shoigu. Out of individuals, 14 Russian military suppliers, including two international ones, were punished.

“Current US export controls on Russia may apply to entities in third countries seeking to provide material support to the Russian and Belarusian military and industrial sectors,” the Treasury said.

The US government’s intention is to further weaken Russia’s already degraded military-industrial complex and to impose difficulties on the war.

The State Department said it had imposed visa restrictions on more than 900 people, a list that includes members of the Russian and Belarusian armed forces and other representatives of Russia “for violating Ukraine’s sovereignty, territorial integrity and political independence,” it said.

“Make no mistake: these actions have no legitimacy. The United States will always honor Ukraine’s internationally recognized borders,” Biden said.

Trump said the new sanctions would impose costs on individuals and entities “that provide political or economic support to illegal attempts to change the status of Ukrainian territory.”

“I urge all members of the international community to reject Russia’s illegal annexation attempts and to support the people of Ukraine for as long as necessary.”