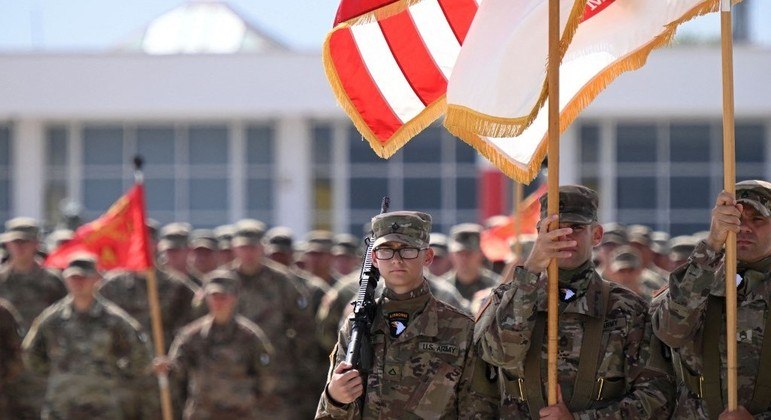 The White House said on Friday (30) that the US military is on standby in Europe for possible confrontations. According to US officials, there is a risk that Russian President Vladimir Putin could use part of the country’s nuclear arsenal.

According to US national security adviser Jake Sullivan, the risk of a nuclear weapon being used by the Russians, however, does not appear to be imminent.

“There is a risk — given all the talk and the waving of Putin’s nuclear weapons — that he would consider it, and we have been clear about what the consequences would be,” Sullivan told reporters.

“We currently see no indications of the imminent use of nuclear weapons,” he added, noting that Washington was communicating privately, but “directly with Russia about the kind of decisive response that the United States would have.”

Also on Friday, US President Joe Biden stressed that the country he commands and NATO (North Atlantic Treaty Organization) “will not be intimidated” by Putin and warned that the military alliance will defend “every inch ” from the territory of the Member States.

“The United States and its allies will not be intimidated,” Biden said at the White House. Putin “will not scare us”. The American president even pointed his finger at the camera while warning the Russian leader: “The US is fully prepared, with our NATO allies, to defend every inch of NATO territory. […] Mr. Putin, don’t misunderstand what I’m saying: every inch.”

Biden spoke shortly after Putin presided over a ceremony in Moscow to declare that Russia had annexed four Ukrainian territories, even as Ukrainian troops continue to fight in these areas to regain control.

“I want to say this to the Kiev regime and its masters in the West: the inhabitants of Lugansk, Donetsk, Kherson and Zaporizhzhia become our citizens forever,” Putin said. “We call on the Kiev regime to immediately stop firing all hostilities and return to the negotiating table.”