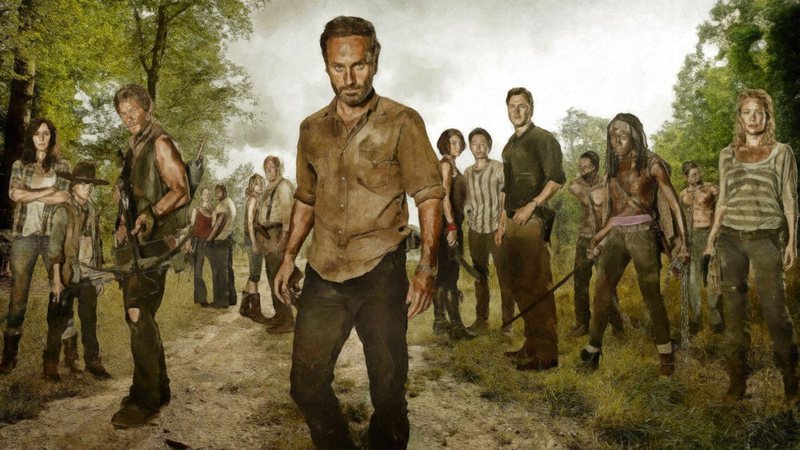 Last episodes will have surprises and even post-credits scene, promises producer

Last season premieres next Sunday (2) on Star+, simultaneously with the release in the United States

It is undeniable that “The Walking Dead” is one of the most beloved series of recent times. Released in 2011, based on the comics by Robert Kirkmanproduction grew beyond what was expected and, even coming to an end in season 11, fans will not miss it, who have already been awarded several spin-offs telling different versions of the zombie apocalypse.

But it’s not because the story won’t end yet that fans won’t have some gifts in the final stretch of the series, which starts next Sunday (2). Franchise Executive Producer, Scott M. Gimple revealed, in an interview with Entertainment Weeklythat the final episodes will bring some surprises and hinted at a post-credits scene in the last episode, opening up new stories:

Will there be a post-credits scene? I just have to say that… maybe. We’re doing some stuff, so maybe. Honestly, we’re literally working on a few things right now, so there’s a couple of ways this could happen.

A post-credits scene wouldn’t be unheard of in “The Walking Dead.” in one of spin-offs, “The Walking Dead: World Beyond”, for example, an unexpected scene with the Dr. Edwin Jennerwho appeared in the first season of the original series, suggesting that the dead had been created and the zombie apocalypse was not a work of nature, took us to an abandoned French laboratory with graffiti written on it. “LED MORTS SONT NES ICI” (“The dead were born here”, in free translation).

O spin off with Daryl (Norman Reedus), which does not yet have a name or release date, must be related to this post-credits scene from “World Beyond”. In addition, fans can still look forward to a new series set in Europe, in addition to the productions that have already been confirmed: “The Walking Dead: Dead City”, with Megan (Lauren Cohan) and negan (Jeffrey Dean Morgan), and a miniseries showing the return of Rick (Andrew Lincoln) and Michonne (Danai Gurira).

ABOUT “THE WALKING DEAD”

“The Walking Dead” comes to an end after 11 seasons on the air. In addition to the main series, “Fear the Walking Dead” is on air, first spin off of the production, released in 2015, which goes back to the past to tell how the zombie apocalypse happened and walks with stories parallel to that of its “mother series”.

In addition to the two, we still advance in time with two seasons of “The Walking Dead: World Beyond”, which shows a community of survivors ten years after “the day the sky fell”, that is, when everything went wrong in the world; and “Tales of the Walking Dead”, an anthology with diverse stories about The Walking Dead Universe.

For the future, we already have three series confirmed: “The Walking Dead: Dead City”, the last one starring Lauren Cohan and Jeffrey Dean Morgan as Megan and negan, respectively, which will further expand this universe; a spin off with Darylcharacter of Norman Reedus, still under development; and a miniseries marking the returns of Andrew Lincoln and Danai Gurira as Rick and Michonne.

Previous CBF discloses audios of the VAR of Atlético-MG x Palmeiras and causes revolt on social networks; listen up
Next Arrascaeta suffers burns with mate and is wearing gloves