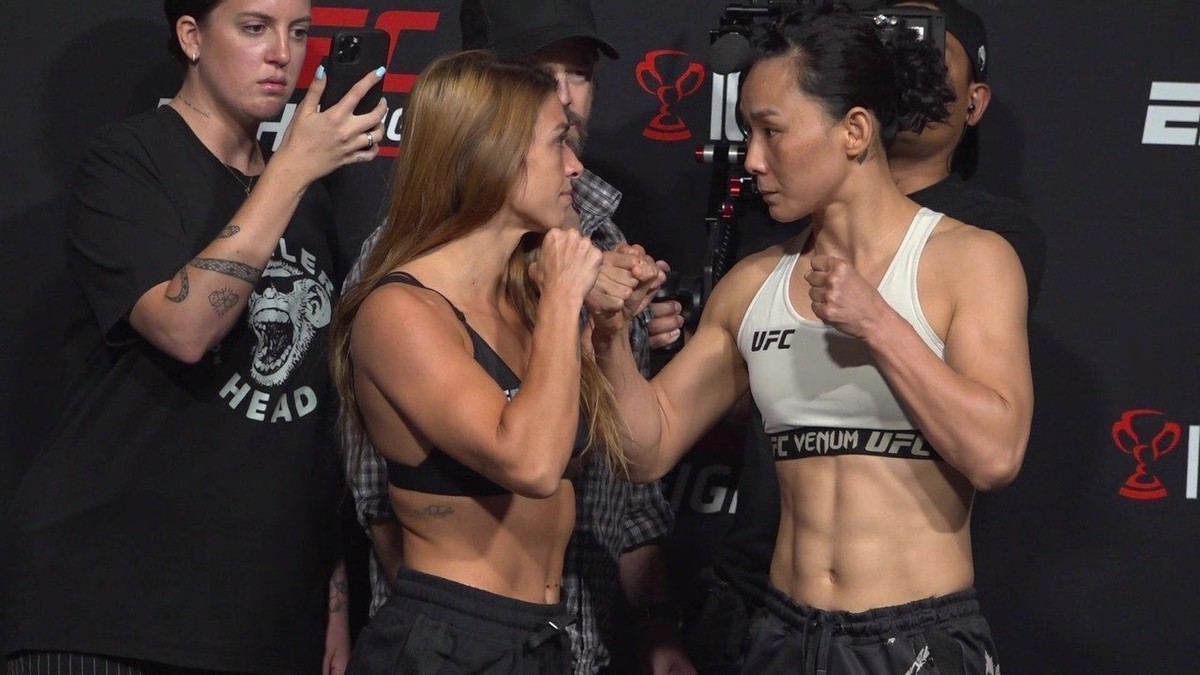 The six Brazilians who passed the scale this Friday did not find it difficult to make weight. In fact, none of them needed to use the entire pound of tolerance (0.455kg). In the faces, the friendly atmosphere prevailed, but Daniel Willycat tried to scare the opponent John Castañeda while they were face to face. The American was not scared and laughed with the Brazilian at the attempt.

In addition to Willycat, the other five Brazilians Mackenzie Dern, Francisco Massaranduba, Raoni Barcelos, Philipe Lins and Netto BJJ made calm faces with their rivals. In the case of Massaranduba, the difference in height stood out. The welterweight is 16 centimeters shorter than Jamaican Randy Brown. 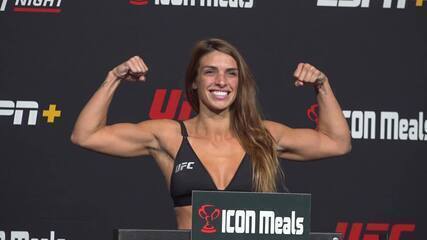 Check out the UFC weigh-in: Dern vs Yan

The weigh-in began with the announcement of a canceled bout before the first fighter hit the scales in Las Vegas. The strawweight duel between Tabatha Ricci and Jessica Penne will no longer take place after the American had health problems on the eve of the event. With that, 12 fights were scheduled and all 24 fighters passed the weigh-in without any problems, which ended in 1h39min.

Still on the main card, at bantamweight (up to 61.7kg), Raoni Barcelos weighed in at 61.5kg and his opponent Trevin Jones scored 61.2kg. And finally, in this upper part of the card, at married weight up to 63.5kg, Brazilian Daniel Willycat weighed 62.8kg, while John Castañeda weighed in at 63.3kg.

On the preliminary card, in a light-weight duel (up to 70.8kg), Brazilian Netto BJJ weighed 70.3kg on the scales, and his rival Jesse Ronson weighed 70.5kg. And the last Brazilian to weigh in was the light heavyweight (up to 93.4kg) Philipe Lins, who was 200g below the division limit, as well as his opponent and Russian Maxim Grishin.

Check out the weights of all the athletes of “UFC Dern x Yan”:

* All fighters were entitled to a tolerance of one pound (0.455 kg) in their weights, as no fight on the card is valid for a belt.