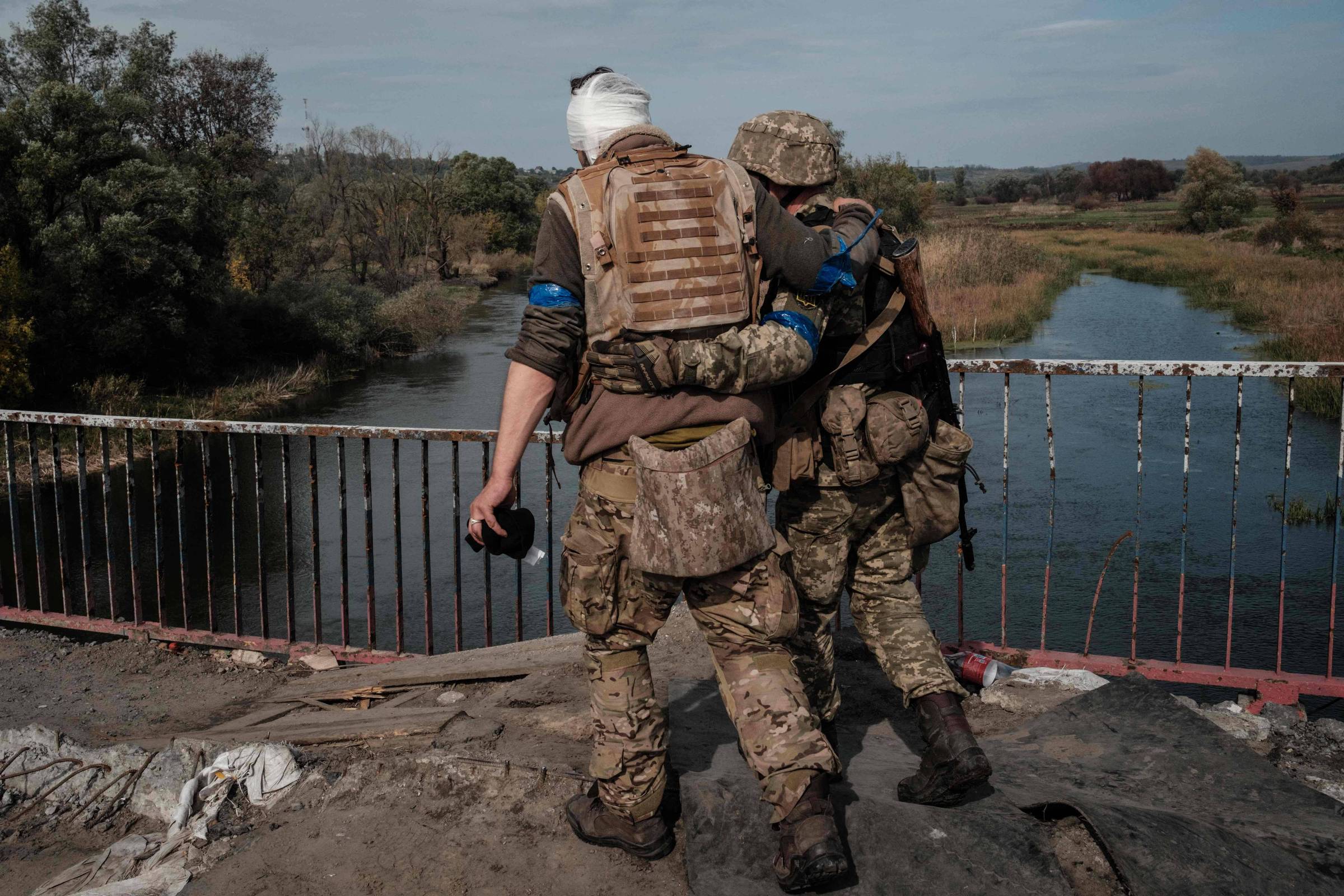 Ukraine’s army forces on Saturday expelled around 5,000 Russian soldiers in the city of Liman, a strategic point in the area annexed the day before by Vladimir Putin in the province of Donetsk – recognized by the Kremlin as a people’s republic.

“In connection with the risk of a siege, Allied troops were withdrawn to more advantageous lines,” the Russian Defense Ministry said in a statement. According to Ukrainian reports and Russian military bloggers, the siege had indeed been established throughout the early hours of the morning.

The advance took place over the course of this week, and appears to have been designed by Kiev to demoralize the Russians a day after Putin held a grandiose event to celebrate the Russian integration of Donetsk and its neighboring Russian-speaking region of Donbass (east), Lugansk, and beyond. the southern areas of Kherson and Zaporijia, which link the first two to Crimea, annexed in 2014.

The head of the separatists who ruled much of Donetsk since the 2014 civil war, Denis Puchilin, said on Friday that the situation was “very unpleasant” and that it would be necessary to “learn from our mistakes”.

At this point, however, the resumption of Liman is a more symbolic action than definitive for the course of the war. But it gives rise to greater strategic and political assessments than the yellow and blue flag of Kiev at its entrance, as shown in images released on Saturday morning (dawn in Brazil).

Kiev could establish a bridge to the eventual invasion of Lugansk, an area that is almost entirely occupied by Moscow – key points such as Kreminna, Severodonetsk and Lisitchansk are less than 50 km from Liman.

“Liman is important because it is the next step in the liberation of Donbass,” Ukrainian military spokesman Serhii Cherevatii said.

This would have more serious implications, should there be a breakdown of Russian defense in the region. Putin last week decreed a mobilization of 300,000 reservists to at least strengthen the defense of the areas he annexed.

It was a response to the worsening situation on the ground, as Kiev had almost effortlessly reclaimed the area of ​​Kharkiv province, neighboring the Donbass, which had been occupied by Moscow at the beginning of the war. The Russians, worried about an offensive mounted on Kherson, apparently left the region unguarded.

Some observers speculate whether the Russian withdrawal may have been part of Putin’s plan to establish the border he wanted to annex to open a path to freezing the conflict, as the announcement of the regions’ absorption referendums and mobilization was made shortly after the defeat in Kharkiv.

It is unfathomable, of course, but the hypothesis that Russia reacted to the risk of defeat and tried to create a political fait accompli seems far more rational, either to have a way out of the war on its terms, or to regroup and follow the combat.

In addition, there is another important point: Putin has threatened the use of nuclear weapons if he considers that Russia is at existential risk. As the occupied areas are now considered by the Kremlin as their own, the corollary of an atomic impasse arises.

The US has already warned that even the use of a small-power weapon, against troop movements or military bases, would be responded to in a “horrific” way for the Russians, according to Secretary of State Antony Blinken.

Americans seem to be taking the risk of escalation seriously. Last Wednesday, the head of the US Strategic Command, Admiral Charles Richard, participated in a panel that discussed the risks of an attack on the country, in the National Harbor (Maryland).

“All of us in this room are back to the work of contemplating competition through crisis and possible direct conflict with a peer in nuclear capabilities. We haven’t had to do that in over 30 years, and the implications are profound. theoretical,” he said.

The mobilization, on the other hand, generated protests in the Russian urban middle class, which saw several influential professional categories such as banking system employees or IT workers exempt from conscription, protests and the flight of men in border regions of Georgia, Kazakhstan and Mongolia, countries that do not require visa from Russians.

Still, it goes on, and in maybe two months, forces begin arriving with minimal training in Ukraine. It remains to be seen whether President Volodymyr Zelensky also has the military strength to make an advance on Lugansk, as well as the willingness to pay to see Putin’s atomic bluff.

In southern Ukraine, state-owned nuclear power company Energoatom said the Russians had arrested the director of Europe’s largest atomic power plant, the Zaporyjia, which is under occupation by Moscow and shut down. If confirmed, it could be a step towards trying to place the site under the administration of Russian state-owned company Rosatom.

Previous Leclerc takes pole in Singapore; Verstappen starts in 8th and gets angry – 01/10/2022
Next 9 actors who were turned down by Marvel: Millie Bobby Brown was almost X-Men