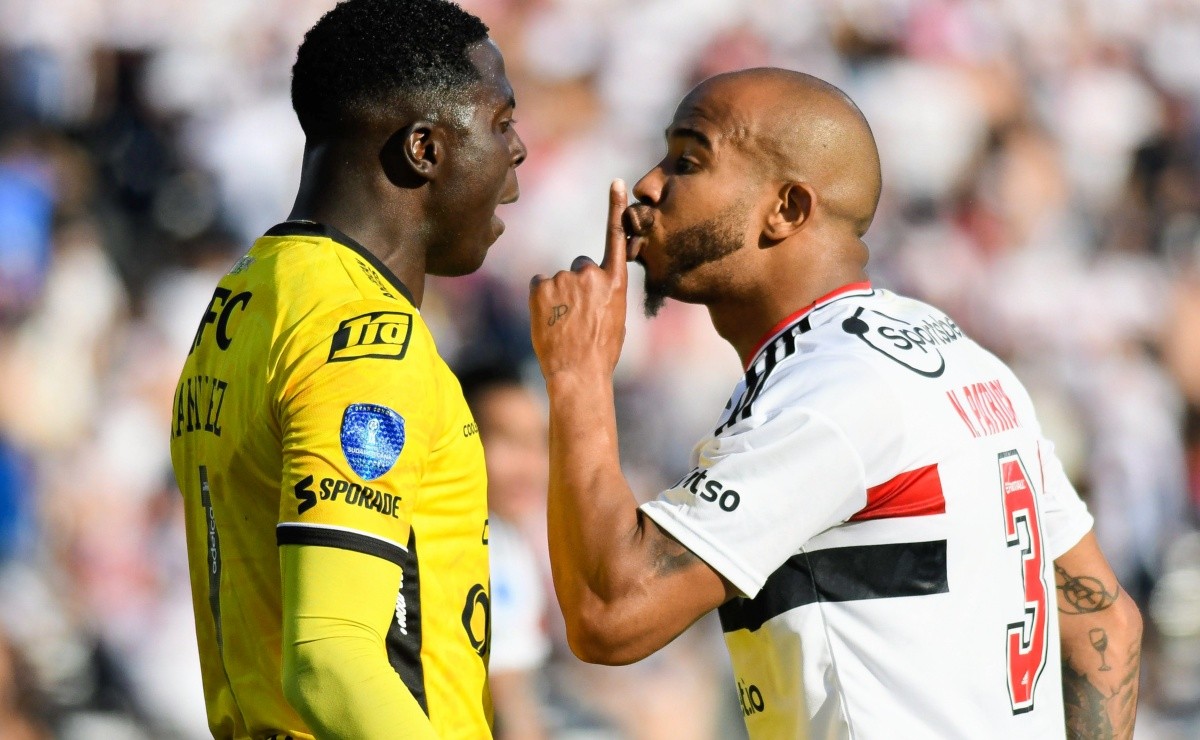 São Paulo lost to Independiente Del Valle by 2-0, this Saturday (1). As a result, Tricolor Paulista also lost the Copa Sudamericana cup, after a performance in which Rogério Ceni’s team almost didn’t scare the opposing team and this became comment after the match between the Ecuador team’s players, who exposed where was the Sovereign’s crucial mistakes and consequently gave the title to them.

According to defender Segovia, Tricolor felt the blow after their team’s first goal, after the second, the team got even worse and felt the ‘blow’: “What hit them was the first goal. The second destroyed them. After that, there was anxiety, a lot of nervousness, that’s why they had two players sent off. They played a good role, they deserved to be in the final, but we didn’t relax and we managed to win.”

The midfielder Gaibor also followed the same line as his teammate, in addition to stating that Ceni’s team lacked creativity: “São Paulo’s game did not flow. We’ve been working together for a long time. This makes our team play ‘from memory’. We prepared very well for this game and, in the few chances we had, we were forceful and that was the key to the triumph.”

Finally, the midfielder who entered during the complementary stage stated that teamwork was what made the difference: “”The secret is the solidarity of the group. We have a good process, those who play, those who don’t, we try to always be together, I think that’s the key.” – Without the title, São Paulo seeks to gear up once and for all in the Brasileirão, the team returns to the field on Thursday (6), against América, at Independência, in Belo Horizonte.

Previous Follow how the voting for president around the world is going – News
Next Halloween: 15 New Horror Movies to Get in the Mood of the Month | Movies and series