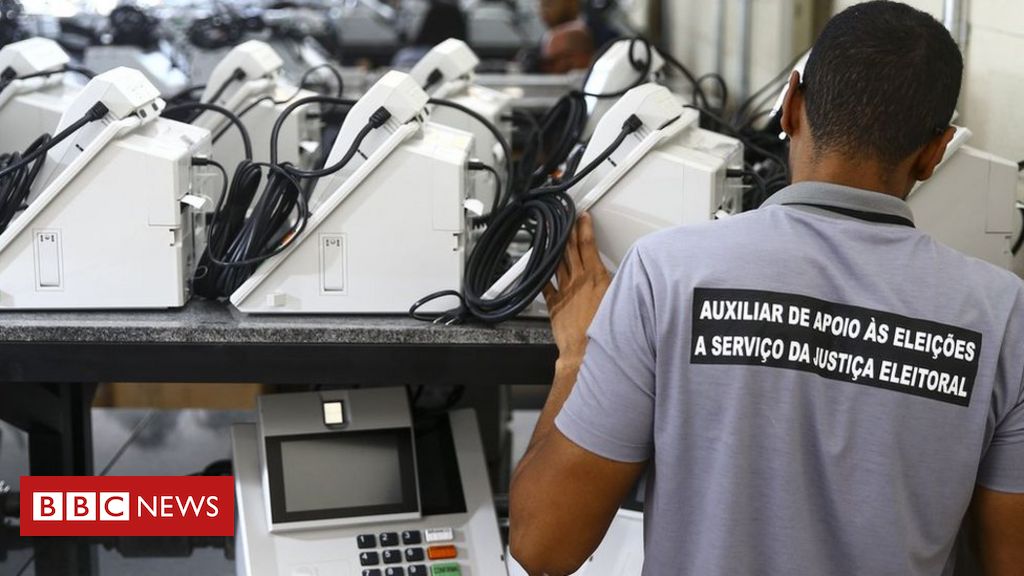 Elections 2022: impact in Latin America ranges from ideology to economy

The Brazilian presidential election should impact other Latin American countries, in the view of analysts, politicians and citizens heard by BBC News Brazil, and be reflected in political relations, the economy, trade, ideological debate and voter votes in addition to Brazilian borders.

The current perception of the effect of the Brazilian election occurs because former President Luiz Inácio Lula da Silva (PT) and President Jair Bolsonaro (PL), who lead polls of voting intentions, are known to voters in neighboring countries who follow the race to the Planalto Palace.

Lula was already renowned for having governed Brazil for two terms and, even before he was president, among unionists and academics for his life trajectory. Bolsonaro became known mainly after his election in 2018.

“Brazil has a greater weight than Mexico and Argentina and not only in Latin America. And the electoral result can radiate to the entire region”, says political scientist Juan Lucca, a professor at the National University of Rosario.

For Amílcar Salas, professor of Political Science at the University of Buenos Aires (UBA), this is a “decisive” election at the regional and global level.

Lula’s supporters believe that his election could consolidate a “turn to the left” in the region, especially South America, and rekindle the dialogue between countries with leaders who are part of this field of the political spectrum.

Those who do not support him understand that Bolsonaro’s re-election would prevent the strengthening of political movements defined as left or center-left and the Brazilian president would establish himself as a reference for the right in the region.

On September 22, the election and recent Brazilian political history were the subject of a seminar, with a full room, at the National University of San Martín (UNSAM), in Argentina.

“In 2018, we didn’t see a Bolsonaro in Argentina. And now, with the radicalization of the right, nothing would be impossible”, commented one of those present in the audience.

The perception is that, in addition to geopolitical issues, the outcome of the Brazilian ballot box could influence the vote of the neighboring electorate.

A physiotherapist from the city of Buenos Aires, who declared herself averse to Kirchnerism, led by former president and vice president Cristina Kirchner, told the report that she hopes President Bolsonaro will be reelected. And not because she is a bolsonarista.

“If Lula is elected, he will support Cristina. And I don’t want her to be president again. We have a series of problems here, such as very high inflation, which Kirchnerism doesn’t solve and, in addition, Cristina has several complaints in court,” he said. .

An advisor to one of the largest agribusiness entities in Argentina noted that “it is not that there is clear sympathy in the field for Bolsonaro”, but that the problem, in this case, is that rural producers and Kirchnerism live in “constant arm wrestling”. and, if Lula is elected, this political movement could be strengthened.

There is another argument, said the advisor, the understanding that, despite the difficulties, the Brazilian economy “is doing much better” than Argentina’s.

Political scientist Dolores Rocca Rivarola, from UBA, recalls that Bolsonaro became known in Argentina when he gave a speech in 2016 and surprised Argentines. In that speech, he defended Colonel Brilhante Ustra, a military man recognized by Justice as a torturer.

On September 24, the Kirchnerist politician Axel Kicillof, governor of the Province of Buenos Aires, the largest in the country, participated in a campaign event, with Argentine artists, in the city of La Plata, in support of the election of Lula, in yet another sign of the direct influence of what happens in Brazil.

Publicly defending the former president’s return to the Planalto became a frequent feature of this campaign, as was seen at the seminar of the Community of Latin American and Caribbean States (CELAC), held last month in Buenos Aires.

“May Brazil return to CELAC, with Lula, obviously,” said the Mexican Alicia Bárcena, former executive secretary of the Economic Commission for Latin America and the Caribbean (ECLAC).

According to her, the fight against poverty was one of her policies during the presidency, which should be highlighted and which was in line with other governments in the region at the time.

At the same meeting, former Spanish Prime Minister José Luis Rodríguez Zapatero said that if Lula is elected, Brazil and Latin America as a whole will gain greater weight on the international stage.

“Only Latin America has no confrontations with other continents and has extensive trade relations, including the United States and China,” he declared.

“These are important assets for the reconstruction of the multilateral system. But it is clear that this can only be done after the election in Brazil. And what we hope is that Brazil will vote for Lula.” The audience applauded and some shouted: “Lula already”.

In the view of center-left and left-wing politicians, Lula’s return to the presidency will be decisive for the resumption of fluidity in regional dialogue. Behind the scenes of the Argentine government, it is said that “it will be easier to work with a (possible) Lula government”.

The reasoning includes the fact that South American countries are presided over by leaders from Lula’s political spectrum, such as Gabriel Boric in Chile, Gustavo Petro in Colombia, Luis Arce in Bolivia and Alberto Fernández in Argentina.

Today, presidents talk little about past times. “The problem is not that Bolsonaro and Fernández don’t talk to each other. The fact is that Bolsonaro doesn’t talk to anyone,” said former Lula government chancellor Celso Amorim.

Contrary to the 2018 election, when the far right was practically absent from the Argentine political debate, Bolsonaro’s name is now associated with this sector that has become part of opinion and preference polls, albeit timid in relation to other movements. politicians, of the Argentine electorate.

In interviews, politician Javier Millei, who seeks to be president and is a friend of deputy Eduardo Bolsonaro (PL-SP), has praised and declared support for the reelection of the Brazilian president.

“Bolsonaro is running an excellent government. It is good to be aware of what is happening in the Brazilian economy, which is registering deflation. The problem is the left,” said Millei.

In a parody that recalled one of the World Cup songs, a “Jair” sang in a political mood board on the television station TN: “Argentina, decime que se siente con inflación del 90%” (In free translation: Argentina , tell me how you feel with 90% inflation. Argentina is expected to register this rate of price increase this year.

Among the analysts interviewed by BBC News Brasil about the possible impacts of the Brazilian election, Juan Lucca says that the effect is undeniable.

“With Lula elected, the expectation is that the region, as a whole, will grow again, especially if a new boom in commodities (as of the beginning of the century),” said the political scientist.

“If Bolsonaro is re-elected, we already know the scenario that exists. But the political influence (direct), in the case of Argentina, which holds a presidential election next year, will depend on the performance of the (eventual) Lula government. will be in a hurry for results, and that could influence the Argentine election as well.”

For the professor, the influence of the Brazilian election may occur in four pillars: political, economic, commercial and ideological.

He somewhat agrees with Zapatero when he says that, if Lula is elected, international debates may arise, such as the expansion of the BRICS, a bloc of emerging countries formed by Brazil, Russia, India, China and South Africa. Sectors in Argentina defend the country’s entry into the group.

Salas also believes that, with Lula in the Brazilian presidency, Argentina could “consolidate” its entry into the bloc. Furthermore, he said, Mercosur would gain new momentum.

For him, an eventual election of Lula “would have a positive impact” on the domestic politics of other countries, such as Argentina and Paraguay, for example.

In the analysts’ view, presidential dialogue would once again be more constant in the region. “With Bolsonaro, in Brazil, with Lacalle Pou, in Uruguay, and with Marito (Mario Abdo Benítez) in Paraguay, this does not happen today”, says Lucca.

Sources from the Uruguayan and Paraguayan governments argue that the pandemic has contributed to cooling off the dialogue, as each has turned to taking care of its own problems.

The Brazilian election, the analyst understands, can “radiate” to the rest of the region, strengthening the center-left and sectors of the left, such as the Frente Amplio, in Uruguay.

For Lucca, if Bolsonaro is reelected, the “radical right” will have him as an even stronger reference.

“In this case, Javier Millei and others who define themselves as ‘libertarians’ and those who defend gun ownership will have more reasons to justify their speeches,” he said.

And the broad and historic Peronist movement, now fragmented, will need to unite, as a center-right and even left-wing option.

According to Venezuelan analyst Luis Vicente León, from the political consultancy Datanalisis, the impact of Bolsonaro’s re-election, in regional terms, would be “less relevant” than in the case of Lula’s election.

“Lula could undoubtedly represent the consolidation of more leftist groups, with their different nuances, and I think this would open doors for the strengthening of regional groups with blocs, including a relocation of Venezuela,” he said.