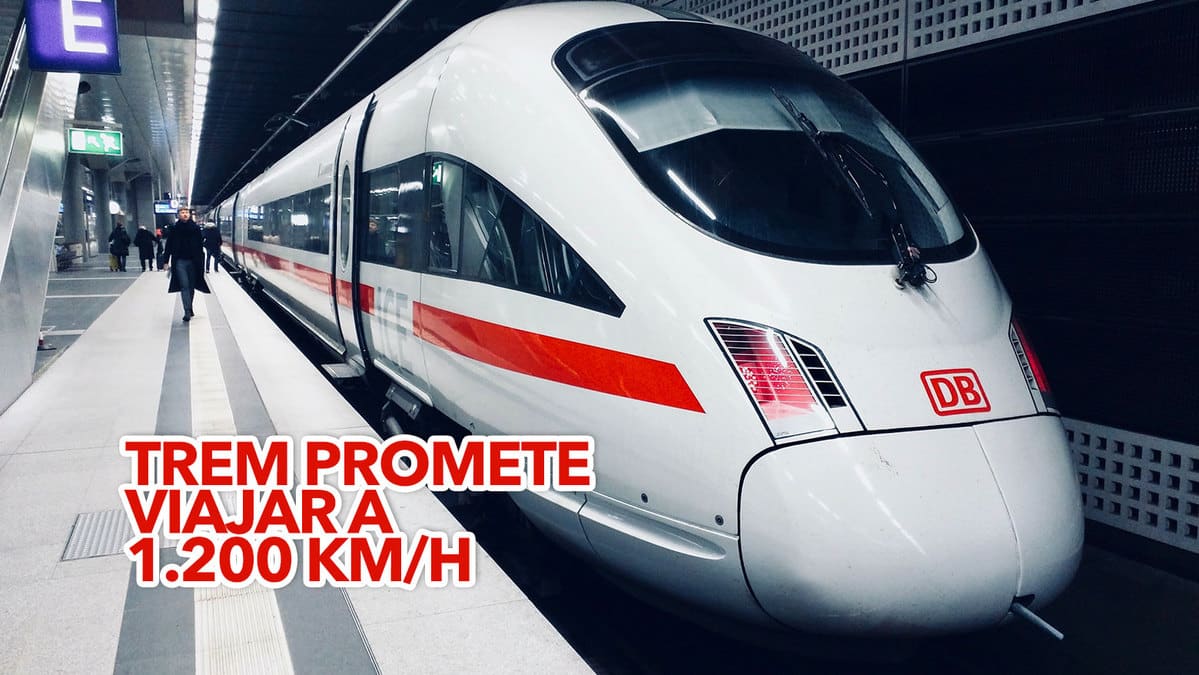 How much will a trip on board cost?

Bullet trains have been a reality for some time now. The first high-speed train began transporting passengers in Japan in 1964. However, the first transports of the type that reached high speeds were tested much earlier. More precisely on October 23, 1903, when the Siemens & Halske AG railway car reached a speed of 206.7 km/h. Now, a new train promises to travel at 1,200 km/h.

Currently, high-speed trains reach around 285 kilometers per hour. Something unthinkable a few years ago. But now, a new train from Canada promises to unseat the Japanese with the promise of reaching an impressive speed of 1,200 km/h.

The train that promises to reach 1,200 km/h is the Fluxjet Super Train, from the company TransPod. The “wingless plane” objective is to connect the cities of Calgary and Edmonton, Canada – which are about 300 kilometers apart – in just 45 minutes.

To get an idea of ​​the speed of transport, a normal trip by plane between the two cities takes about 50 minutes, while by car and bus the journey takes around three hours and four and a half hours, respectively.

See too: Find out which are the most honest countries in the world; list is amazing!

The FluxJet, from the TransPod company, in addition to becoming the fastest in the world, has features and elements that will make it even cleaner than airplanes. According to the developers, this was one of the main concerns: to reduce the emission of pollutants, something essential for future generations.

The train, which will reach 1,200 km/h, will run on renewable energy and will be able to transport both passengers and merchants without leaving a carbon footprint along the way. The company calculates that the means of transport will help reduce emissions of polluting gases by 636 thousand tons of CO2.

To reach 1,200 km/h, the train uses a magnetic flotation system with a network of low-pressure tubes. To top it off, when it leaves urban environments, it will work with magnetic levitation technology, eliminating rolling resistance. The idea is to carry 54 passengers per car.

If the speed advantage wasn’t enough, the Fluxjet will have affordable prices. With an investment of around 18 billion dollars, the train that promises to reach 1,200 km/h should cost almost half the price of a plane trip. The TransPod estimate is that the value of the ticket can be 44% cheaper than an air transport with the same route.

However, it’s good not to confuse the Fluxjet with the Hyperloop project, presented by billionaire entrepreneur Elon Musk, which promises to reach 1,078 kilometers per hour. They are two completely different projects and with different developers.

While still-president Jair Bolsonaro leaves the motorcycles behind and focuses on military ceremonies, Bolsonarist groups …