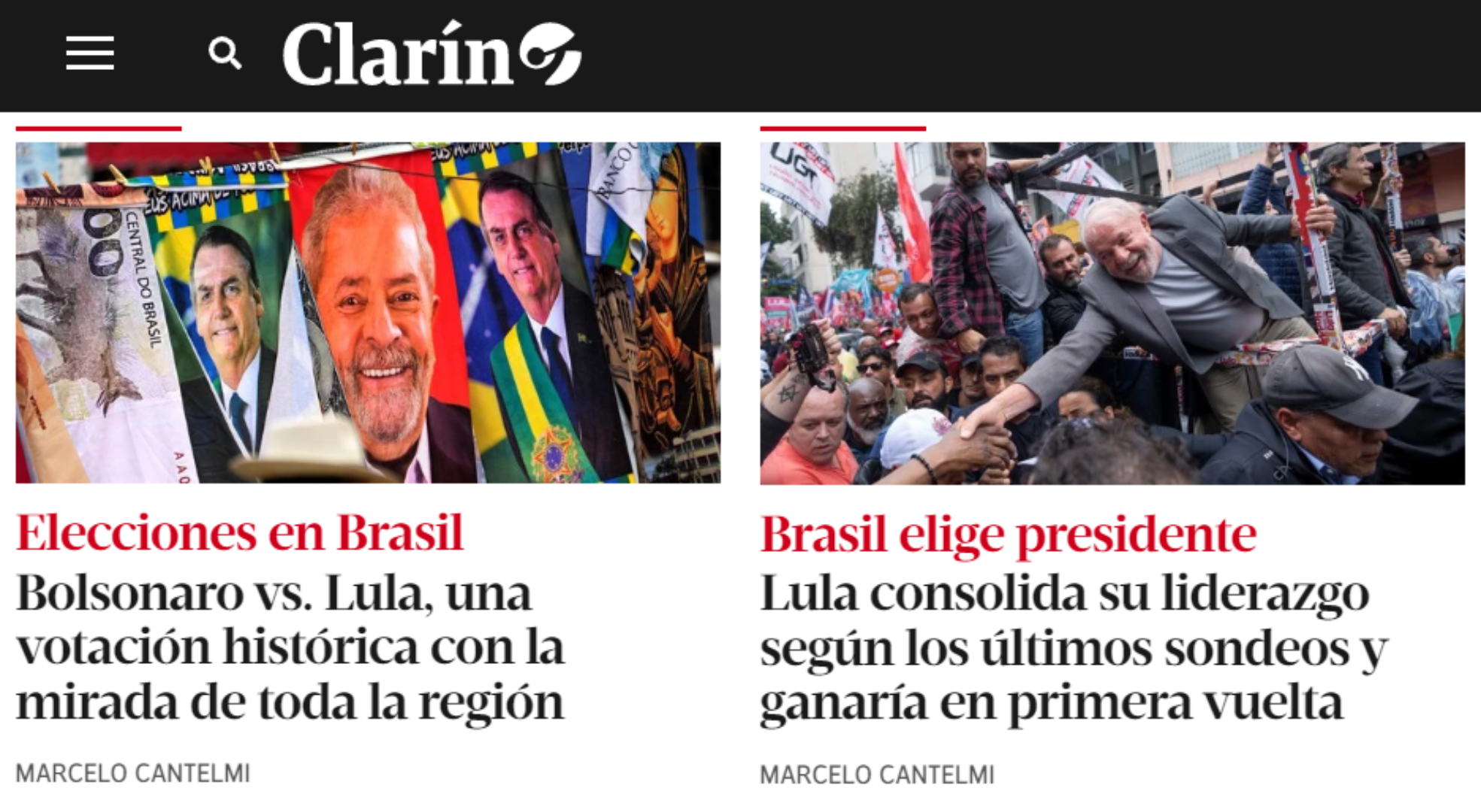 Read what the international media says about the elections in Brazil

Vehicles highlight polarization between Lula and Bolsonaro, tension and risk to democracy

The international media highlighted the presidential elections in Brazil this Sunday morning (2.Oct.2022). While the headlines of some of the main newspapers in Latin America emphasize the importance of the election for the entire region, European vehicles emphasize the risk to democracy and criticize President Jair Bolsonaro (PL).

“Bolsonaro vs. Lula, a historic vote that focuses the eyes of the entire region”, wrote the Argentine Clarin. Text talks about the polarization between former President Luiz Inácio Lula da Silva (PT) and the current Chief Executive. It also states that this election is “marked by violence, fear of mutiny and even an unlikely military coup”. 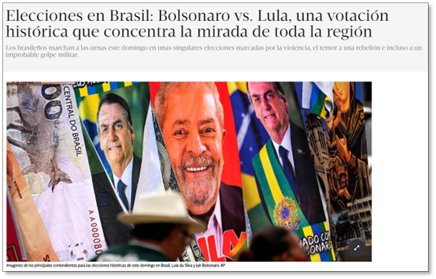 O The Country Uruguay followed the same line in emphasizing the importance of voting for all of Latin America:

already the El Espectador, from Colombia, reflected on a possible defeat for Bolsonaro, if the polls confirm it, but with no end in sight for Bolsonarism. He questioned whether the president will accept defeat and addressed the question of what a PT government would be like, given that Lula focused on highlighting past successes and attacking the opponent during the campaign. 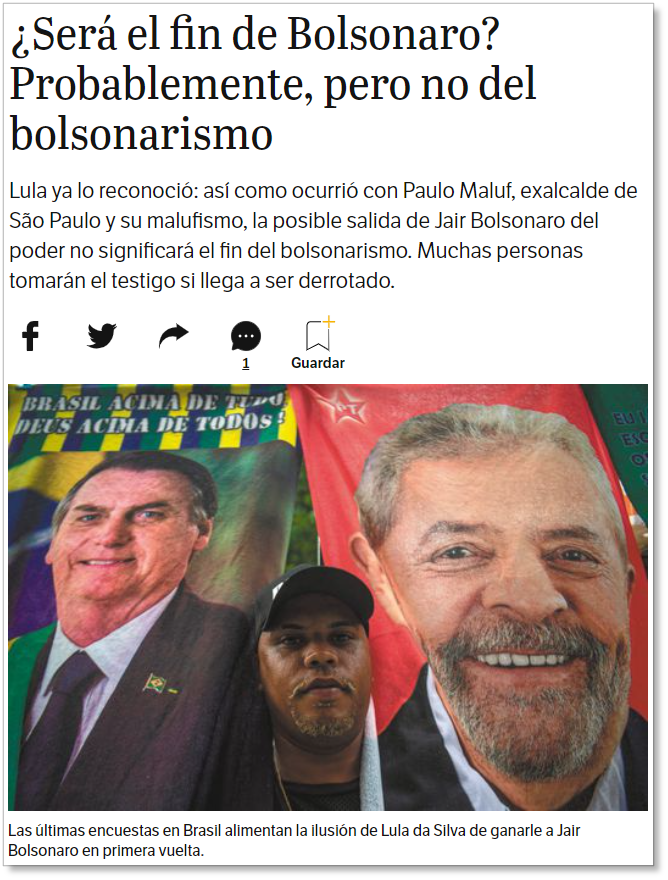 The North American press, in turn, did not give much prominence to the topic in the early hours of this Sunday morning (Oct 2). The newspaper Washington Post stated that the “Brazil faces crucial decision: more Bolsonaro or return to Lula?” in a summary of the Brazilian political scenario. “The vote boils down to a decision between messianic political giants with large followings.”. 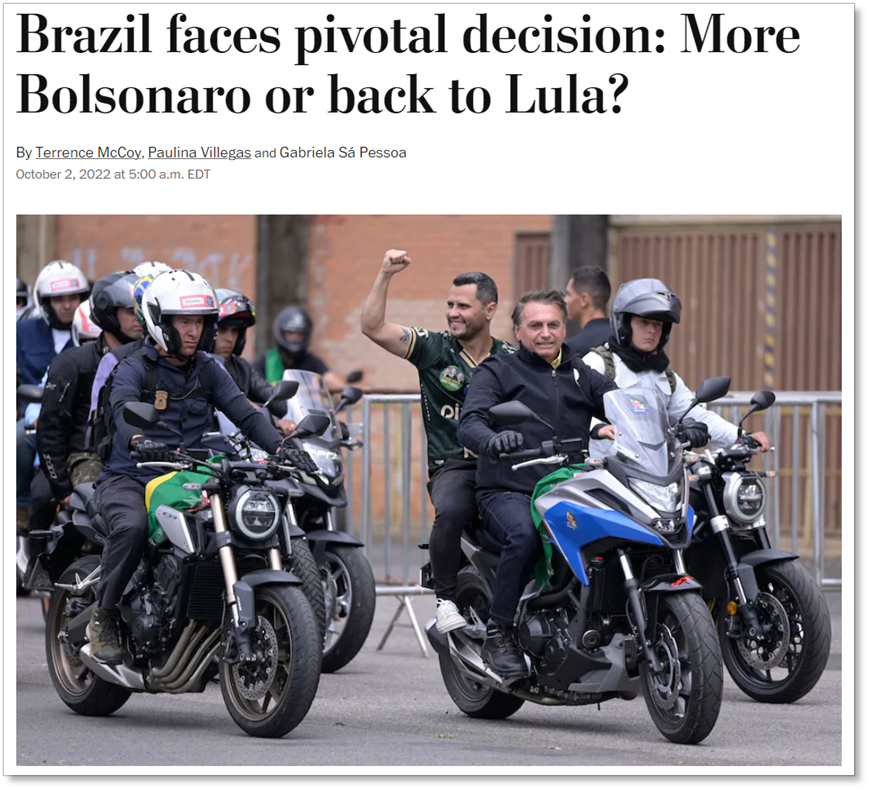 Earlier, on Thursday (September 29), the North American newspaper published an editorial in which it relates the possible return of Lula for a 3rd term with left-wing populism on the rise in Latin America. “From Argentina to Mexico, the red wave brought less freedom and more difficulties”, he stated.

While portraying Bolsonaro as a leader “impetuous and politically incorrect” in comparison with “an activist Supreme Court” and “target of the country’s powerful left-wing press”, relates Lula to Fidel Castro and the São Paulo Forum, and cites corruption scandals.

“Socialists sometimes used their electoral popularity to crush democratic institutions and stay in power.“, said. In the newspaper’s opinion, the elections should go to the 2nd round, because “the country deserves a clash of views”.

Leaving for the other side of the Atlantic, in Portugal, the Public set aside an area of ​​the site exclusively for news about the elections in Brazil. In a post, he said that the vote puts Brazilian democracy to the test and addressed the possibility that Bolsonaro will not accept defeat. 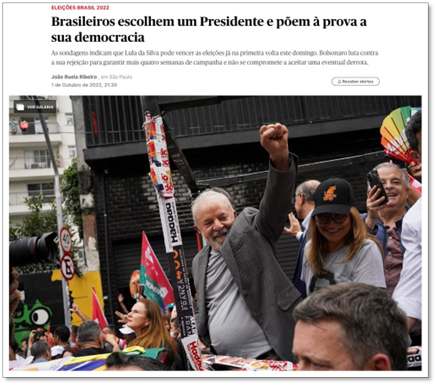 already the newspaper Express highlighted an interview in which comedian Fábio Porchat criticizes the president: 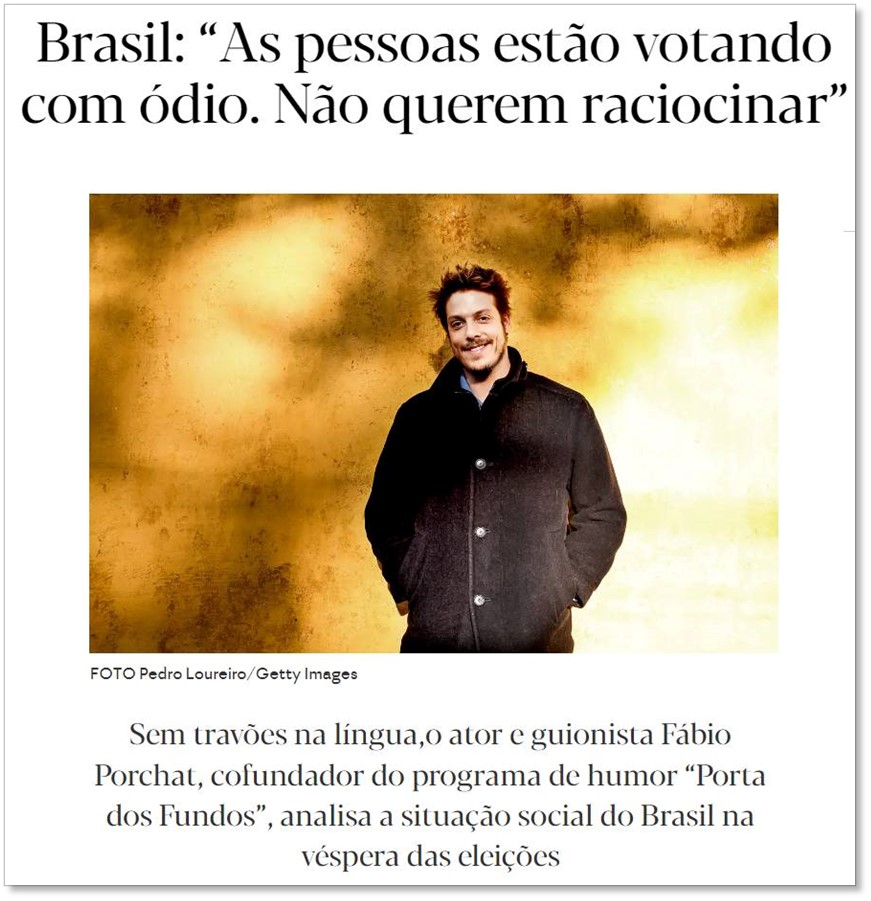 The Spanish version of The Country published profiles of the leaders of the Brazilian electoral race:

The french Le Figaro stated that the duel “tests the solidity of institutions in Latin America’s largest country”, while putting Brazilian democracy to the test. 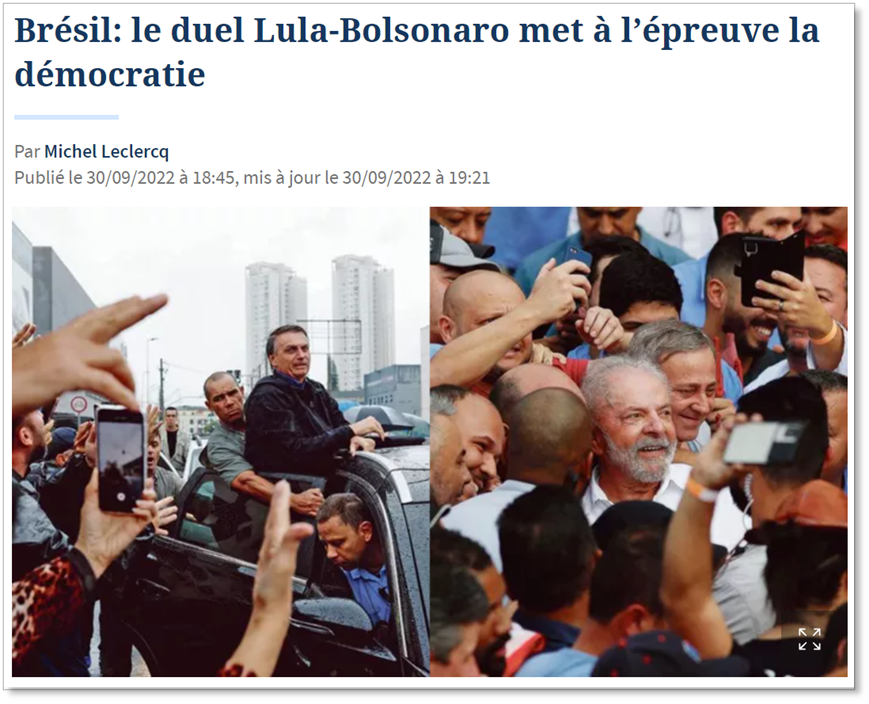 O guardianfrom the United Kingdom, talks about the importance of deciding the elections in the 1st round because of fear and violence. 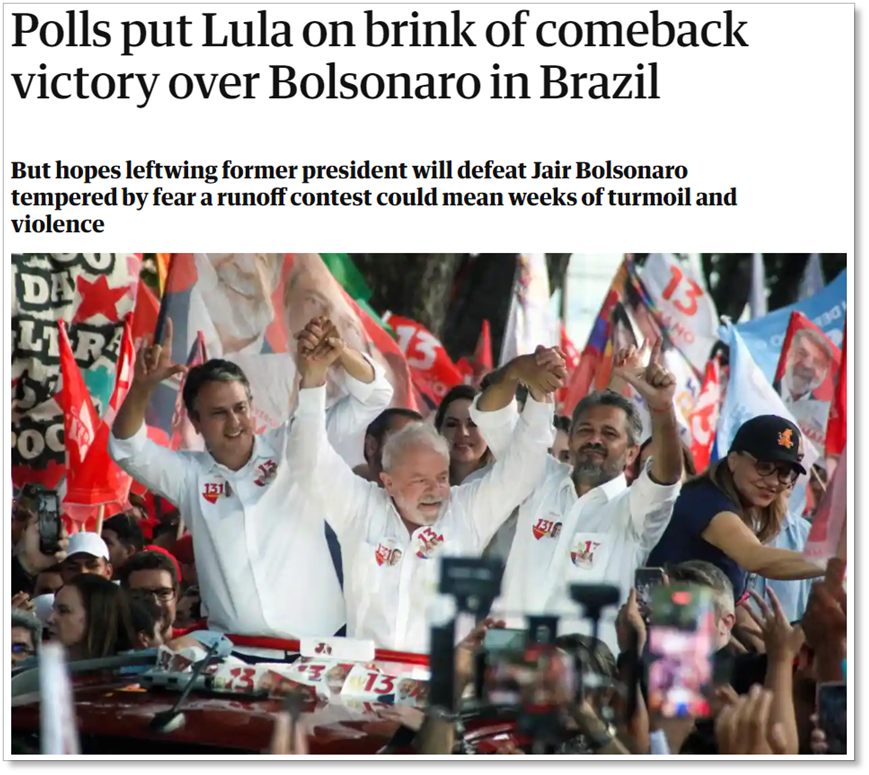 Finally, the British economic newspaper Financial Times did interviews with businessmen and religious leaders who prefer Bolsonaro, and voices from the periphery, who defend Lula. Politicians such as federal deputy and candidate for reelection Tabata Amaral (PSB) and presidential candidate Felipe D’Avila (Novo) participated with testimonies.

Previous Ten Hag explains Cristiano Ronaldo on the bench at City vs United: “Respect for your career” | english football
Next “He’s a star and would be a bargain”; Palmeiras fans campaign on the web for Leila to hire ‘executioner’ from São Paulo for R$ 7.5 million