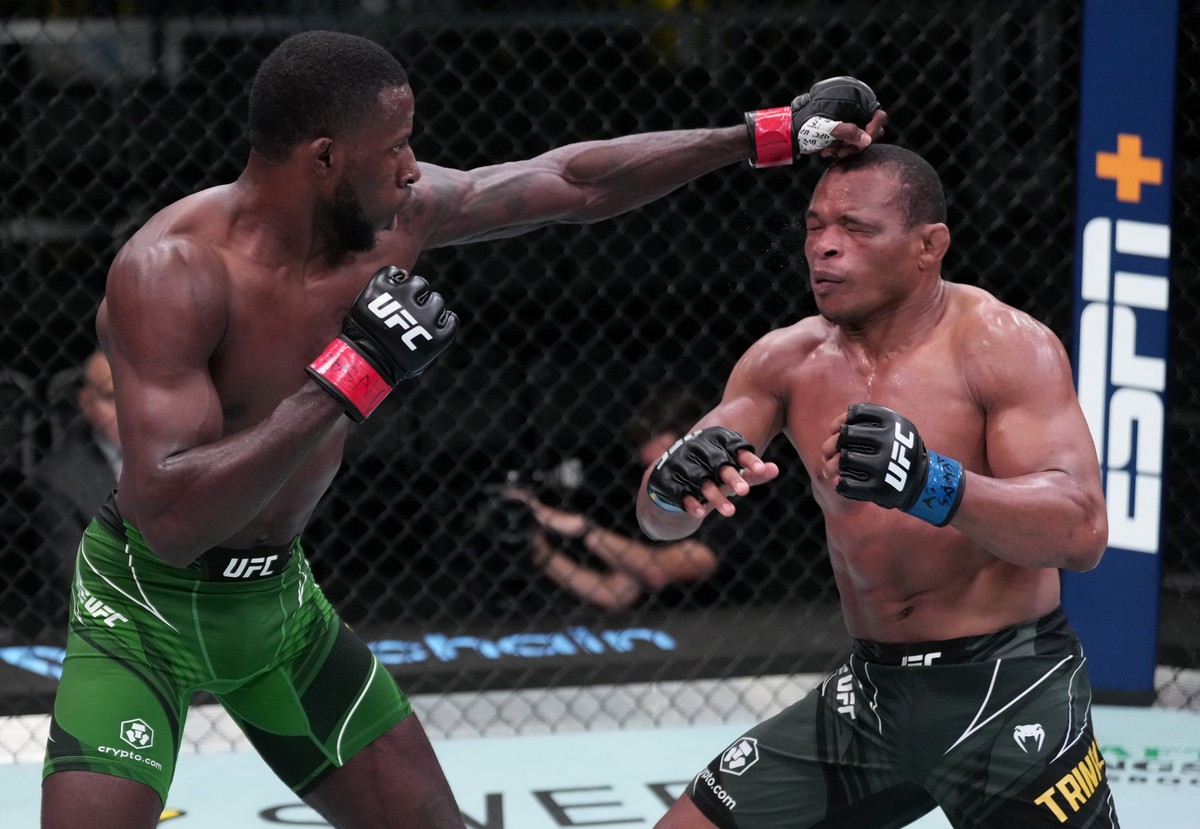 Francisco Massaranduba showed his usual will, but it wasn’t enough to beat Randy Brown in the co-main event of UFC Dern x Yan, this Saturday, in Las Vegas (USA). The Brazilian had a good third round, but was outclassed in the first two and lost by unanimous decision (29-28 triple).

Massaranduba showed difficulty getting into the Jamaican’s range of action due to the difference in height and was betting on low kicks, but, near the middle of the round, he suffered a knockdown. The Brazilian recovered quickly, closed the distance and put Brown down even after the opponent held the fence aggressively, but lost the position when trying an armbar. In the final seconds, the Jamaican still tried a choke, but didn’t have time to get the submission.

The second round was spent practically the entire time in striking, with Brown controlling the distance well. Only in the final minute that the Brazilian managed to shorten to try the takedown, but he was unsuccessful. The scenario looked similar in the last round, but, with about three and a half minutes to go, Massaranduba unbalanced the opponent with a low kick and took advantage of it to get on top of the ground. He controlled Brown on the ground, but was blunt for whoever was outnumbered after two rounds.

After two straight defeats, Raoni Barcelos found his way to victories in great style. With a dominant performance, the bantamweight didn’t give Trevin Jones a chance and won by unanimous decision (30-25, 30-27 and 30-27). The Brazilian asked to fight on the Rio de Janeiro card, on January 21st.

Standing up, the fight was balanced, but when Raoni put it down, the American dominated. He got the mount with ease, even tried to submit with an Ezequiel and ended the round on ground and pound, but his rival resisted. In the second round, the Brazilian landed a good flying knee and then managed to take it to the ground. Aggressive from above, he connected hard punches, but Jones again held on until the end of the round. In the final five minutes, Barcelos dominated, this time in striking most of the time.

In the best fight on the preliminary card, Daniel Willycat showed that heart is a mandatory requirement at Chute Boxe/Diego Lima, a team in which Charles do Bronx also trains. After being dominated by John Castañeda with two knockdowns, the Brazilian reacted in the second round and got the knockout at 4:28 with a knee in the clinch. It was his first victory in Ultimate in two fights.

The first round was difficult for the Brazilian, who took two knockdowns, but survived on the ground. Standing, WIllycat took many blows, however, showed heart and did not stop attacking, ensuring an exciting fight in the opening five minutes. After being punished in the first round, the Brazilian grew up, hit good shots, and Castañeda began to show the first signs of fatigue. In the final stretch, Willycat was precise with his hands, shook his rival and led to a surprising knockout after a knee.

Netto BJJ entered the octagon pressured by two defeats in the last fights, but he had a great performance. The lightweight (up to 70kg) showed a good level of striking in attack and defense and got the TKO at 3min08s of the second round against Jesse Ronson after landing a beautiful flying knee.

The first round was balanced until the final stretch, when Netto BJJ connected a combination with a flying knee that left his rival bewildered, but the American was saved by the bell. In the second round, the Brazilian managed to be effective earlier, again with two beautiful knees that took Ronson to the ground. With his opponent down, he finished the service on ground and pound.

The event was busy from the start. In the very first fight, the Argentine Guido Cannetti, 42, showed that he still has wood to burn and surprised the favorite Randy Costa by finishing with a rear naked choke in the first round and packing his second victory in a row. Shortly after, it was Chelsea Chandler’s turn to knock out Julija Stoliarenko, also in the first round.

Next, Brandon Allen showed a lot of technique and ground speed to fit a rear naked choke on Krzysztof Jotko in another confrontation that ended in the opening round. On the main card, Sodiq Yusuff needed just 30 seconds to finish Don Shainis with a guillotine.

Mexico vs Brazil in UFC live and exclusive in Combat