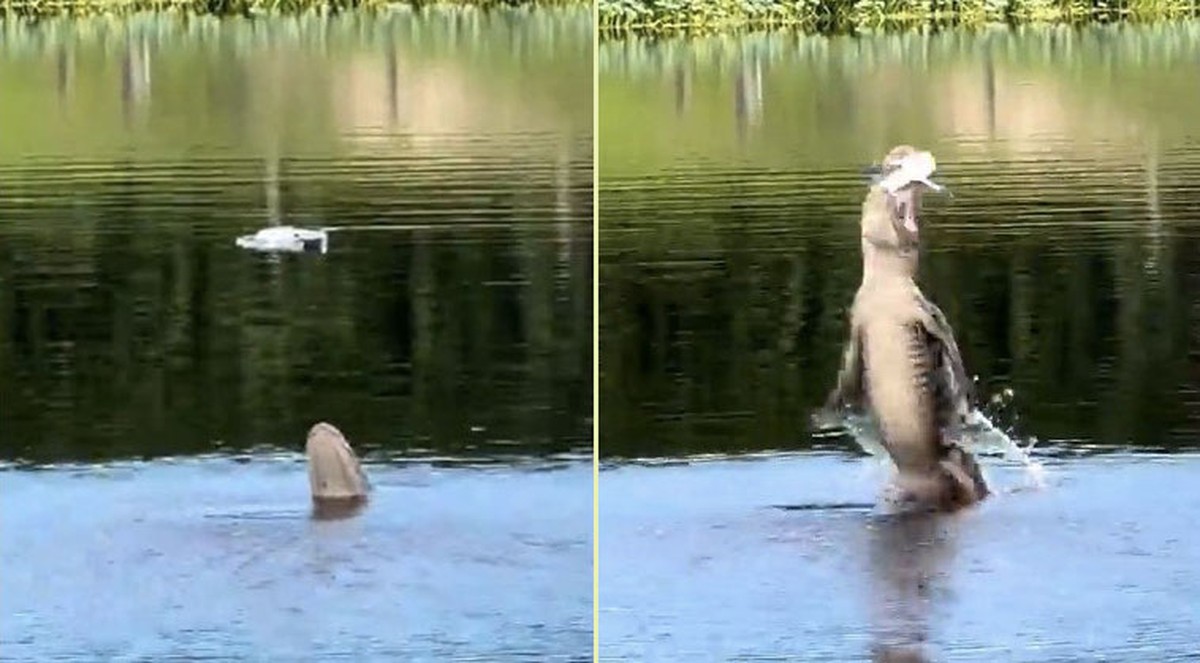 Alligator jumps from lake and snaps up drone in Florida; see | biodiversity

A Florida realtor, in the US, had a tremendous scare – and damage – while doing drone footage in Palm Beach, full of beaches and lagoons. He was trying to capture images of his girlfriend’s new boat when he spotted an alligator swimming in the lagoon and decided to bring the device closer to the animal to film it.

“I’ve lived in Florida for almost 30 years and I see alligators often, but I’ve never seen anything like it,” he added, regretting having lost the “brand new” device he used to film properties he sold.

While the broker was stunned, his family enjoyed themselves. “My 11-year-old son thought it was the funniest thing in the world,” he told DailyMail. See what happened below, which includes scenes captured by the drone itself before the device was snapped up by the animal:

While this is not a common incident, Florida alligators are excellent jumpers. Even from a resting state, they can jump up to two meters when they deem it necessary. They are known to jump so they can reach a tree branch or even attack their prey.

“When hunting large animals, alligators are often at a certain disadvantage as they are very low to the ground. To ensure they have a chance to pull a large animal like a deer, the alligator will jump pointing at the prey’s neck in hopes that the animal loses its balance and falls”, explains the website Wild Florida.

Previous Will new technologies take the place of the PIX? Find out what the experts say
Next Series: Top premieres of October 2022 – Television news and series