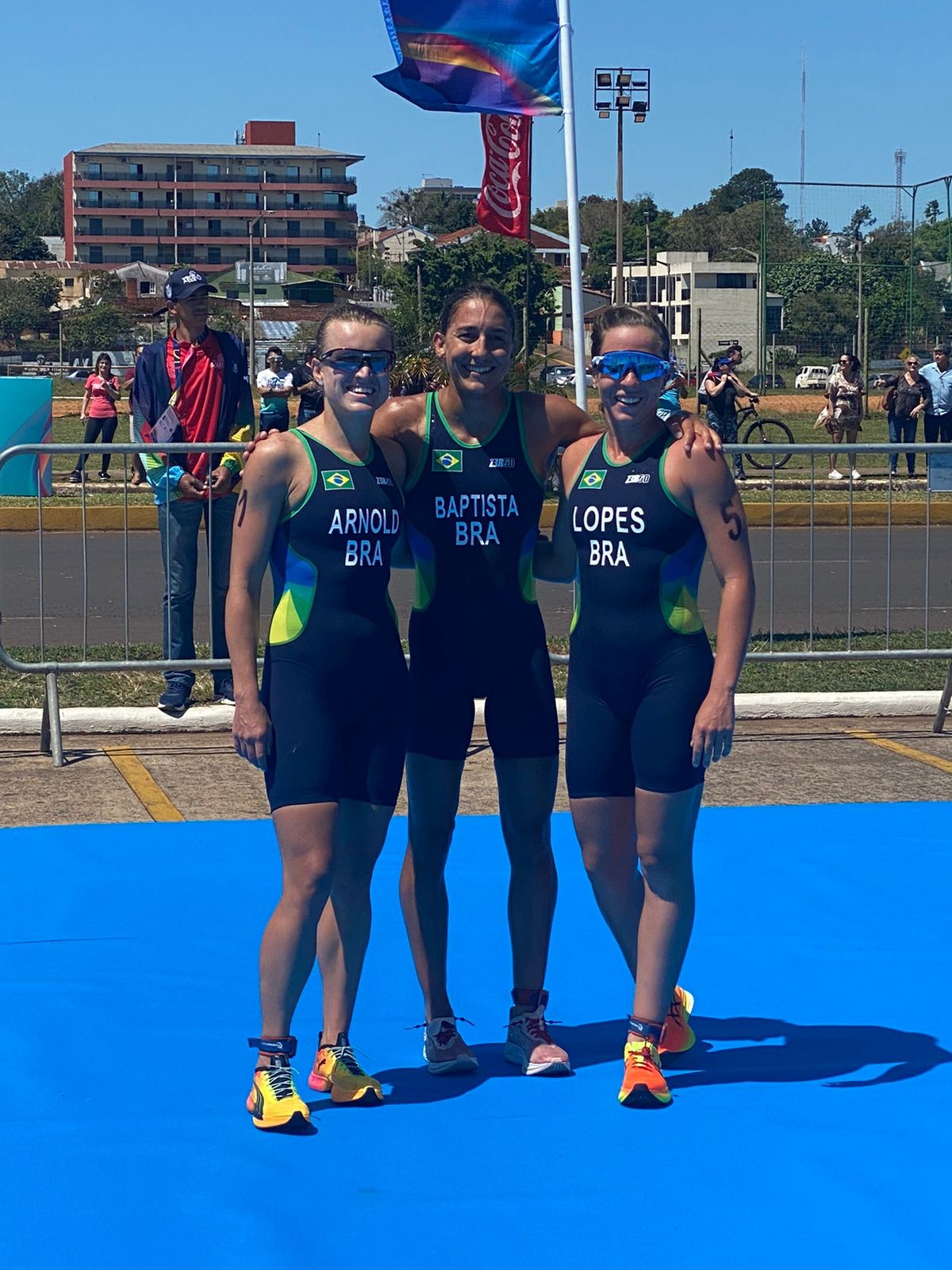 On the first day of medal dispute at the South American Games in Asunción, in Paraguay, Brazil has already managed to completely dominate a podium. It was in the women’s triathlon. Luisa Baptista took gold, Vittoria Lopes took silver and Djenyfer Arnold closed the Brazilian triple with bronze.

– I am really happy. In addition to gold, we got silver and bronze in the women’s and gold and silver in the men’s. Total dominance of Brazil in the South American Games. Vittoria comes out very strong in swimming and cycling and I knew she would have to keep me in the peloton to try to win the race – said Luisa Baptista, who took gold by overtaking Vittoria Lopes in the final stretch of the race.

The complete podium conquered in Encarnación, a city in the south of Paraguay, confirms the great phase of the Brazilian triathlon, which has accumulated good results in stages of World Cups and international competitions in recent months. In the men’s, Brazil took the gold from Miguel Hidalgo and the silver from Manoel Messias.

SKATEBOARD
Brazil also got the two highest places on the podium in the women’s skate contest. Gold went to Gabi Mazetto and silver to Carla Karolina. The third place was the Colombian Jasmíz Bedoya. The Asuncion Games mark the sport’s debut in the South American Championship. Skateboarding will also make its debut at the Pan American Games next year in Santiago.

– I dedicate this victory to my daughter Liz. I believe that I trained a lot, managed to hit the maneuvers I wanted, willpower together. It was all working out and I was able to add up the points. Wonderful to have this double, let’s take home two medals. Too happy to represent the country, make this dream come true, wear this shirt, the uniform and I feel fulfilled – said Gabi.

– I’m very happy, all the training sessions were worth it, it’s very gratifying to be on the podium together with all the guys from the Brazilian team. I really enjoy talking to people while I’m waiting to get on the track, distracting my mind to be relaxed on the track. I think having everyone’s support at the edge of the track helped me a lot. I’m quite satisfied with this second place, along with Gabi on the podium. Getting on the podium is good, but next to another Brazilian is much better – said Carla.

FIRST MEDAL IN THE SULA
Brazil’s first medals at the Asunción South American Games came out this Sunday morning in mountain biking. And right away it was gold, in a women’s competition. Raiza Goulão won the gold medal in the MTB, in Encarnación, after finishing the race in 1h28min25s. The also Brazilian Hercília Narjara took the bronze, in 1h29min50s. The podium was completed by the Argentine Augustina Maria Plaza, who won the silver with 1h29min20s.

With the result, Raiza also secured a spot for the country in MTB at the Pan American Games in Santiago, in October 2023. Raiza represented Brazil at the Rio 2016 Olympic Games. The Brazilian also won the Pan American title of the modality in 2018. .

– I am really happy. It’s been an enriching season finale. Representing Brazil in this Mission is very motivating, it is a kick-off for the next stages, which are the Pan American Games and the Olympic Games. I can only thank Team Brazil – said Raiza.

In the men’s competition, the Brazilian Gustavo Xavier won the gold medal, with 1h29min56s and João Gabriel took the silver, with 1h30min29s. Colombian Fabio Monsalve won bronze, with 1h30min52s.

The men’s MTB also won a spot for Brazil in the Pan de Santiago 2023.

Previous What happens if Bolsonaro questions the results of the polls?
Next Zelensky says Lyman is ‘completely free’ of Russian troops – News