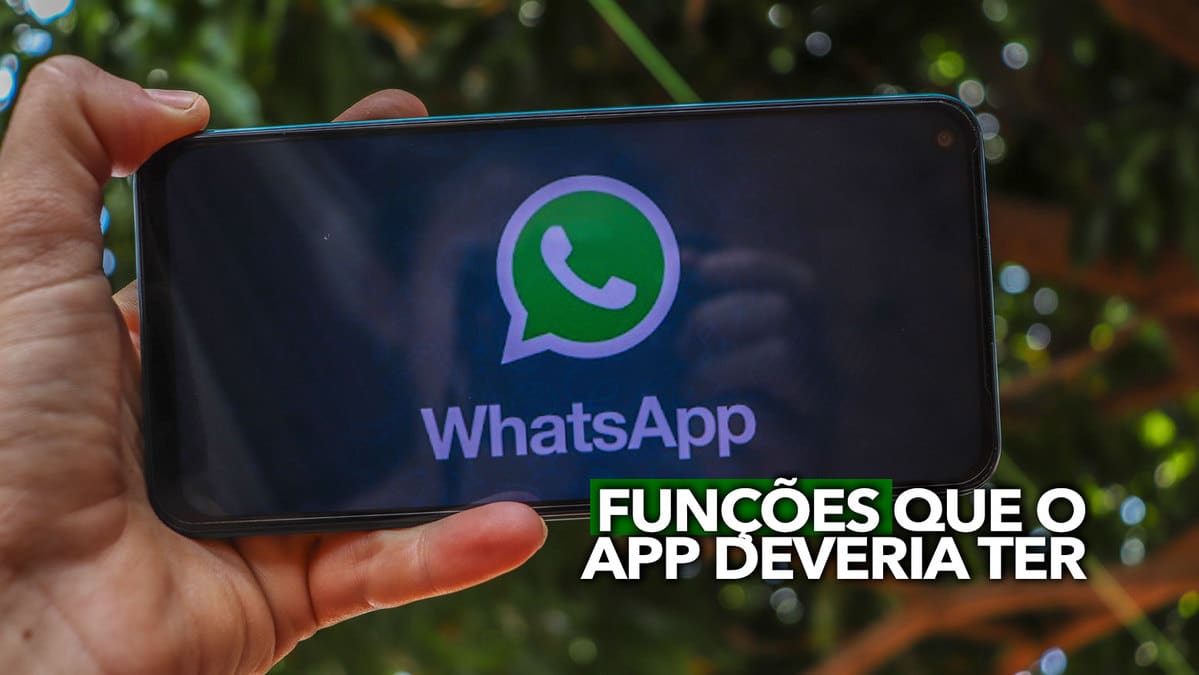 Discover 8 NECESSARY WhatsApp functions that have not yet been released

WhatsApp is, in fact, the most used messaging app in the world on Android and iPhone (iOS) phones. Guaranteed top for its easy usability, one of the reasons why the messenger is so popular. Over the years, WhatsApp has released several extra functions; but despite this, some features that are highly requested by users are still present in the app.

With that in mind, we at Pronatec.pro have put together some functions that are not yet available on WhatsApp, but that could greatly improve the experience of using the app. Want to know what they are? So, check it out throughout this review!

Find out what each one is below.

Look: Hiding WhatsApp Last Access Time Can Be a Big Mistake: Understand Why

A feature much requested by users that WhatsApp has not yet made available are folders to organize stickers. The function could be useful to find saved stickers more easily, for example, or even to keep the menu more organized, separated by theme.

In this way, it would be possible to create folders with the stickers and thus send them faster in conversations with friends. Nowadays, the messaging app allows users to search for stickers using the magnifying glass, but the search tool has some flaws and, in this case, it ends up being of little use to find specific stickers.

Another function that WhatsApp could have is the scheduling of messages, in the same way as in email apps like Gmail, for example. With it, it would be possible to program messages so that the texts were sent on pre-defined days and times, which would facilitate some sending. With the feature, the user could, for example, schedule messages when he went on vacation. Or, help send reminders and happy birthday messages to contacts.

A feature that is also of interest to many messenger users is the possibility to activate a “busy mode” in WhatsApp. The function could work similarly to the tool that existed on MSN, in which it was possible to add a red flag next to the name and around the photo so that the contacts received an alert that the user was not online.

That way, it would be possible to take time to respond to messages without major inconvenience. And, in addition, it would also be interesting for the function to disable – for a moment – ​​the notifications of the messenger, to avoid possible distractions.

The messenger should pay more attention to biometrics and facial recognition tools on cell phones, using them in privacy-focused functions. One of them could allow users to activate security tools to hide specific chats, for example.

That way, you would have to use your fingerprint or Face ID to open a conversation with a specific contact. And, as a consequence, it would guarantee more protection to chats that deal with confidential matters.

Other functions that should be present in WhatsApp

5. Use GIF as profile picture

Another option that WhatsApp could have is to add GIFs or animated videos to the profile picture of the messenger. A similar feature is already available on Telegram, and in this sense, the Meta messaging app could release a similar function to make profile pictures more fun.

6. Permission for strangers to send messages

Another security feature that could be added by WhatsApp is message requests from unknown contacts. With the function, it would be necessary for unsaved contacts in the phone’s phonebook to ask the recipient’s permission before sending a message – as is already the case on Instagram, for example. The sender, in turn, would only be able to send the text after the recipient accepted the request. This would avoid receiving spam and phishing scams.

Another function that is very desired by messenger users is the screen capture warnings – the famous “print”. WhatsApp has not yet made the function available and has not yet given indications that it will launch it in the future. However, the feature would be quite useful to know when users take screenshots in the conversation tab. In addition, another possibility would be to disable screenshots in your conversations, which could increase security in relation to the content you send and receive.

Finally, the function of muting specific people in a group would allow the user not to receive notifications from the contact even when participating in a collective chat with him. So, instead of muting the entire group and stopping receiving chat alerts, it would be possible to stop notifications for just one contact.

Look: ATTENTION: your WhatsApp may be blocked if you are using any of these devices

Previous Inzaghi arrives under pressure at Inter for the game against Barcelona: “I’m used to it” | Champions League
Next Cara Delevingne and Margot Robbie clash with paparazzo in Argentina