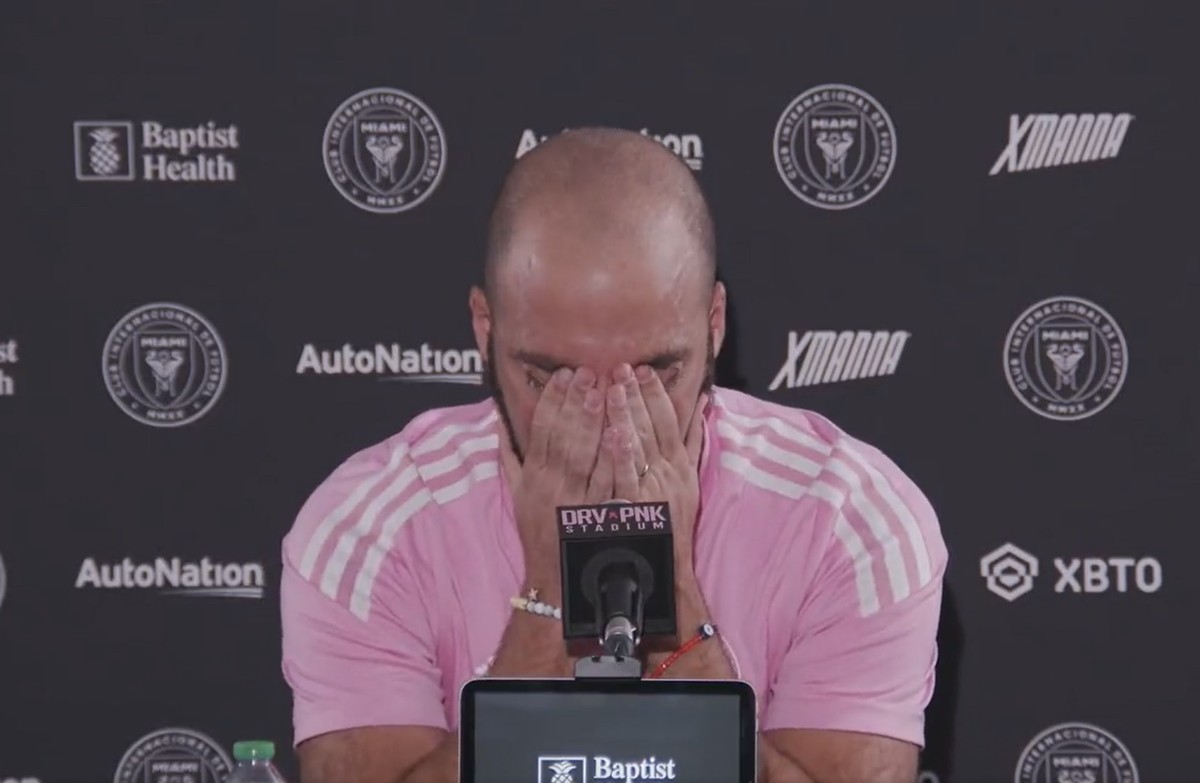 Higuaín, ex-Real Madrid, announces retirement at the end of the year | international football

Forward Gonzalo Higuain, ex-Real Madrid, announced this Monday that he will retire at the end of the current MLS season, representing Inter Miami.

At 34, the player hangs up his boots after three seasons at David Beckham’s club in United States football.

Higuaín gets emotional when he announces his retirement at the end of the year — Photo: Reproduction/Inter Miami

Higuaín was revealed by River Plate, where he stood out until he was sold to Real Madrid in 2007. In seven seasons at the Spanish club, he won LaLiga three times, twice the Spanish Super Cup and once the Copa del Rey.

On the European continent, he also had remarkable stints at Napoli and Juventus, where he won the Serie A three times, three times the Coppa Italia and once the Italian Super Cup. On loan, he also passed, lackluster, through Milan and Chelsea.

Higuaín had a long stint with the Argentine national team, where he did not win any titles, but played in three World Cups: 2010, in South Africa, 2014, in Brazil, and 2018, in Russia.

Representing his country, he was marked by goals missed in decisions such as the 2014 World Cup, against Germany, and in the Copa América final against Chile, in 2015 and 2016. In all, he scored 31 goals in 75 games for Argentina. .

Higuaín loses a goal against Chile in the 2015 Copa América final – Photo: AP